Montroty is a commune in the Seine-Maritime department in the Normandy region in northern France.

She began as a figurative dancer, from 1753 to 1772, under the name of Mlle Sophie, before becoming an actress until 1775. In 1762, Chevrier wrote that "she plays all sorts of roles indifferent well - she shares, by economy, the reading of sieur Duranci".

In 1766, the comic-actors clubbed together to head the Théâtre de Bruxelles. This association was made up of D'Hannetaire and his two daughters Eugénie and Angélique, Mlle Rosalide, Compain, Prévost, Le Petit, Dubois, Durancy, D'Rozely, Serville, Grégoire, Mme Granier, Mme De Foye (Suzette Defoye) and Sophie Lothaire. 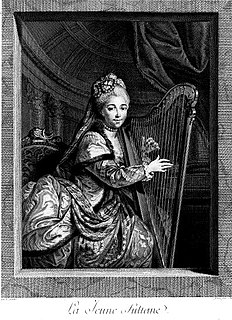 From 1777 to 1783, Sophie Lothaire shared the direction of the theatre with Louis-Jean Pin and Alexandre Bultos. When this arrangement hit financial difficulties, she returned to France, to Versailles, where she tried to recoup the sums still owed to her. 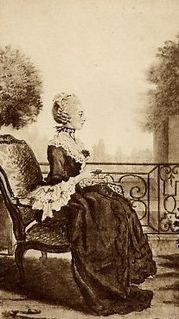 Anne Françoise Elisabeth Lange was a French actress of the Comédie-Française and a "Merveilleuse" of the French Directory. Her stage name was Mademoiselle Lange.

Marie-Madeleine Guimard was a French ballerina who dominated the Parisian stage during the reign of Louis XVI. For twenty-five years she was the star of the Paris Opera. She made herself even more famous by her love affairs, especially by her long liaison with the Prince of Soubise. According to Edmond de Goncourt, when d'Alembert was asked why dancers like La Guimard made such prodigious fortunes, when singers did not, he responded, "It is a necessary consequence of the laws of motion".

La Clairon, French actress, whose real name was Clair Josèphe Hippolyte Leris, was born at Condé-sur-l'Escaut, Hainaut, the daughter of an army sergeant. 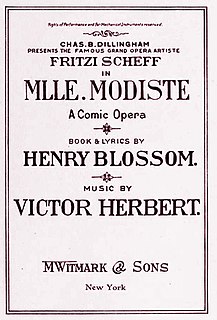 Mlle. Modiste is an operetta in two acts composed by Victor Herbert with a libretto by Henry Blossom. It concerns hat shop girl Fifi, who longs to be an opera singer, but who is such a good hat seller that her employer, Mme. Cecil, discourages her in her ambitions and exploits her commercial talents. Also, Fifi loves Etienne de Bouvray, who returns her love, but his uncle, Count Henri, opposes their union. The operetta features the song "Kiss Me Again".

Françoise-Ambroise Acolet, called Mademoiselle Ambroisine, was a French actress and ballet dancer. She was considered the leading lady of romantic ballet in Brussels during the 1832 to 1836. 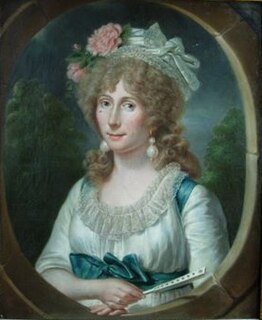 Françoise "Fanchon" Pitel de Longchamp was a French actress. She retired from the theater in 1701 and became a mistress of Louis, le Grand Dauphin, by whom she had three daughters. 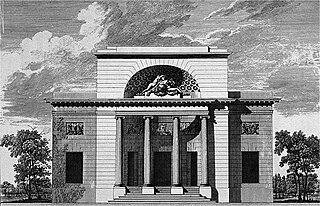 Marie-Madeleine Guimard was a ballerina at the Paris Opera and earned 600 Francs per year. She made her fortune as mistress of the Prince de Soubise and had a hôtel particulier, or mansion, in Pantin, a Paris suburb. It boasted its own theater.

Jeanne Quinault, was a French actress, playwright and salon hostess. 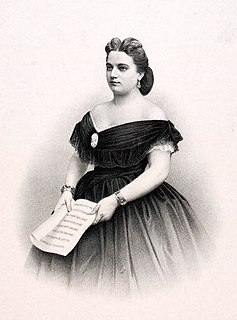 Madame Papavoine née Pellecier was a French composer. She married violinist Louis-August Papavoine some time before 1755. Nothing else is known about Madame Papavoine; even her first name is a mystery. After 1761, her name is no longer mentioned.

Adèle-Louise-Pauline Leroux was a French dancer and ballerina of the 19th-century Romantic ballet era and a member of the Paris Opera Ballet.

Marie-Anne Botot was a French comic actress. She was born and died in Paris. Her stage name was Mlle Dangeville la jeune.