Sospel (Mentonasc: Sospèl, Italian Sospello) is a commune (municipality) and former schismatic episcopal seat (1381-1418) in the Alpes-Maritimes department in southeastern France near the Italian border and not far from Monte Carlo.

The town dates back to the 5th century, when it served as an important staging post on the royal road from Nice to Turin. Its main monument is the former cathedral.

During the Western Schism, the Diocese of Ventimiglia (Vintimille in French) was split : the canonical bishop, still residing in Ventimiglia, obedient to the Pope in Rome, controlled the territories dependent of the Italian dogal Republic of Genoa, but an uncanonical line of rival anti-bishops (1381-1418), obedient to the Antipope of Avignon, established their schismatical see 'of Ventimiglia' in Sospel(lo), with sway over the diocese's 'French' territories dependent on the County of Savoy and the lordship of Tende.

After Ventimiglia's diocesan authority was restored in 1412 as the jurisdiction now known as the Diocese of Ventimiglia-San Remo, Sospel was assigned to what is now the Diocese of Nice, France, and its former cathedral was demoted to simple church.

"a picturesque little city lost between the last counterforces of the Alps, two hours and half from Mentone by coach... It is one of the most retired and quietest corners of France, the most dreaded by revenue officers and by the Alpine hunters. But the road which leads to it is one of the most beautiful in the world." 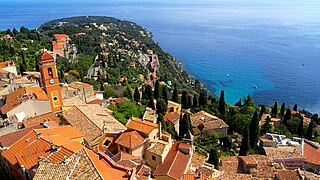 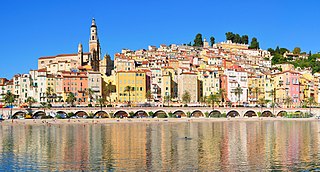 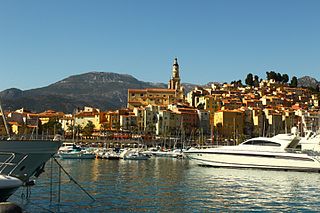 Menton is a commune in the Alpes-Maritimes department in the Provence-Alpes-Côte d'Azur region on the French Riviera, close to the Italian border.

The Roman Catholic Diocese of Condom was a French bishopric based in Condom from 1317 to 1801. 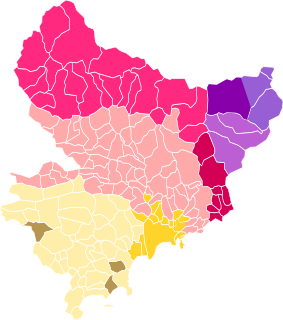 Mentonasc is a Romance dialect historically spoken in and around Menton, France. It is classified as a dialect of Occitan and a sub-dialect of Vivaro-Alpine, with some strong influence from the neighbouring Intemelian Ligurian dialect spoken from Ventimiglia to San Remo.

Vence is a commune set in the hills of the Alpes Maritimes department in the Provence-Alpes-Côte d'Azur region in southeastern France between Nice and Antibes. 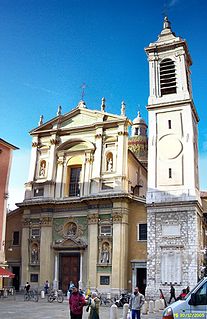 Tende is a commune in the Alpes-Maritimes department in southeastern France. 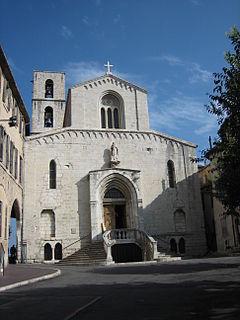 Grasse Cathedral is a 12th-century Roman Catholic church located in Grasse, France. The former cathedral is in the Romanesque architectural style, and is a national monument. It is now the church of Notre-Dame-du-Puy. 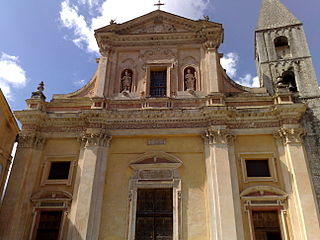 Sospel Cathedral is a Roman Catholic church and former cathedral in the town of Sospel, France. 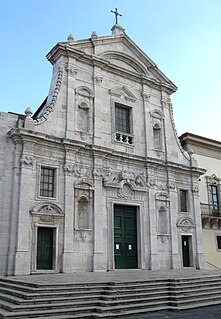 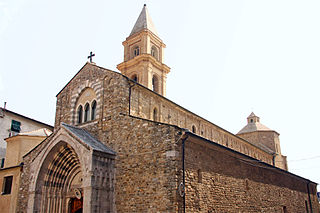 Auribeau-sur-Siagne is a commune in the Alpes-Maritimes department in the Provence-Alpes-Côte d'Azur region of south-eastern France. 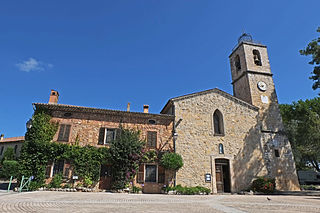 Le Rouret is a commune in the Alpes-Maritimes department in southeastern France. 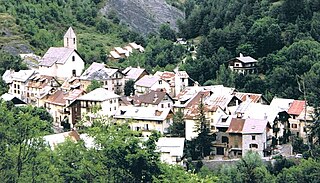 Entraunes is a commune in the Alpes-Maritimes department in southeastern France.

Henri Puppo was a professional road bicycle racer. He was born Italian, but changed his nationality to French in 1937. Puppo won one stage in the 1937 Tour de France. 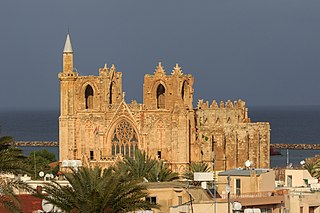 The Roman Catholic Diocese of Famagusta was a Latin rite diocese with see in the city of Famagusta, on the island of Cyprus during the crusader rule, and is now a Latin Catholic titular see.