South Kordofan (Arabic : جنوب كردفان‎Ǧanūb Kurdufān) is one of the 18 wilayat or provinces of Sudan. It has an area of 158,355 km² [2] and an estimated population of approximately 1,100,000 people (2000). [3] Kaduqli is the capital of the state. It is centered on the Nuba Hills. At one time it was supposed that South Kordofan was the only state in (North) Sudan suitable for producing oil, but oil has also been discovered in neighboring White Nile State in larger quantities. [4]

Under the Comprehensive Peace Agreement, residents of South Kordofan were to hold popular consultations in 2011 to determine the constitutional future of the state. However, South Kordofan governor Ahmed Haroun suspended the process and violence followed. [5] Haroun had previously been charged with war crimes against civilians and crime against humanity by the International Criminal Court. However, many African Countries have exited the ICC as a consequence of perceived unfair attention towards Africa by the ICC, as nine of the court’s ten full-fledged investigations involve African politicians and warlords.

Although South Kordofan is part of Sudan, it is home to many pro-South Sudan communities, especially in the Nuba Mountains, some of whom fought alongside southern rebels during the long civil war. [6]

In 2009 and 2010, a series of conflicts between rival nomadic tribes in South Kordofan caused a large number of casualties and displaced thousands.

On June 6, 2011 armed conflict broke out between the forces of Northern and Southern Sudan, ahead of the scheduled independence of the South on July 9. This followed an agreement for both sides to withdraw from Abyei. [7] [8] On June 20, the parties agreed to demilitarize the contested area of Abyei where Ethiopian peacekeepers were deployed. [9] Abyei is currently controlled by the United Nations Interim Security Force for Abyei. [10]

Cities and towns of Southern Kordofan 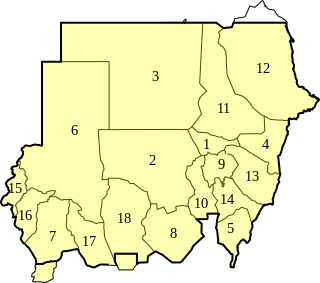 Below is a list of the 18 states of Sudan, organized by their original provinces during the period of Anglo-Egyptian Sudan. Arabic language versions are, as appropriate, in parentheses. Prior to 9 July 2011, the Republic of Sudan was composed of 25 states. The ten southern states now form part of the independent country of South Sudan. Two additional states were created in 2012 within the Darfur region, and one in 2013 in Kordofan, bringing the total to 18.

The Baggāra are a grouping of Arab ethnic groups inhabiting the portion of Africa's Sahel mainly between Lake Chad and southern Kordofan, numbering over six million. They are known as Baggara in Sudan, and as Shuwa/Diffa Arabs in Chad and Nigeria. 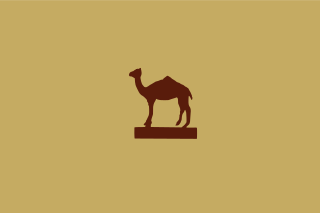 Kordofan is a former province of central Sudan. In 1994 it was divided into three new federal states: North Kordofan, South Kordofan and West Kordofan. In August 2005, West Kordofan State was abolished and its territory divided between North and South Kordofan States, as part of the implementation of the Comprehensive Peace Agreement between the Government of Sudan and the Sudan People's Liberation Movement. West Kordofan was reestablished in July 2013.

The Nuba Mountains, also referred to as the Nuba Hills, is an area located in South Kordofan, Sudan. The area is home to a group of indigenous ethnic groups known collectively as the Nuba peoples. In the Middle Ages, the Nuba mountains probably had been part of the Nubian kingdom of Alodia. In the 18th century, they became home to the kingdom of Taqali that controlled the hills of the mountains until their defeat by Mahdi Muhammad Ahmad. After the Mahdi's defeat by the British, Taqali was restored as a client state. Infiltration of the Messiria tribe of Baggara Arabs has been influential in modern conflicts. 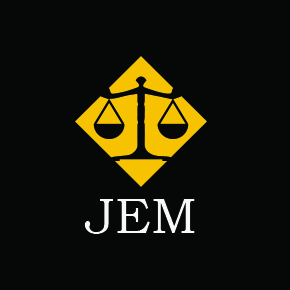 The Justice and Equality Movement is an opposition group in Sudan founded by Khalil Ibrahim. Gibril Ibrahim has led the group since January 2012 after the death of Khalil, his brother, in December 2011. JEM's political agenda includes issues such as: radical and comprehensive constitutional reform to grant Sudan's regions a greater share of power in ruling the country, the replacement of social injustice and political tyranny with justice and equality, and basic services for every Sudanese.

The United Nations Mission in the Sudan (UNMIS) was established by the UN Security Council under Resolution 1590 of 24 March 2005, in response to the signing of the Comprehensive Peace Agreement between the government of the Sudan and the Sudan People's Liberation Movement on January 9, 2005 in Sudan. 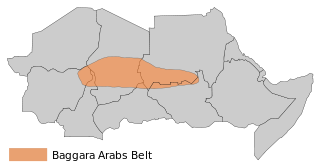 The Messiria, known also under the name of Misseriya Arabs, are a branch of the Baggara ethnic grouping of Arab tribes. Their language is the Sudanese Arabic. Numbering over one million, the Baggara are the second largest ethnic group in Western Sudan, extending into Eastern Chad. They are primarily nomadic cattle herders and their journeys are dependent upon the seasons of the year. The use of the term Baggara carries negative connotations as slave raiders, so they prefer to be called instead Messiria.

The Daju people are a group of seven distinct ethnicities speaking related languages living on both sides of the Chad-Sudan border and in the Nuba Mountains. Separated by distance and speaking different languages, at present, they generally have little cultural affinity to each other.

Ahmed Mohammed Haroun is one of five Sudanese men wanted by the International Criminal Court (ICC) for war crimes and crimes against humanity in Darfur. Despite international pressure on the government of Sudan to surrender him to the ICC, Haroun served as Sudan's Minister of State for Humanitarian Affairs until May 2009 when he was appointed to the governorship of South Kordofan. In September 2007, he was appointed to lead an investigation into human rights violations in Darfur. In July 2013 he resigned as Governor of South Kordofan, and was reappointed by Omar al-Bashir as Governor of North Kordofan. On 1 March 2019, President Omar al-Bashir handed over the running of the country's leading political party, the National Congress, to him. He was arrested in April 2019 by local authorities in Sudan following a coup which overthrew al-Bashir. 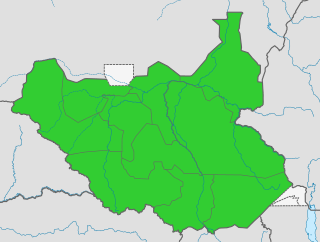 A referendum took place in Southern Sudan from 9 to 15 January 2011, on whether the region should remain a part of Sudan or become independent. The referendum was one of the consequences of the 2005 Naivasha Agreement between the Khartoum central government and the Sudan People's Liberation Army/Movement (SPLA/M).

The Abyei Area is an area of 10,546 km2 or 4,072 sq mi on the border between Sudan and South Sudan that has been accorded "special administrative status" by the 2004 Protocol on the Resolution of the Abyei Conflict in the Comprehensive Peace Agreement (CPA) that ended the Second Sudanese Civil War. The capital of Abyei Area is Abyei Town. Under the terms of the Abyei Protocol, the Abyei Area was considered, on an interim basis, to be simultaneously part of both the Republic of Sudan and the Republic of South Sudan, effectively a condominium.

Abyei is a border town currently in the Abyei Area that is disputed by Sudan and South Sudan. The U.N. estimated the town's population at around 20,000 previous to May 2011 events. 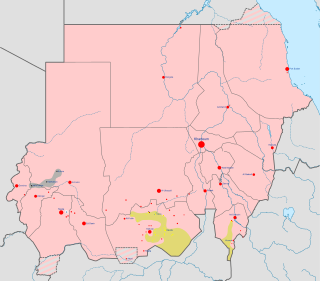 The Sudanese conflict in South Kordofan and Blue Nile, also referred to by some media as the Third Sudanese Civil War, is an ongoing armed conflict in the Sudanese southern states of South Kordofan and Blue Nile between the Sudanese Army (SAF) and Sudan People's Liberation Movement-North (SPLM-N), a northern affiliate of the Sudan People's Liberation Movement (SPLM) in South Sudan. After some years of relative calm following the 2005 agreement which ended the second Sudanese civil war between the Sudanese government and SPLM rebels, fighting broke out again in the lead-up to South Sudan independence on 9 July 2011, starting in South Kordofan on 5 June and spreading to the neighboring Blue Nile state in September. SPLM-N, splitting from newly-independent SPLM, took up arms against the inclusion of the two southern states in Sudan with no popular consultation and against the lack of democratic elections. The conflict is intertwined with the War in Darfur, since in November 2011 SPLM-N established a loose alliance with Darfuri rebels, called Sudan Revolutionary Front (SRF).

United Nations Security Council Resolution 1990, adopted unanimously on June 27, 2011, after recalling all previous resolutions on the situation in Sudan and the Comprehensive Peace Agreement, the Council established the United Nations Interim Security Force for Abyei (UNISFA) in the disputed Abyei region between Sudan and South Sudan.

Ibrahim Mohammed Balandiya was a Sudanese politician in the National Congress Party. He served as the Parliament speaker in the state of Kurdufan and later as speaker of the South Kurdufan legislative council. He was the most senior official to be killed in the Sudanese internal conflict as of July 2012.

The following lists events that happened during 2011 in Sudan.