Last updated February 08, 2021
This article is about the Russian-language newspaper. For the Gulag transport ship, see MV Sovetskaya Latviya.

It was an official publication of the Central Committee of the Communist Party of Latvia and the sister newspaper to the Latvian-language daily, Cīņa . From 1969 onwards, it was also styled as an official organ of the Council of Ministers of the Latvian SSR as well. [1]

The newspaper that became Sovetskaya Latviya was first published in 1940, following the Soviet takeover of Latvia, and the establishment of a monopoly on power by the Communist Party.

The purpose of Proletarskaya Pravda was to replace the influential, independent Russian-language newspapers, such as widely read liberal Segodnya (Today), with a Soviet-controlled one.

A literary journal with the title Sovetskaya Latviya appeared briefly in 1940–41, but only two issues (Dec. 1940 and Jan./Feb 1941) apparently saw light of day. [3] This short-lived periodical seems to have been little-known even to the Latvian Communist Party Central Committee, as a protocol from a meeting on 2 November 1940 includes the resolution: "Sovetskaya Latviya — clarify what kind of journal this is, as no-one has either seen it or read it." [4]

The invasion of the USSR and occupation of Latvia by Nazi Germany in 1941 interrupted publication in Riga.

In 1944, following the re-establishment of Soviet control over Riga and most of Latvia, the newspaper resumed publication in Riga under the name Sovetskaya Latviya. [2]

Sovetskaya Latviya was a broadsheet that appeared daily, except Mondays. During the Soviet period, it dominated the Russian-language newspapers market in Latvia together with the Latvian Komsomol daily Sovetskaya Molodëzh' (Soviet Youth). [5] In 1975, its circulation was 107,500 copies. [2]

During the late 1980s, Sovetskaya Latviya expressed an editorial line critical of the movement for re-establishing Latvia's independence, reflecting the stance of the Communist Party leadership around Alfrēds Rubiks.

Following Latvia's regaining of independence from the USSR, in October 1991 Sovetskaya Latviya changed its name to Panorama Latvii (Russian : Панорама Латвии, lit.  'Panorama of Latvia', ISSN   1407-3676). The editorial line that harshly criticised the policies of the Latvian government was maintained, particularly concerning the treatment of Russians in Latvia. [5] In 2002, the publisher has concluded an agreement on financial support with the Equal Rights party. [6] Panorama Latvii ceased to be published in 2003. 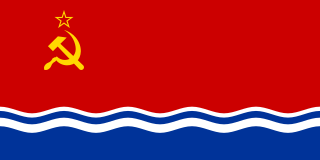 The Latvian Soviet Socialist Republic, also known as Soviet Latvia or Latvia, was a republic of the Soviet Union. 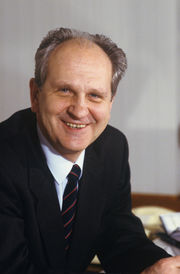 Arvīds Pelše was a Latvian Soviet politician, functionary, and historian.

Printed media in the Soviet Union, i.e., newspapers, magazines and journals, were under strict control of the Communist Party and the Soviet state. The desire to disseminate propaganda is believed to have been the driving force behind the creation of the early Soviet newspapers. Until recently, newspapers were the essential means of communicating with the public, which meant that they were the most powerful way available to spread propaganda and capture the hearts of the populace. Additionally, within the Soviet Union the press evolved into the messenger for the orders from the Central Committee to the party officials and activists. Due to this important role, the Soviet papers were both prestigious in the society and an effective means to control the masses. However, manipulation initially was not the only purpose of the Soviet Press. 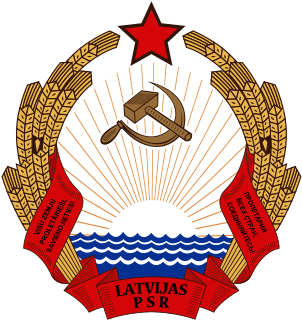 The Communist Party of Latvia was a political party in Latvia.

Vilis Lācis was a Latvian writer and communist politician. 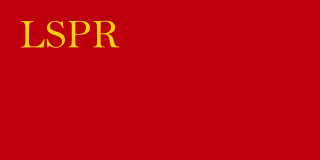 The Latvian Socialist Soviet Republic was a short-lived socialist republic formed during the Latvian War of Independence. It was proclaimed on 17 December 1918 with the political, economic, and military backing of Vladimir Lenin and his Bolshevik government in the Russian SFSR. The head of government was Pēteris Stučka with Jūlijs Daniševskis as his deputy.

The term Soviet Latvia usually refers to the Latvian Soviet Socialist Republic, a Union Republic of the USSR from 1940 to 1991.

MV Sovetskaya Latviya was a transport ship operated by the Dalstroy concern of the NKVD. One of its main uses was to transport prisoners as forced labour in the Kolyma camps system.

Otomārs Oškalns was a prominent Latvian communist and partisan fighter.

Kultura, known as Sovetskaya Kultura during the Soviet times, is a Russian newspaper, based in Moscow. The newspaper was previously published twice weekly but is currently a weekly newspaper. Today the newspaper circulates 29,200 copies a week, in all federal subjects of Russia.

Padomju Latvijas Komunists was a Latvian language monthly journal published from Riga, the theoretical organ of the Central Committee of the Communist Party of Latvia. It had a Russian language edition, called Kommunist Sovetskoi Latvii. 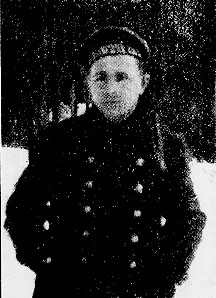