Spartak (Russian : Спартак) is an international fitness and sports society that unites some countries of the former Soviet Union. In the Soviet era, the Spartak sports society was supported by the Komsomol. Since 1991, Spartak has operated under the sponsorship of the food worker's union ("Pischevik"). [1]

It was founded in 1921 in Moscow as the "Moscow Sports Circle" (MSK) by footballer Nikolai Starostin and others. In 1926 it came under the sponsorship of the food worker's union ("Pischevik"). In 1934, it adopted the name of Spartak, after the ancient Roman slave, rebel and athlete Spartacus and became the sports society for all unions. It was dissolved in 1987 and reformed in 1991 as an international society among six nations of the former Soviet Union.

Spartak was the first and the largest All-Union Voluntary Sports Society of workers of state trade, producers' cooperation, light industry, civil aviation, education, culture, health service etc. Originated in 1925-26 as several physical culture groups by small producers' artels as an all-union physical culture and sports society it was established on April 19, 1935 on the resolution of the Soviet government [2] when its statute was approved by the All-Union Council of Physical Culture.

In 1936 Spartak organized and successfully conducted a sports parade at the Moscow's Red Square. [3]

In 1987 Spartak was abolished and all its assets were transferred back to trade unions. In 1991 the society was reorganized as an international. Currently the society has affiliation in six countries of the former Soviet Union: Russia, Ukraine, Belarus, Kazakhstan, Kyrgyzstan, Azerbaijan. [4] Each society's affiliation is subordinated to their respective country's government, Olympic and trade unions committees, while participating in collective events organized by the Spartak Central Council.

Notable members (one per sport) 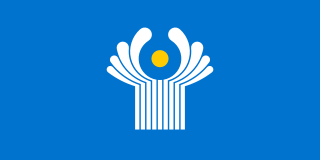 The Commonwealth of Independent States (CIS) is a regional intergovernmental organization of nine members, plus two founding non-member, post-Soviet republics in Eurasia. It was formed following the dissolution of the Soviet Union in 1991. It covers an area of 20,368,759 km2 (7,864,422 sq mi) and has an estimated population of 239,796,010. The CIS encourages cooperation in economic, political and military affairs and has certain powers relating to the coordination of trade, finance, lawmaking, and security. It has also promoted cooperation on cross-border crime prevention. 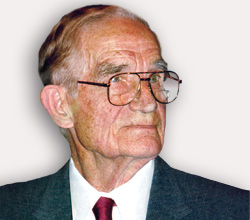 Nikolai Petrovich Starostin was a Soviet footballer and ice hockey player, and founder of Spartak Moscow. 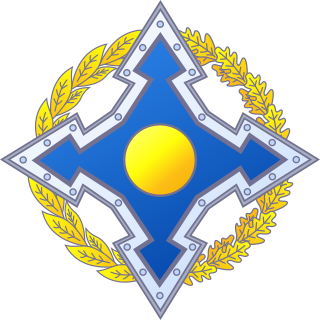 The Collective Security Treaty Organization is an intergovernmental military alliance in Eurasia that consists of selected post-Soviet states.

Eurasianism is a political movement in Russia that posits that Russian civilisation does not belong in the "European" or "Asian" categories but instead to the geopolitical concept of Eurasia. Originally developing in the 1920s, the movement was supportive of the Bolshevik Revolution but not its stated goals of enacting communism, seeing the Soviet Union as a stepping stone on the path to creating a new national identity that would reflect the unique character of Russia's geopolitical position. The movement saw a minor resurgence after the collapse of the Soviet Union at the end of the 20th century, and is mirrored by Turanism in Turkic and Finnic nations.

The 1993 Commonwealth of Independent States Cup was the first edition of the competition between the champions of former republics of Soviet Union. It was won by Spartak Moscow who defeated Belarusian side Belarus Minsk in the final.

The 1996 Commonwealth of Independent States Cup was the fourth edition of the competition between the champions of former republics of Soviet Union. It was won by Dynamo Kyiv in their first participation in the competition, while Omari Tetradze was honored as the Best player award. In a change from the previous years, top two teams of each group progressed through the first stage, and a quarterfinal round was played for the first time.

The 1997 Commonwealth of Independent States Cup was the fifth edition of the competition between the champions of former republics of Soviet Union. It was won by Dynamo Kyiv second time in a row.

A sports school is a type of educational institution for children that originated in the Soviet Union. Sports schools were the basis of the powerful system of physical culture (fitness) and sports education in the USSR and the Eastern Bloc, particularly East Germany. The main features of this system remain in the system of sports education in Russia and other post-Soviet states, and also became the basis of similar systems in other countries, one of the most powerful ones at the present time being that of the People's Republic of China. Many legendary athletes, such as Nikolai Andrianov, Nellie Kim, Alexander Popov, Viktor Krovopuskov, Vladislav Tretiak, Valeri Kharlamov, Anatoly Alyabyev and Sergey Bubka started their path to Olympic success from Soviet sports schools. They are also found in Asia, in countries such as Singapore, Malaysia and Australia. 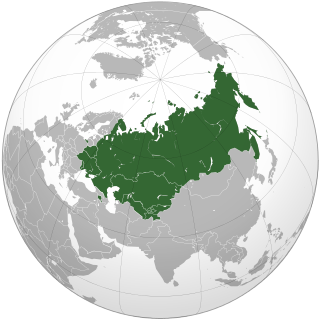 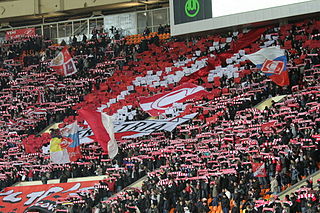 The Oldest Russian derby is a football rivalry played between Moscow rivals FC Spartak Moscow and FC Dynamo Moscow. It is the oldest still-existing Moscow derby that originated back in early 20th century when both teams were competing for the Moscow Championship. During the early years of the Soviet Top League the derby had status of a national title rivalry. The derby became less intense as Dynamo Moscow has not won a title since 1976 and only once succeeded in domestic competitions since the fall of the Soviet Union.

The 2004 Commonwealth of Independent States Cup was the twelfth edition of the competition between the champions of former republics of Soviet Union. It was won by Dinamo Tbilisi for the first time.

Aleksandr Vasilyevich Kosarev was a Soviet politician and Communist Party official who was active in the youth movement. He served as the 7th First Secretary of the Central Committee of the Komsomol.