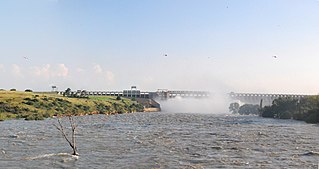 Lake Vyrnwy is a reservoir in Powys, Wales, built in the 1880s for Liverpool Corporation Waterworks to supply Liverpool with fresh water. It flooded the head of the Vyrnwy valley and submerged the village of Llanwddyn. The Lake Vyrnwy Nature Reserve and Estate that surrounds the lake is jointly managed by the Royal Society for the Protection of Birds (RSPB) and Severn Trent Water and is a popular destination for ornithologists, cyclists and hikers. The reserve is designated as a national nature reserve, a Site of Special Scientific Interest, a Special Protection Area, and a Special Area of Conservation. 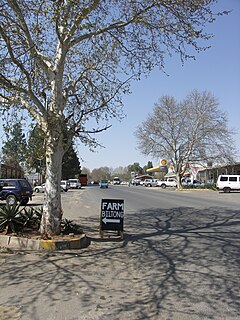 Winterton is a small town situated on the banks of the Tugela River in the foothills of the Drakensberg mountains, KwaZulu-Natal, South Africa. It was founded in 1905 as Springfield when the Natal Government built a weir across the Little Tugela River. The town later changed its name to Winterton in honour the secretary for agriculture, HD Winter. Winterton is a small town with only a primary school. It is close to the Second Boer War battle sites of Battle of Vaal Krantz and Spioenkop.

Lake Margaret is a concrete-faced gravity dam with a uncontrolled spillway across the Yolande River, located on the north side of Mount Sedgwick, in the West Coast Range, West Coast of Tasmania, Australia.

The Wappa Dam is a mass concrete gravity arch dam with earth-fill abutments and an un-gated spillway across the South Maroochy River that is located in the South East region of Queensland, Australia. The main purpose of the dam is for supply of potable water for the Sunshine Coast region. The impounded reservoir is also called Wappa Dam. 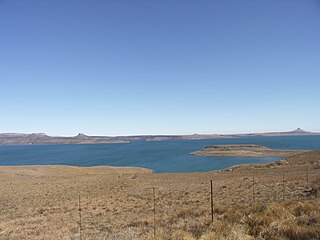 Driekloof Dam is a small section of the Sterkfontein Dam, Free State, South Africa. A section of the Sterkfontein Dam reservoir is isolated after the construction of Driekloof Dam, this small reservoir has a capacity of 35.6 million cubic metres (28,900 acre⋅ft)., together with the Kilburn Dam almost 500 metres (1,600 ft) lower, Driekloof forms part of Eskom's Drakensberg Pumped Storage Scheme and Tugela-Vaal Water Project, and provides for up to 27.6 gigawatt-hours (99 TJ) of electricity storage in the form of 275 million cubic metres of water. The water is pumped to Driekloof during times of low national power consumption and released back into Kilburn through four 250 megawatts (340,000 hp) turbine generators in times of high electricity demand.

Bloemhof Dam is a dam in South Africa. It was originally known as the Oppermansdrif Dam when under construction during the late 1960s. It is located at the confluence of the Vaal River and the Vet River, on the border between the provinces North West and Free State. The dam wall has a total length of 4,270 metres (14,010 ft) The reservoir is very shallow, and therefore needs a large area to mean anything for water storage. The area around the reservoir (dam), has been a protected area, but because it lies on the border between provinces, these became two separate nature reserves. On the North West Province side lies the Bloemhof Dam Nature Reserve, on the Free State side is the Sandveld Nature Reserve. 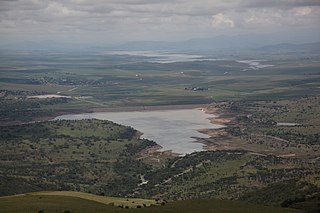 Kommandodrif Dam is an earth-fill/rockfill type dam located on the Tarka River, near Cradock, Eastern Cape, South Africa. The dam has a capacity of 58,900,000 cubic metres (2.08×109 cu ft), the wall is 38 metres (125 ft) high. The dam is included in the Commando Drift Nature Reserve and its main purpose is to serve for irrigation use. The hazard potential of the dam has been ranked high (3). 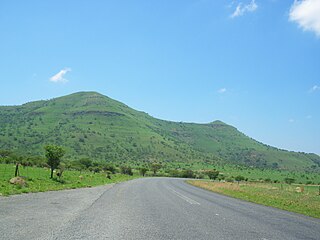