St. Peter's School is an Independent, Coeducational, Non-Sectarian day school for children ages 3–14. Founded in 1834, it is located in the Society Hill neighborhood of Philadelphia, Pennsylvania. [1]

St. Peter's School has operated since the early 19th century. It was formally founded in 1834 as an adjunct of St. Peter's Church. It became a choir school, educating boys of all races and combined musical training with academic preparation. St. Peter's School became coeducational in 1964.

Upper School students follow an in-depth curriculum, which includes English, Math, Science, History, French, Physical Education, Art, and Music, along with arts electives, clubs, which include a student government, and a yearly Independent Study Project, where students choose a topic and research it throughout the year.[ citation needed ]

The athletics curriculum includes Physical Education for grades 1-5, and Soccer, Cross Country, Basketball, Fitness, and Track for grades 6-8. Dance instruction is offered as part of the school's traditional celebrations like May Day. [2] St. Peter regularly participates in interscholastic competitions with many schools throughout the Philadelphia area.

The Alumni Theater is for performances, assemblies, Declamation, and special events.

The Robert B. Blum Library is used for Preschool - 6th Grade library classes. It is open to all students.

The Sally Wiggins Turf Field, also called the West Lawn, is a large green space on campus which houses a playground and organic gardens. The school uses the West Lawn and the nearby athletic fields at Starr Garden for outdoor athletic activities. Festive events are also held on Wiggins Field and in Starr Garden throughout the school year.

The Pan American Christian Academy, or PACA, is a Protestant American school in São Paulo, Brazil. Since 1960, the school provides an American-style of education that is based on a Christian foundation. PACA has served the local and international community of São Paulo, Brazil by offering a college preparatory education. The school has a preschool program, an elementary school, middle school and high school. The optional dual curriculum prepares students to enter American and Brazilian colleges and universities. Approximately 95% of each year's graduates enroll in colleges and universities in the United States and in Brazil.

Seventh grade is a year or level of education in the United States. The seventh grade is the eighth school year, the second or third year of middle school, and the first year of junior high school. Students are around 12-13 years old in this stage of education. Different terms and numbers are used in other parts of the world. 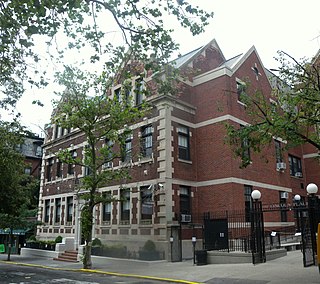 The Berkeley Carroll School is a coed independent college prep school in New York City. Located in Park Slope, Brooklyn, it has a Lower School, Middle School and Upper School. 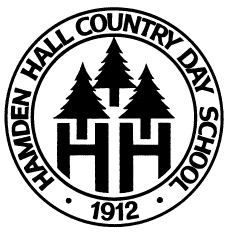 Hamden Hall Country Day School is a coeducational private day school in Hamden, Connecticut, educating students in preschool through grade 12. Hamden Hall was founded in 1912 as a country day school for boys by John P. Cushing, its first headmaster. It was the nation’s fourth country day school. The school has been coeducational since 1927 and expanded to include classes through grade 12 in 1934. Now split into three separate divisions, Hamden Hall enrolls the majority of its nearly 600 students in the upper and middle schools and the remainder in the lower school. 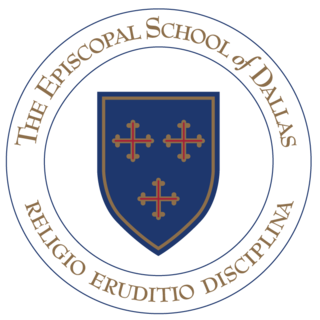 Flintridge Preparatory School, familiarly known as Flintridge Prep or simply Prep, is a coeducational day school for grades 7-12. Founded in 1933, it is located in La Cañada Flintridge, California, United States. 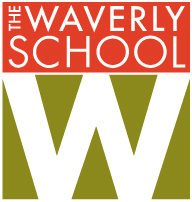 The Waverly School is a nonsectarian, coeducational, college preparatory, progressive day school in Pasadena, California, United States for students in preschool through high school. It has three campuses, and a one-acre organic farm within walking distance. It is an independent school.

Norwood School is an independent co-educational day school in Bethesda, Maryland for students in pre-kindergarten through eighth grade from 49 zip codes in Maryland, Virginia, and Washington, D.C. Norwood was founded in 1952. The school is located within the Potomac census-designated place, and it has a "Bethesda, Maryland" mailing address. The current head of school is Matthew A. Gould.

Columbus School for Girls (CSG) is a private, all-girls college-preparatory day school located in Bexley, Ohio, United States, an enclave of Columbus. It serves students from 3 years old to 12th grade and it is the only all-girls high school in Franklin County.

St. Mark's Episcopal School is a private primary and secondary school located in the Cambridge Place development and in West University Place, Texas, in Greater Houston. St. Mark's serves preschool through Grade 8. The school is located just four miles from the Texas Medical Center and minutes south of the Galleria. St. Mark's is a part of the Episcopal Diocese of Texas and is accredited by the Independent Schools Association of the Southwest and the Southwest Association of Episcopal Schools. The current headmaster of the school is Garhett Wagers.

Benedictine Academy was a Catholic parochial, college preparatory high school that served young women in ninth through twelfth grades in Elizabeth, in Union County, New Jersey, United States. The school was opened in 1915 by the Benedictine Sisters of Elizabeth, Saint Walburga Monastery, and operates under the auspices of the Roman Catholic Archdiocese of Newark. 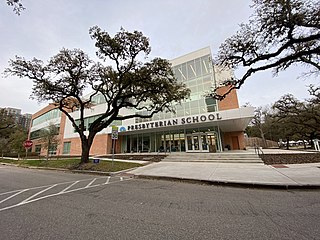 Saint John's School is a private coeducational school located in the Condado neighborhood of San Juan, Puerto Rico. It has students from pre-kindergarten to the 12th grade. 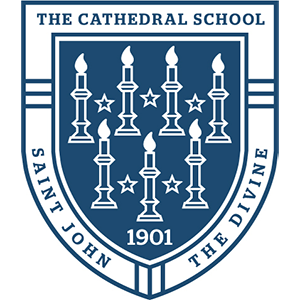 The Cathedral School of St. John the Divine is an independent, Episcopal, K-8 day school for girls and boys of all faiths located in Morningside Heights, Manhattan, New York City. Founded in 1901, it is located on the 13-acre campus of the Cathedral of St. John the Divine and has an enrollment of 300 students. The School is divided into a Lower School and an Upper School.

Villa Academy is a Catholic independent PreK-8th grade school located in the Laurelhurst neighborhood of Seattle, Washington on a tract of land near Lake Washington. The school has a preschool, Lower School and Middle School and was founded by America's first Catholic saint, Mother Cabrini who was canonized as St. Frances Xavier Cabrini in 1946.

Westminster School is a coed Pre-K through eighth grade independent school located in a residential area of Annandale, Virginia. The Lower School encompasses grades Pre-K through 2, the Middle School is grades 3 through 5, and the Upper School is made up of grades 6, 7 and 8. Students are taught in a manner that balances STEM education with studies in the Classics. It is a part of the Virginia Association of Independent Schools.