The Ursuline Order of Nuns who run the academy has been involved in education in Guyana as early as 1847. St. Rose was named for Saint Rose of Lima and considered on of the top 5 schools in Georgetown. [1] In 1976 the government took over operations of all educational institutions. [1]

The section of the school built in 1912 was set for demolition in 2018. [2] Some of the schools buildings are considered a national heritage site by the National Trust of Guyana [3] St. Rose shares the compound with the St. Agnes Primary. [4]

School athletics includes basketball, [6] football, [7] and extra curriculars such as participating in the biennial STEAM Fair, [8] and a speech [9] team.

The St. Rose's High School Alumni Association has chapters located in the US [5] and Canada. [10] 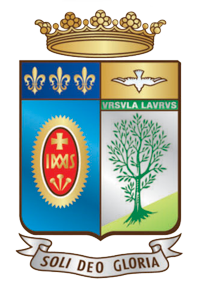 St. Stanislaus College is a Grade-A senior secondary school in Georgetown, Guyana. It has a student population of 500 and a teaching staff of about 40. Admission to the school is normally through the Secondary Schools' Entrance Examination. It is the third highest school in the country, following Queen's College and Bishops' High School.

The Catholic Church in Guyana is part of the worldwide Catholic Church, under the spiritual leadership of the Pope in Rome. Bishops in Guyana are members of Antilles Episcopal Conference. Like most other nations that form the AEC, the Apostolic delegate to the bishops' conference is also the Apostolic nuncio to the country, currently American archbishop Thomas Edward Gullickson.

School of the Nations in Georgetown, Guyana is a private school in Guyana that offers secondary and tertiary education.

Kara Lord is a Guyanese model and beauty pageant titleholder who was crowned Miss Guyana 2011 and represented her country in Miss Universe 2011.

The Georgetown International Academy is an American private international, coeducational day school in Georgetown, Guyana. Established in 1971, the academy offers an educational program compatible with the United States system from nursery through grade 12.

The Carnegie School of Home Economics (CSHE) is a service-sector trade school in Guyana.