Broderick represented Castlemartyr in the Irish House of Commons from 1709 to 1713, the City of Cork from 1713 to 1715 and then the County of Cork from 1715 to his death. On 9 June 1724, he was appointed to the Irish Privy Council. He was also returned as Member of Parliament for Bere Alston on petition on 6 June 1721 after a by-election and returned unopposed at the 1722 general election. [1]

As an MP he gravely embarrassed his father by voting regularly against the Government. Lord Midleton tried to brush over the matter in his private correspondence by excusing his son as a headstrong young man, not easily controlled even by his formidable father, whose bad temper was notorious. 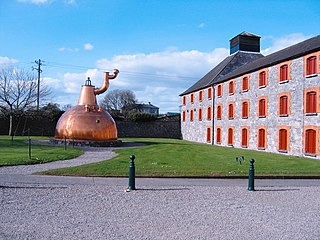 Midleton is a town in south-eastern County Cork, Ireland. It lies approximately 16 km east of Cork City on the Owenacurra River and the N25 road, which connects Cork to the port of Rosslare. A satellite town of Cork City, Midleton is part of Metropolitan Cork. It is the central hub of business for the East Cork Area. Midleton is within the Cork East Dáil constituency. 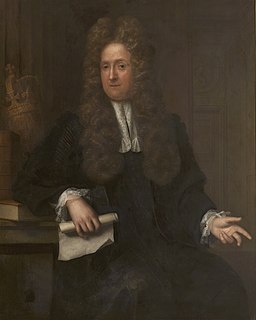 Viscount Midleton, of Midleton in the County of Cork, is a title in the Peerage of Ireland. It was created in 1717 for Alan Brodrick, 1st Baron Brodrick, the Lord Chancellor of Ireland and former Speaker of the Irish House of Commons. He was created Baron Brodrick, of Midleton in the County of Cork, in 1715 in the same peerage. His grandson, the third Viscount, co-represented Ashburton then New Shoreham in the British House of Commons. His son, the fourth Viscount, sat similarly for Whitchurch for 22 years. In 1796 he was created Baron Brodrick, of Peper Harrow in the County of Surrey, in the Peerage of Great Britain, with a special remainder to the heirs male of his father, the third Viscount. On the death of his son, the fifth Viscount, this line of the family failed. 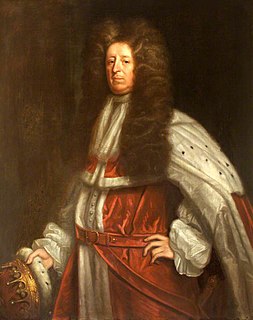 John Forster was an Irish lawyer, politician and judge. 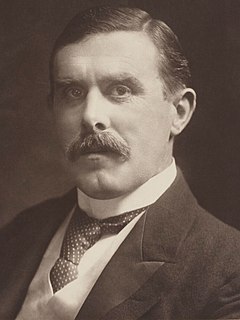 Alan Brodrick, 1st Viscount Midleton, PC (Ire) was a leading Irish lawyer and politician who sat in the Parliament of Ireland between 1692 and 1715 and in the British House of Commons from 1717 to 1728. He was Speaker of the Irish House of Commons and Lord Chancellor of Ireland. Although he was a man of great gifts, he was so hot-tempered that even Jonathan Swift is said to have been afraid of him.

Midleton was a constituency represented in the Irish House of Commons until 1800. Incorporated by Charter, 1671 whereby it was granted to Sir John Brodrick with a Corporation sovereign, two bailiffs and 12 burgesses. It was disenfranchised at the Act of Union and compensation of £15,000 paid to Viscount Midleton.

Charles Brodrick was a reforming Irish clergyman and Archbishop of Cashel in the Church of Ireland.

James Cotter the Younger, or James Cotter of Anngrove, was the son of Sir James Fitz Edmond Cotter who had commanded King James's Irish Army forces in the Counties of Cork, Limerick, and Kerry. His mother was Eleanor/Ellen Plunkett, daughter of Matthew, 7th Lord Louth, and he was a member of the Irish Cotter family, which had Norse-Gaelic origins. He was a key figure in the 1713 Dublin election riot. 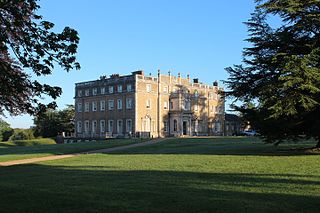 George Brodrick, 4th Viscount Midleton was a British politician who sat in the House of Commons from 1774 to 1796, when he was raised to the peerage of Great Britain as Baron Brodrick.

Sir St John Brodrick, of Midleton was an Irish Member of Parliament. 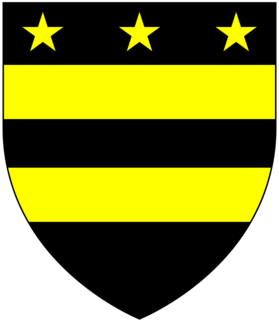 Sir John Redmond Freke, 3rd Baronet was a baronet in the Baronetage of Great Britain and a Member of Parliament in the Irish House of Commons.