The college's catchment area encompassed the New Lodge, Ardoyne, the Antrim Road and various other areas of North Belfast. In 2006, St Patrick's celebrated its golden jubilee. St Patrick's was the first Catholic secondary school in Belfast to offer A-Levels.

The school was amalgamated in 2017 with Little Flower Catholic School to form Trinity College after all legal appeals to the amalgamation were exhausted. [1]

St Patrick's College opened its doors for the first time on 31 August 1955. The school was constructed at a cost of approximately £250,000 and offered places to 450 young men, the school was built on the Antrim Road and has the address number "619". [2]

The school inherited its subtitle, "Bearnageeha" from Bearnageeha House, the mansion around which the College is built. [3] The name "Bearnageeha" is phonetically derived from the Gaelic phrase "bearna gaoithe", meaning "the windy gap". While little evidence survives as to why Bearnageeha House received its name, it has been suggested that it was related to its isolated location within the original Fortwilliam Estate; surrounded by the Belfast hills. [3]

The sports department makes regular use of local leisure centres, Mallusk Playing Fields, Cliftonville Playing Fields, Barnett's Park, Cavehill Country Park and the Antrim Forum Athletics Track, along with the school's own sports fields and synthetic grass sports facility. In 2016 the college opened a new state of the art gym facility, it includes male and female changing rooms and a fitness suite.

In Gaelic Games, the college joined the ranks of the Ulster Colleges’ in the later part of the 1990s, competing in all age groups in Gaelic football and hurling. St. Patrick's has won a number of Ulster Colleges’ titles in both Gaelic football and hurling. The students that represent the College on the GAA front are drawn mainly from the three local clubs in north Belfast: Pearse's, Ardoyne Kickhams and St Enda's, Glengormley.

In soccer, all students who represent the school play in two competitions: the Belfast Schools Cup and Northern Ireland Schools Cup. The later has recently received major sponsorship with Umbro providing revenue. Many past students are now playing soccer at amateur, semi-pro and Irish League levels, while others have played in England, including Tony Kane and Martin Donnelly. Many current players are currently on trial with various Premier League, Championship and Irish League teams.

In Cross Country, utilising the nearby Cavehill Country Park for preparation, St Patrick's students compete on an annual basis in the B District Championships; usually held at Ormeau Park or at Queen's University's complex at ‘The Dub’. Students regularly qualify for the Ulster Championships, the most recent achievement being a silver medal, which won by John McKeown in Tullamore, County Offaly.

The college operates a house system, which was inaugurated in 1998 during the Headmastership of PJ O'Grady. It was at this time that the first three houses were created; Trinity (year 8), Saul (year 9) and Slemish (year 10). Each house has a designated colour and students wear their house badge on their school blazers. [4] Each class in the Junior School has a rotating position of Prefect and Captain. Both Prefect and Captain wear a badge to show their position within their group [4]

Events from the year 1911 in Ireland. 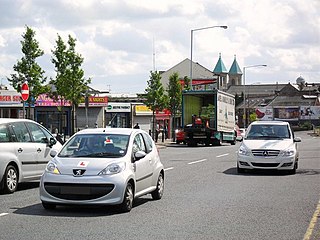 Ardoyne is a working class and mainly Catholic and Irish republican district in north Belfast, Northern Ireland. It gained notoriety due to the large number of incidents during The Troubles.

Clonkeen College is a Christian Brothers secondary school for boys in south Dublin, which opened in 1970. Clonkeen College has approximately 550 students and 35 teaching staff. Edward Melly is the principal and Michael Brennan is the Deputy Principal. The school has strong links with charities and the developing world. Clonkeen underwent significant development between the years 2015 – 2018. 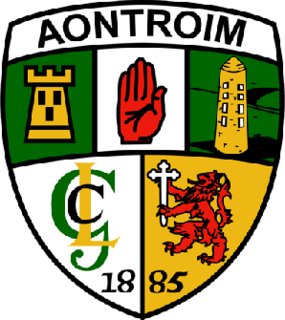 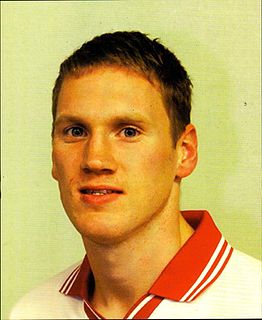 Cormac McAnallen was an Irish Gaelic footballer who played for the Eglish St Patrick's club and the Tyrone county team. 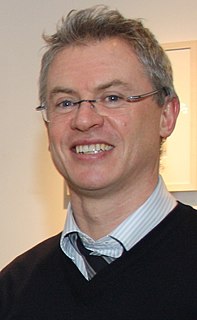 Joe Brolly is a Gaelic football analyst, former player and barrister who played at senior level for the Derry county team.

The Mageean Cup is awarded annually to the winners of the Ulster Colleges' Senior Hurling Championship. This iconic trophy was presented to Ulster Colleges in 1963 by the staff and students of Dromantine College, Newry in memory of Most Reverend Daniel Mageean, Bishop of Down and Connor. St Mary's CBGS Belfast are the cup specialists with 28 titles. The cup has spent most of its time in the Belfast school with only St Patricks Maghera challenging their dominance.

Neil McManus is an Irish hurler who plays as a centre-forward for the Antrim senior team.

The Fergal Maher Cup is a hurling cup competition for Third-level Colleges. The Cup is awarded to the winners of the Tier 3 Championship.

Éire Óg Derriaghy GAC is a Gaelic Athletic Association club from the outskirts of Dunmurry, County Antrim. Founded in 1932, and playing out of Woodlands Playing Fields, Éire Óg Doire Achaidh is the local club for the parishes of St Anne's and Our Lady Queen of Peace, providing Gaelic football and Hurling teams for the children of Derriaghy, Finaghy, Dunmurry, Black's Road, Glengoland and Cloona. The club has teams from Primary 1 level all the way through to senior level.