The Stanford Graduate School of Education (also known as Stanford GSE, or GSE) is one of the seven schools of Stanford University, and is one of the top education schools in the United States. It was founded in 1891 and offers master's and doctoral programs in more than 25 areas of specialization, along with joint degrees with other programs at Stanford University including business, law, and public policy. [1]

In 2001, the Bill & Melinda Gates Foundation donated $5 million to establish the School Redesign Network. The GSE established a public charter school, the East Palo Alto Academy, which has been managed by its New Schools initiative since then. In 2008, the faculty decided unanimously to make scholarly articles available as open educational resources, the first such move by a school of education. In 2009, The GSE established an education minor program for Stanford undergraduates. The program prepares students for careers in teaching, crafting educational policy, and managing schools. In 2013, the school name was changed to the Stanford Graduate School of Education to better reflect its advanced research and its graduate-level preparation of educators, scholars, policy makers and entrepreneurs. [2]

Stanford GSE offers ten M.A. programs and four Ph.D. programs. The school's degree programs are academic rather than professional and grant M.A. and Ph.D. degrees. It also has undergraduate honors and minors programs. As a graduate school of education, the undergraduate programs are not degree programs but instead offer education-related training for students majoring in other areas as well as co-terminal master's degrees. The largest program is the Stanford Teacher Education Program (STEP), which is the only program at the university which offers a teaching credential for K-12 teachers.

The school also offers numerous professional development programs and resources for practicing elementary and secondary school teachers. These include the Center for the Support of Excellence in Teaching, the National Board Resource Center, the Problem-Solving Cycle, and Stanford English Learner Education Services. [3]

Since U.S. News & World Report began ranking schools of education, Stanford has ranked among the top five overall in the United States and has received the top peer assessment score of any school each year. [4] 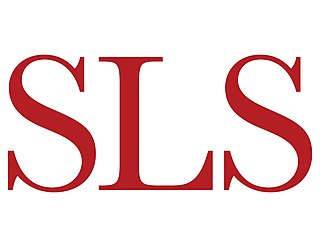 The Doctor of Education is a research and / or professional doctoral degree that focuses on the field of education. It prepares the holder for academic, research, administrative, clinical, or professional positions in educational, civil, private organizations, or public institutions. 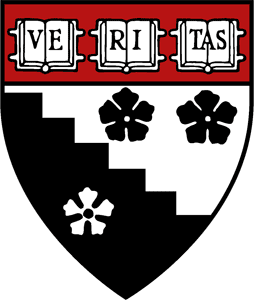 The Harvard Graduate School of Education (HGSE) is one of the graduate schools of Harvard University and one of the top schools of education in the United States. It was founded in 1920, when it was the first school to establish the EdD degree. Led by Dean Bridget Terry Long, the mission of HGSE is to prepare leaders in education and to generate knowledge to improve student opportunity, achievement, and success. It seeks to accomplish this mission by operating at the nexus of practice, policy, and research. 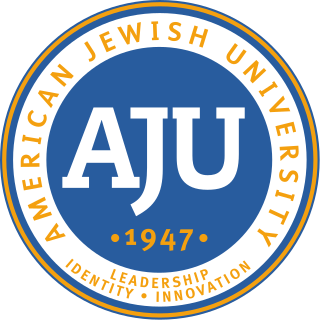 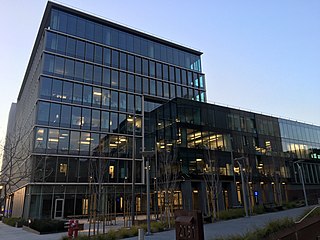 Deborah Stipek is the Judy Koch Professor of Education in the Stanford Graduate School of Education (GSE) and a professor by courtesy of psychology. She also serves as the Peter E. Haas Faculty Director of the Haas Center for Public Service at Stanford. From 2001 to 2012 and then again from 2014 to 2015 she served as the I James Quillen Dean of the GSE at Stanford. Prior to Stanford she was a faculty member at UCLA, where she served for 10 of her 23 years there as the director of the Corinne Seeds University Elementary School and the Urban Education Studies Center. During this period as a faculty member at UCLA, she took a year off to work for U.S. Senator Bill Bradley.

The College of Education at the University of Illinois Urbana-Champaign was founded in 1905. The college offers undergraduate, graduate, and online programs in areas including elementary education, early childhood education, special education, and Educational Organization and Leadership. It began with six departments; three of them merged and formed the largest department in the college. All departments offer masters and doctoral degrees. However, only two departments offer undergraduate degree programs: Special Education and Curriculum & Instruction. The college also offers 16 online programs. Students seeking an undergraduate degree in the college must meet the minimum graduation requirement set forth by the university. To obtain a certification, students must also meet the requirements of the Council on Teacher Education, a professional educational administration at the University of Illinois. The total enrollment is 1,361 students as of 2015.

Gratz College is a private Jewish college in Melrose Park, Pennsylvania. The college traces its origins to 1856 when banker, philanthropist, and communal leader Hyman Gratz and the Hebrew Education Society of Philadelphia joined to establish a trust to create a Hebrew teachers college. Gratz is a private liberal arts college located in a suburban setting and is primarily a commuter campus with online courses.

The University of Wisconsin–Madison School of Education is a school within the University of Wisconsin–Madison. Although teacher education was offered at the university’s founding in 1848, the School was officially started in 1930 and today is composed of 10 academic departments. U.S. News & World Report in its 2016 Best Grad School rankings rated UW-Madison's School of Education No. 1 among public institutions and tied for fourth overall. In all, seven UW-Madison education specialty programs were ranked by U.S. News among the top three nationally. Diana Hess succeeded Julie Underwood as the school's ninth dean in August 2015.

Linda Darling-Hammond is an American academic who is the Charles E. Ducommun Professor of Education Emeritus at the Stanford Graduate School of Education. She was also the President and CEO of the Learning Policy Institute. She is author or editor of more than 25 books and more than 500 articles on education policy and practice. Her work focuses on school restructuring, teacher education, and educational equity. She was education advisor to Barack Obama's 2008 presidential campaign and was reportedly among candidates for United States Secretary of Education in the Obama administration.

In the United States and Canada, a School of Education is a division within a university that is devoted to scholarship in the field of education, which is an interdisciplinary branch of the social sciences encompassing sociology, psychology, linguistics, economics, political science, public policy, history, and others, all applied to the topic of elementary, secondary, and post-secondary education. The US has 1,206 schools, colleges and departments of education and they exist in 78 per cent of all universities and colleges. According to the National Center for Education Statistics, 176,572 individuals were conferred master's degrees in education by degree-granting institutions in the United States in 2006–2007. The number of master's degrees conferred has grown immensely since the 1990s and accounts for one of the discipline areas that awards the highest number of master's degrees in the United States.

Ellwood Patterson Cubberley was an American educator and a pioneer in the field of educational administration. He spent most of his career as a professor and later dean in the Stanford Graduate School of Education in California.

The University of Pennsylvania Graduate School of Education, commonly known as Penn GSE, is an Ivy League top-ranked educational research school in the United States. Formally established as a school at the University of Pennsylvania in 1914, Penn GSE has historically had research strengths in teaching and learning, the cultural contexts of education, language education, quantitative research methods, and practitioner inquiry. Pam Grossman is the current dean of Penn GSE; she succeeded Andrew C. Porter in 2015.

The USC Rossier School of Education is one of the graduate schools of the University of Southern California. Rossier offers six master's degree programs, a Doctor of Education in Organizational Change and Leadership (Ed.D.) degree, a Global Executive Doctor of Education (Ed.D.) and a Ph.D. in Urban Education Policy. Rossier also offers online programs including a master's in teaching English to speakers of other languages, an online Ed.D., an online master's in school counseling, and an online master of arts in teaching. Rossier places an emphasis on the study of urban education locally, nationally and globally. The school also houses the USC Language Academy and the Office of Professional Development.

One of 18 colleges and schools at the University of Texas in Austin, Texas, the College of Education provides a variety of academic degrees in education fields, as well as certification programs at all levels. It has consistently ranked among the top public university graduate education programs by U.S. News & World Report. The 2014 edition of "America's Best Graduate Schools" ranks the College of Education fourth behind Vanderbilt University, Johns Hopkins University, and Harvard University. The College employs 105 full-time tenured/tenure track professors and 84 non-tenure track.