Stanislav Donets (Russian : Станислав Донец) (born 7 July 1983) is a Russian swimmer from Dimitrovgrad. [1] He was the world record holder for the 100m backstroke (Short Course).

Dimitrovgrad, formerly Melekess (Мелекесс) until 1972, is a city in Ulyanovsk Oblast, Russia. It is the administrative center of Melekessky District, although it is not within the district and is an independent city. The city is located in the Volga Region, at the confluence of the Melekesska River and the Bolshoy Cheremshan River, a tributary of the Volga River. Dimitrovgrad has a population of 122,580 (2010 Census), the second-largest city in Ulyanovsk Oblast, after Ulyanovsk..

Krisztina Egerszegi is a Hungarian former world record holding swimmer and one of the greatest Hungarian Olympic champions of the modern era. She is a three-time Olympian and five time Olympic champion; and one of three individuals to have ever won the same swimming event at three consecutive Summer Olympics. She is currently also the only female swimmer who won five individual Olympic gold medals. 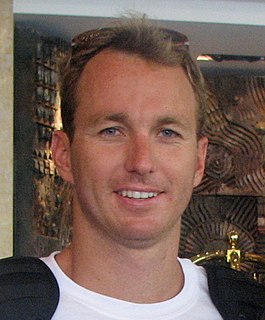 Nina Aleksandrovna Zhivanevskaya is a 5-time Olympic backstroke swimmer from Russia, who has swum for Spain since 1999, following her marriage to a Spaniard.

Igor Nikolaevich Polianski is a former backstroke swimmer from the USSR. He is married and has a son and a daughter living in New Zealand. 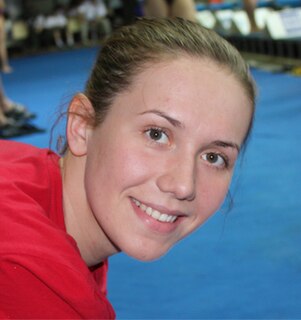 Anastasia Valeryevna Fesikova, née Anastasia Zuyeva, is a Russian swimmer who holds the Russian national records for the 50, 100 and 200 metres backstroke events. She swam for Russia at the 2008 Olympics and the 2012 Olympics. At the 2012 Olympic Games, she won a silver medal in the 200 m backstroke. 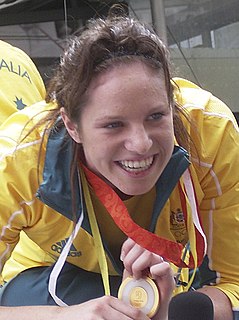 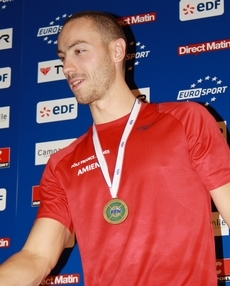 The women's 100 metre backstroke event at the 2012 Summer Olympics took place on 29–30 July at the London Aquatics Centre in London, United Kingdom. 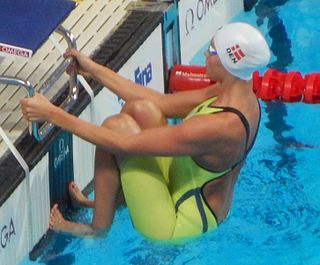 Mitchell James Larkin is an Australian competitive swimmer who specialises in backstroke events. He competed for Australia at the 2012 Summer Olympics and the 2016 Summer Olympics.

The men's 100 metre backstroke event at the 2016 Summer Olympics took place between 7–8 August at the Olympic Aquatics Stadium.

Kliment Andreyevich Kolesnikov is a Russian swimmer. He made his debut at the 2017 World Aquatics Championships, where he competed in three backstroke events and set two world junior records.