Last updated April 25, 2021
This article is about the Bulgarian city. For Bulgarian province of the same name, see Stara Zagora Province.
City in Bulgaria

Stara Zagora (Bulgarian : Стара Загора, pronounced  [ˈstarɐ zɐˈɡɔrɐ] ) is the sixth-largest city in Bulgaria, [2] and the administrative capital of the homonymous Stara Zagora Province located in the historical region of Thrace.

The original name was Beroe, which was changed to Ulpia Augusta Traiana by the Romans. From the 6th century the city was called Vereja and, from 784, Irenopolis in honour of the Byzantine empress Irene of Athens. In the Middle Ages it was called Boruj by the Bulgarians and later, Železnik. The Turks called it Eski Hisar (old fort) and Eski Zagra, from which its current name derives, assigned in 1871.

The original Thracian settlement dates from the 5-4th century BC when it was called Beroe or Beroia.

Under the Roman Empire, the city was renamed Ulpia Augusta Traiana in honour of emperor Trajan. The city grew to its largest extent under Marcus Aurelius (161-180) and became the second most important city in the Roman province of Thrace after Philippopolis (Trimontium). Its status and importance is evidenced by the visits of several emperors including Septimius Severus (193-211), Caracalla (211-217), and Diocletian (294-305).

The Battle of Beroe was fought near the city in 250 resulting in a Gothic Victory. [8] It was probably after this event that the city walls were doubled like other cities in the region (e.g. Diocletianopolis, Serdica).

In the 2nd-3rd century the city had its own coin mint showing its importance.

In 377, in the Gothic War (376-382), the Goths marched on Beroe to attack the Roman general Frigiderus but his scouts detected the invaders and he promptly withdrew to Illyria. [9] The city was destroyed but rebuilt by Justinian. [10]

John's Byzantine army, and many of the captives, were settled as foederati within the Byzantine frontier.

In 1208 the Bulgarians defeated the Latin Empire in the battle of Boruy, also fought nearby.

The Ottomans conquered Stara Zagora in 1371. A grade school was built in 1840 and the city's name was changed to Zheleznik (Железник; a Slavic translation of Beroe) in 1854 instead of the Turkish Eskizağra (Also called Zağra-i Atik), but was renamed once again to Stara Zagora in 1870. It was an administrative centre in Edirne Vilayet before 1878 as "Zağra-i Atik". [11] After the Liberation of Bulgaria from Ottoman rule in 1878, it became part of autonomous Eastern Rumelia as a department centre before the two Bulgarian states finally merged in 1886 as a result of the Unification of Bulgaria.

July 31, 1877 is a tragic date in the city's history: the first major clash between the two belligerent armies of the Russian-Turkish Liberation War took place near Stara Zagora. The 48,000 Turkish army was launched on the town, which was merely defended by a small Russian detachment and a small unit of Bulgarian volunteers. After a six-hour fight for Stara Zagora, the Russian soldiers and Bulgarian volunteers surrendered to the pressure of the larger enemy army. The town then soon experienced its greatest tragedy. The armed Turkish army carried out the Stara Zagora massacre against the weaponless civilians. The city was burned down and razed to the ground during the three days following the battle. Incredibly sadistically were massacred 14,500 Bulgarians from the town and villages south of the town, encompassing all Bulgarian civilians with exceptions. Another 10,000 young women and girls were sold in the slave markets of the Ottoman Empire. All Christian temples were attacked with artillery and burned. The only public building surviving the fire was the mosque, Eski Dzhamiya, remaining even nowadays. This is possibly the largest and worst massacre documented in the Bulgarian history and one of the most tragic moments of the Bulgarians. While the people of Bulgaria lost this particular battle for Stara Zagora, they did ultimately win the war. Today, several monuments witness the gratitude of the Bulgarian people to its liberators.

Many of the monuments from the Roman city have been excavated and are visible in situ today and include: [12]

Overlooking the "antique" forum is an unusual building in the form of a monumental auditorium in the shape of a theatre.

Stara Zagora is the administrative centre of its municipality and the Stara Zagora Province. It is about 231 kilometres (144 mi) from Sofia, near the Bedechka river in the historic region of Thrace.

The city is in an area of a mediterranean climate that is near humid subtropical climate. The average yearly temperature is about 14 °C (57 °F).

Stara Zagora was possibly the biggest city in today's Bulgarian territory before liberation from Ottoman rule. But the city was burned and destroyed by Turkish army during the Liberation war in 1877–1878. During the first decade after the liberation of Bulgaria, in the 1880s the population of Stara Zagora decreased and numbered about 16,000. [14] Since then it started growing decade by decade, mostly because of the migrants from the rural areas and the surrounding smaller towns, reaching its peak in the period 1989-1991 exceeding 160,000. [15] After this time, the population has started decreasing mostly because of the migration to the capital city of Sofia or abroad.

According to the latest 2011 census data, individuals who declared their ethnic identity were distributed as follows: [20] [21]

Stara Zagora is twinned with: [26]

Every year October 5 is celebrated as the official day of Stara Zagora with multiple events, concerts, activities for kids and a fair.

Beroe or Beroë may refer to :

Trajanopolis or Traianopolis may refer to several cities named after Trajan: 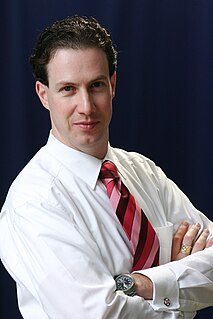 Vesselin Stoykov is a Bulgarian-German opera singer and manager, from Bulgarian origin.

João Paulo da Silva Araújo, commonly known as João Paulo, is a Brazilian footballer who plays as a forward for Ordabasy.

Steven Petkov is a Bulgarian professional footballer who plays as a forward for Levski Sofia, on loan from Feirense.

Lazar Enev Marin is a Bulgarian professional footballer who currently plays as a defender for CSKA 1948 Sofia.

Boris Tyutyukov is a Bulgarian footballer who plays as a midfielder for Litex Lovech.

Battle for Thrace or Thracian derby is the name of the local derby football match between the two most popular and successful football clubs in Thrace region, Bulgaria: PFC Botev Plovdiv and PFC Beroe Stara Zagora.

Edith Schönert-Geiß was a German numismatist, who specialised in the classical coinage of Thrace and was instrumental in the post-war re-establishment of the Corpus Nummorum. 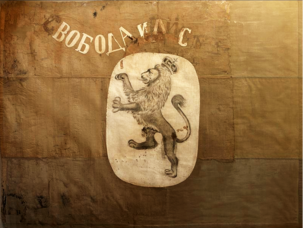 The Stara Zagora Uprising is an attempt of the Bulgarian Revolutionary Central Committee to organize an armed uprising in Bulgaria in 1875 in order to overthrow the Ottoman Empire.