Statistics Belgium (formerly known as the NSI) is part of the Federal Public Service Economy, SMEs, Self-Employed and Energy.

Statistics Belgium conducts surveys among households and enterprises in Belgium. It uses and processes existing administrative databases (the national register) and provides data to Belgian and international authorities and organisations. Third parties may also call on its statistical expertise. Statistics Belgium is also the official representative of Belgium to international organisations such as Eurostat and OECD. Sets of figures, press releases and studies are published on its website, Statbel. Moreover, a number of databases can be queried through the online application be.STAT.

Its main mission can be summarized in three words: collecting, processing and disseminating relevant, reliable and commented data on Belgian society.

“Collecting” means to seek information among economic and social actors. Data are collected directly or indirectly. For surveys respondents are directly interviewed by interviewers. Indirect data collection refers to the use of administrative files (NSSO, VAT, Crossroads Bank for Enterprises…). This method is increasingly used and reduces the response burden and costs for enterprises and individuals.

“Processing” primarily means to assess data in a critical way. Results are then checked and validated by assessing their quality and their plausibility. Finally summary tables are drawn using basic data. By aggregating and comparing different types of data, Statistics Belgium adds value to initial figures.

“Disseminating” means to make collected data available to the widest public (in accordance with the rules on personal privacy):

Statistics Belgium also conducts several major surveys in collaboration with other institutions. Examples include the health survey conducted by the Scientific Institute of Public Health and the time use survey carried out by the TOR research group from the Vrije Universiteit Brussel. Other public institutions may call on its expertise.

Statistics Canada, formed in 1971, is the Canadian government agency commissioned with producing statistics to help better understand Canada, its population, resources, economy, society, and culture. Its headquarters is in Ottawa. The Minister responsible for Statistics Canada is the Minister of Innovation, Science and Economic Development, currently Navdeep Bains.

The Israel Central Bureau of Statistics, abbreviated CBS, is an Israeli government office established in 1949 to carry out research and publish statistical data on all aspects of Israeli life, including population, society, economy, industry, education, and physical infrastructure.

The Survey of Income and Program Participation (SIPP) is a statistical survey conducted by the United States Census Bureau.

The French Institute for Demographic Studies (INED) is a French research institute specializing in demography and population studies in general. 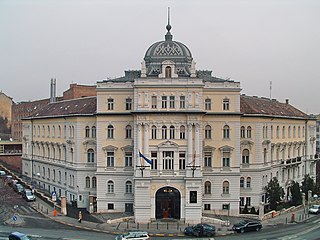