Statistics Indonesia (Indonesian : Badan Pusat Statistik, BPS, literally "Central Agency on Statistics"), is a non-departmental government institute of Indonesia that is responsible for conducting statistical surveys. Its main customer is the government, but statistical data is also available to the public. Annual surveys include national and provincial socio-economics, manufacturing establishments, population and the labour force.

Established in 1960 as the Central Bureau of Statistics (Indonesian : Biro Pusat Statistik), the institute is directly responsible to the President of Indonesia. Its functions include providing data to other governmental institutes as well as to the public and conducting statistical surveys to publish periodic statistics on the economy, social change and development. Statistics Indonesia also assists data processing divisions in other public offices to support and to promote standard statistical methods.

In February 1920, the Director of Agriculture and Trade (Directeur van Landbouw Nijverheid en Handel) of the government of the Dutch East Indies, established the Statistical Office based in Bogor. In March 1923, the Commission for Statistics was formed to represent members of each department. It was tasked with planning actions to ensure the achievement of unity in statistical activities in Indonesia. On 24 September 1924, the name of the institution was changed to Centraal Kantoor voor de Statistiek (CKS) or the Central Statistics Office, and the institution was moved to Jakarta. In June 1942, the Government of Japan reactivated statistical activities focused on meeting the needs of war or military. CKS was renamed Shomubu Chosasitsu Gunseikanbu. On 26 September 1960 the government of Indonesia enacted Law No. 7 of 1960 on Statistics replacing Statistiek Ordonantie 1934. [1] Law Number 16 of 1997 concerning Statistics replaced previous laws, and based on it, the Central Bureau on Statistics became the Central Statistics Agency. [2]

Based on Republic of Indonesia Laws No. 6 of 1960 on the Census, Statistics Indonesia organizes a census every 10 years [3]

BPS, Bps or bps may refer to:

Central Kalimantan is a province of Indonesia. It is one of five provinces in Kalimantan, the Indonesian part of Borneo. Its provincial capital is Palangka Raya and in 2010 its population was over 2.2 million, while the 2015 Intermediate Census showed a rise to 2.49 million and the 2020 Census showed a total of 2.67 million.

East Nusa Tenggara is the southernmost province of Indonesia. It comprises the eastern portion of the Lesser Sunda Islands, facing the Indian Ocean in the south and the Flores Sea in the north. It consists of more than 500 islands, with the largest ones being Sumba, Flores, and the western part of Timor; the latter shares a land border with the separate nation of East Timor. The province is subdivided into twenty-one regencies and the regency-level city of Kupang, which is the capital and largest city.

Magelang is a regency in Central Java, Indonesia, famous for its 9th century Buddhist temple of Borobudur. Its capital is Mungkid. It covers an area of 1,085.73 km2 and had a population of 1,181,723 at the 2010 Census and 1,299,859 at the 2020 Census. These figures exclude the autonomous city of Magelang, which is separately administered but is geographically enclaved within the regency, which borders Temanggung Regency to the north, Semarang Regency to the northeast, Boyolali Regency to the east, the Special Region of Yogyakarta to the south and southeast, Purworejo Regency to the southwest, and Wonosobo Regency to the west. Its motto is Magelang Gemilang.

Taliabu Island Regency is a regency in the North Maluku province of Indonesia. It was formerly part of the Sula Islands Regency, but in 2013 it was administratively separated to form a separate regency. It is located to the west of Mangole Island and Sanana Island, the two islands which remain part of the Sula Islands Regency. Taliabu covers 1,587.77 km2; it had a population of 47,309 at the 2010 Census and 58,047 at the 2020 Census. 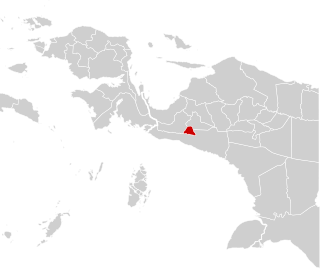 Deiyai Regency is one of the regencies (kabupaten) in the Indonesian province of Central Papua; it was formed on 29 October 2008 from the southeastern corner of the Paniai Regency area, and inaugurated by the Indonesian Minister of Home Affairs, Mardiyanto. The legal basis for the formation of this regency was the Law of the Republic of Indonesia of 2008 Number 55. 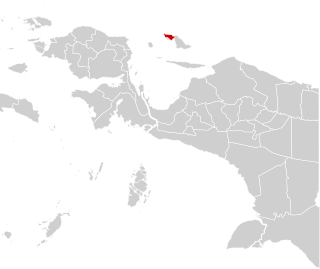 Supiori Regency is a regency in the Indonesian province of Papua. The Regency has an area of 634.24 km2 including the Aruri Islands group to the south, and had a population of 15,874 at the 2010 Census and 22,547 at the 2020 Census. Until 8 January 2004, this area was part of the Biak Numfor Regency, from which it was split off in accordance with the Law dated 18 December 2003. 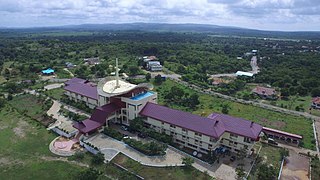 Rote Ndao Regency is a regency in East Nusa Tenggara province of Indonesia, consisting primarily of the island of Rote, situated south-west of the western tip of West Timor with an area of 978.54 km2, together with minor offshore islands including Usu, Ndana, Ndao, Landu and Nuse; the total area including the minor offshore islands is 1,280.10 km2. The regency seat is in the village of Ba'a, which is situated in Lobalain District. The population of the Regency was 119,908 as of the 2010 census and 143,764 at the 2020 Census; the official estimate as at mid 2021 was 145,972. 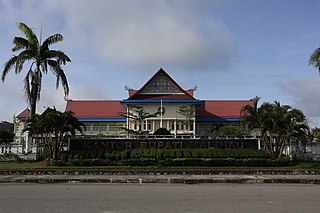 Malinau Regency is a regency of North Kalimantan Province in Indonesia. The administrative centre is the town of Malinau. The regency is home to the Kayan Mentarang National Park. It covers an area of 40,088.38 km2, and had a population of 62,423 at the 2010 Census and 82,510 at the 2020 Census; the official estimate as at mid 2021 was 83,796. It is the regency with the largest area in the province, as well as the least densely populated. Other than that, Malinau is the only regency in North Kalimantan that is predominantly Protestant and the second most-developed region in North Kalimantan after Tarakan in terms of Human Development Index.

Tual is a city in Maluku Province of Indonesia. The city, called Kota Tual in Indonesian, is within the Kei Islands, on Dullah Island, but since 2007 has been administratively separate from the rest of the Kei Islands, which form the Southeast Maluku Regency and comprise two principal islands together with over 190 smaller offshore islands.

The Indonesian Financial Transaction Reports and Analysis Center or INTRAC or PPATK is a government agency of Indonesia, responsible on financial intelligence. The agency is formed in 2002 to counter suspected money laundering and provide information on terrorist financing.