Statistics Sweden (Swedish : Statistiska centralbyrån, SCB) is the Swedish government agency operating under the Ministry of Finance and responsible for producing official statistics for decision-making, debate and research. The agency's responsibilities include:

National statistics in Sweden date back to 1686 when the parishes of the Church of Sweden were ordered to start keeping records on the population. SCB's predecessor, the Tabellverket ("office of tables"), was set up in 1749, and the current name was adopted in 1858.

As of 2015 [update] , the agency had approximately 1,350 employees. The offices of the agency are located in Stockholm and Örebro. [1] Statistics Sweden publishes the Journal of Official Statistics . 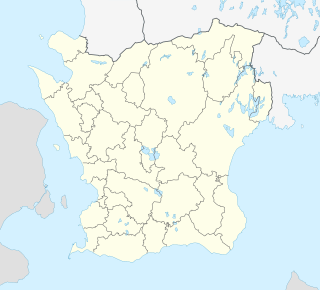 Skåne County, sometimes referred to as Scania County in English, is the southernmost county, or län, of Sweden, basically corresponding to the traditional province Skåne. It borders the counties of Halland, Kronoberg and Blekinge and connects to Capital Region, Denmark by the Öresund Bridge. The seat of residence for the Skåne Governor is the city of Malmö. The headquarters of Skåne Regional Council are located in both Kristianstad and Malmö. 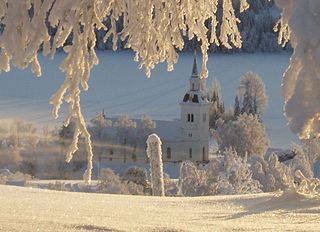 Jämtland County is a county or län in the middle of Sweden consisting of the provinces of Jämtland and Härjedalen, along with minor parts of Hälsingland and Ångermanland, plus two small uninhabited strips of Lapland and Dalarna. Jämtland County constitutes 12 percent of Sweden's total area, 49,443 km2 (19,090 sq mi) and is the third largest county in the country. The county capital is Östersund and the county governor, appointed by the Swedish government, is Jöran Hägglund, who leads the administrative board. Jämtland County borders the counties of Dalarna, Gävleborg, Västernorrland, and Västerbotten. It also shares a border with the Norwegian county of Trøndelag. 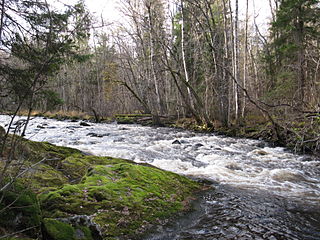 Örebro County is a county or län in central Sweden. It borders the counties of Västra Götaland, Värmland, Dalarna, Västmanland, Södermanland and Östergötland. It is frequently culturally divided into the hilly northern region of Bergslagen, where mining and metallurgic industry have been important since the Middle Ages, and the southern Mälardalen of lakes and farms.

Karlstad Municipality is a municipality in Värmland County in west central Sweden. Its seat is located in the city of Karlstad.

Statistics Canada, formed in 1971, is the agency of the Government of Canada commissioned with producing statistics to help better understand Canada, its population, resources, economy, society, and culture. It is headquartered in Ottawa. 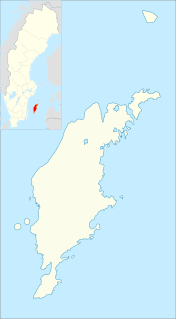 Gotland Municipality is a municipality that covers the entire island of Gotland in Sweden. The city of Visby is the municipality's seat.

Stockholm Municipality or the City of Stockholm is a municipality in Stockholm County in east central Sweden. It has the largest population of the 290 municipalities of the country, but one of the smallest areas, making it the most densely populated. It is also the most populous municipality in the Nordic countries.

Sweden, officially the Kingdom of Sweden, is a Nordic country in Northern Europe. It borders Norway to the west and north, Finland to the east, and is connected to Denmark in the southwest by a bridge-tunnel across the Öresund Strait. At 450,295 square kilometres (173,860 sq mi), Sweden is the largest country in Northern Europe, the third-largest country in the European Union and the fifth largest country in Europe by area. The capital city is Stockholm. Sweden has a total population of 10.4 million of which 2.6 million have a foreign background. Persons with foreign backgrounds are defined as persons who are foreign born, or born in Sweden with foreign born parents. It has a low population density of 25 inhabitants per square kilometre (65/sq mi), with 1 437 persons per km2 in localities. 87% of Swedes live in urban areas, which cover 1.5% of the entire land area. The highest concentration is in the central and southern half of the country.

The Federal Planning Bureau (FPB) is a Belgian independent public agency. It makes studies and projections on economic, social and environmental policy issues and on their integration within the context of sustainable development. The current Plan Commissioner is Philippe Donnay, assisted by Deputy Commissioner Jan Verschooten.

The COVID-19 pandemic in Sweden is part of the pandemic of coronavirus disease 2019 caused by severe acute respiratory syndrome coronavirus 2. The virus was confirmed to have reached Sweden on 31 January 2020, when a woman returning from Wuhan tested positive. On 26 February, following outbreaks in Italy and in Iran, multiple travel-related clusters appeared in Sweden. Community transmission was confirmed on 9 March in the Stockholm region. Since then, individuals in every län (county) have tested positive for COVID-19. The first death was reported on 11 March in Stockholm, a case of community transmission. However, it is believed that the virus could have reached Sweden as early as December 2019, when several individuals sought care for respiratory illness in Falun after contact with an individual with recent travel history to Wuhan.