Stephen Thomas Erlewine ( /ˈɜːrlwaɪn/ ; born June 18, 1973) is an American music critic and senior editor for the online music database AllMusic. He is the author of many artist biographies and record reviews for AllMusic, as well as a freelance writer, occasionally contributing liner notes. [1] [2]

Erlewine was born in Ann Arbor, Michigan, and is a nephew of the former musician and AllMusic founder Michael Erlewine. [3] [4] He studied at the University of Michigan, where he majored in English, and was a music editor (1993–94) and then arts editor (1994–1995) of the school's paper The Michigan Daily , and DJ'd at the campus radio station, WCBN. [5] He has contributed to a number of books, including All Music Guide to Rock: The Definitive Guide to Rock, Pop, and Soul [6] and All Music Guide to Hip-Hop: The Definitive Guide to Rap & Hip-Hop. [7] 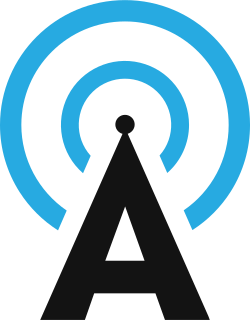 AllMusic is an American online music database. It catalogs more than three million album entries and 30 million tracks, as well as information on musicians and bands. Initiated in 1991, the database was first made available on the Internet in 1994. AllMusic is owned by RhythmOne.

Michael "Cub" Koda was an American rock and roll singer, guitarist, songwriter, disc jockey, music critic, and record compiler. Rolling Stone magazine considered him best known for writing the song "Smokin' in the Boys Room", recorded by Brownsville Station, which reached number 3 on the 1974 Billboard chart. He co-wrote and edited the All Music Guide to the Blues, and Blues for Dummies, and selected a version of each of the classic blues songs on the CD accompanying the book. He also wrote liner notes for the Trashmen, Jimmy Reed, J. B. Hutto, the Kingsmen, and the Miller Sisters, among others.

The culture of Detroit, Michigan, has influenced American and global culture through its commercial enterprises and various forms of popular music throughout the 20th and 21st century. Its automotive heritage plays an important role in the city's culture.

Psychedelic music is a wide range of popular music styles and genres influenced by 1960s psychedelia, a subculture of people who used psychedelic drugs such as LSD, psilocybin mushrooms, mescaline, DMT, and marijuana to experience visual and auditory hallucinations, synesthesia and altered states of consciousness. Psychedelic music may also aim to enhance the experience of using these drugs and has been found to have a significant influence on psychedelic therapy.

Klique was an American R&B trio, consisting of Howard Huntsberry, Isaac Suthers and his sister, Deborah Hunter. They released four albums, starting with It's Winning Time in 1981, concluding with Love Cycles in 1985. Their only song to make the US Billboard Hot 100 chart was a cover version of Jackie Wilson's 1960 hit, "Stop Doggin' Me Around," which reached #50 on the Hot 100 and #2 on the US Billboard R&B chart in 1983. In total, they had nine songs on Billboard's R&B chart. 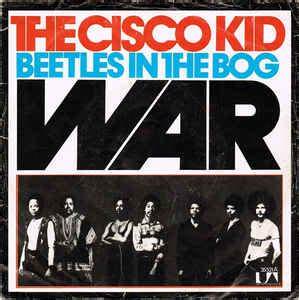 "The Cisco Kid" is a song performed by War, and written by Thomas Allen; Harold Brown, Morris "BB" Dickerson, Charles Miller, Howard Scott; Lee Oskar and Lonnie Jordan, all members of War at the time. It is the first song on their 1972 album The World Is a Ghetto, and is the group's highest-charting song on the Billboard Hot 100, peaking at number two.

Duke Levine is an American guitarist, known primarily for his rock and country music playing as a session musician.

"Move On Up" is a song by Curtis Mayfield from his 1970 debut album Curtis. Nearly nine minutes long on the album version, it was released as a single in the United States, but failed to chart. An edited version of the song spent 10 weeks in the top 50 of the UK Singles Chart in 1971, peaking at No. 12, and it has become a soul classic over the years.

Irene Scruggs was an American Piedmont blues and country blues singer, who was also billed as Chocolate Brown and Dixie Nolan. She recorded songs such as "My Back to the Wall" and "Good Grindin'" and worked with Clarence Williams, Joe "King" Oliver, Lonnie Johnson, Little Brother Montgomery, Blind Blake, Albert Nicholas, and Kid Ory. Scruggs achieved some success but today is largely forgotten. 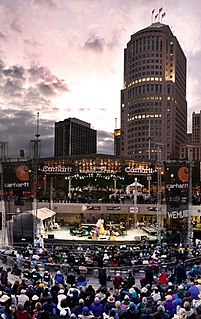 Detroit, Michigan, is a major center in the United States for the creation and performance of music, and is best known for three developments: Motown, early punk rock, and techno.

Bobby Mack is an American blues rock guitarist and singer based in Austin, Texas. 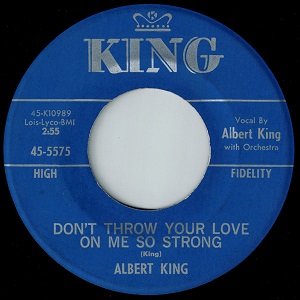 "Don't Throw Your Love on Me So Strong" is a blues song written and recorded by Albert King. The song was first released on Bobbin Records, but it became King's first hit record after its release on King Records in 1961.

Turn the Page is an album by the American zydeco musician Chris Ardoin, released in 1998. His band, Double Clutchin'—which included his brother, Sean—is also credited. Ardoin was still a teenager when the album was recorded.