Stev Theloke (born 18 January 1978, in Karl-Marx-Stadt) is a professional swimmer from Germany, who won two bronze medals at the 2000 Summer Olympics. He did so in the 4×100 metres medley relay and in the 100 metres backstroke.

Theloke missed the 2004 Summer Olympics due to injury, and he was expelled from the German team for the 2005 World Aquatics Championships after he criticised his own swimming federation in an interview.

The 1980 Summer Olympics, officially known as the Games of the XXII Olympiad and commonly known as Moscow 1980, were an international multi-sport event held from 19 July to 3 August 1980 in Moscow, Soviet Union, in present-day Russia. The Games were the first to be staged in Eastern Europe, and remain the only Summer Olympics held there, as well as the first Olympic Games to be held in a Slavic language-speaking country. They were also the only Summer Olympic Games to be held in a communist country until 2008 in China. These were the final Olympic Games under the IOC Presidency of Michael Morris, 3rd Baron Killanin. 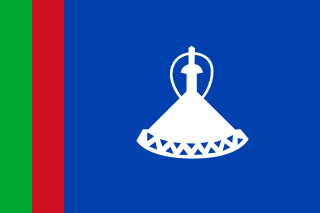 Jonathan Scott Sieben, OAM is an Australian former butterfly swimmer of the 1980s, who won gold in the 200-metre butterfly at the 1984 Summer Olympics in Los Angeles Olympics. 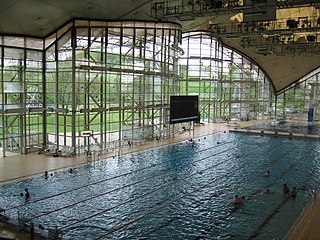 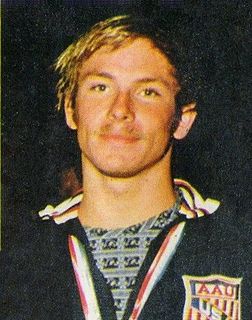 William Victor Mahony is a former breaststroke swimmer who represented Canada in multiple international championships from 1966 to 1974, including two Summer Olympics, the Pan American Games, and two Commonwealth Games.

Andrew David Jameson is an English sports commentator and former competitive swimmer. He represented Great Britain in two consecutive Summer Olympics, the FINA world championships and European championships, as well as England in the Commonwealth Games.

Tobias Benjamin Unger is a retired German track and field athlete who competed in sprints.

Erich Borchmeyer was a German athlete, who competed mainly in the 100 metres.

Christian Haas is a retired West German sprinter who specialized in the 100 metres.

The men's 100 metre backstroke event at the 2000 Summer Olympics took place on 17–18 September at the Sydney International Aquatic Centre in Sydney, Australia.

The men's 4×100 metre medley relay event at the 2000 Summer Olympics took place on 22–23 September at the Sydney International Aquatic Centre in Sydney, Australia.

Stev is a form of Norwegian folk song consisting of four line lyric stanzas. The English version of the word is stave, meaning the stressed syllable in a metric verse.

The finals and the qualifying heats of the Men's 200 metres Backstroke event at the 1997 FINA Short Course World Championships were held on the second day of the competition, on Friday 18 April 1997 in Gothenburg, Sweden.