Todorović was born in Novi Sad and died in Belgrade. [3]

As a correspondent of a number of domestic and foreign newspapers during the Serbian-Turkish Wars (1876–1878), he became known as the founder of war painting in Serbia. From the Balkan Wars, and later World War I, this was no longer an individual occupation but a task subject to state and military regulations.

Todorović was close to the Obrenović royal house. [4] He did portraits of almost all members of this numerous royal family, including the portrait of Natalie of Serbia.

In the course of his long life he created art under various visual poetics, chiefly Romanticism [5] to Academicism. [3] His best works were carried out in the Romantic spirit. [3] His extensive artistic legacy consists of portraits, religious and historical paintings, landscapes, and numerous studies and drawings. [3] Much of his artistic activities is related to Serbia and Belgrade in which cultural and social life he actively participated. [3] He opened the first art school in Belgrade where youngsters learned drawing, singing, fencing and gymnastic exercises. [3] Owing to a long life and extraordinary tenacity and hard work he managed to create a rich painting opus. 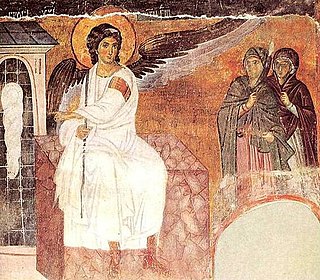 Serbian art refers to the visual arts of the Serbs and their nation-state Serbia. The medieval heritage includes Byzantine art, preserved in architecture, frescos and icons of the many Serbian Orthodox monasteries. In the Early modern period, Serbian visual arts began to be influenced by Western art, culminating in the Habsburg Monarchy in the late 18th century. The beginning of modern Serbian art is placed in the 19th century. 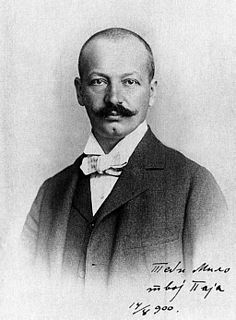 Pavle "Paja" Jovanović was one of Serbia’s most acclaimed Realist painters, alongside Uroš Predić and Đorđe Krstić. Jovanovic is perhaps best known for his early works using ordinary people during ″oriental cycles″, and his detailed dramatic realism in both mythical and everyday scenes. He is considered one of Serbia's greatest “orientalist” painters. He painted more than 1100 works including: The Wounded Montenegrin (1882), Decorating of the Bride (1886) and Migration of the Serbs (1896). He also painted many famous portraits. Jovanovic's paintings hold a record as the highest-priced paintings by a Serbian painter. One of his paintings was sold by Sotheby's for 465.000 pounds in April 2018. His works can be found in many European museums.

Teodor Dimitrijević, known as Teodor Kračun was a Serbian icon and altar painter. 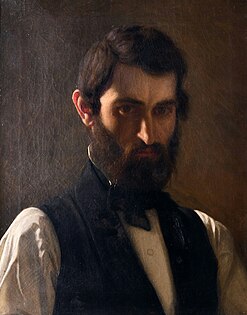 Novak Radonić was a Serbian painter.

Dejan Medaković was a Serbian art historian, writer and academician. Medaković had served as President of the Serbian Academy of Sciences and Arts from 1998 to 2003, as Dean of the University of Belgrade Faculty of Philosophy (1971–1973), and was a member of the Matica srpska as well as other scholarly associations.

Mario Maskareli, was a painter from modern-day Montenegro. 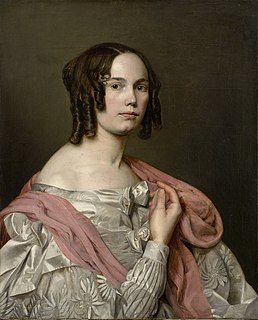 Katarina Ivanović (1811–1882), was a Serbian painter from the Austrian Empire. She is regarded the first Serbian female painter in the modern art history. 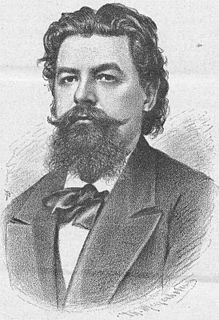 Hegumen Mardarije was a Serbian Orthodox monk and one of the first printers of Serbian language books. 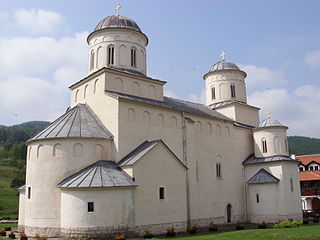 Jovan Hadžić was a Serbian writer and legislator. He signed his literary work as Miloš Svetić. He was an influential figure in the drafting of the Civil and Criminal Code of Serbia in 1844. Serbia is the fourth modern-day European country after France, Austria and the Netherlands to have a codified legal system because of Hadžić's work. 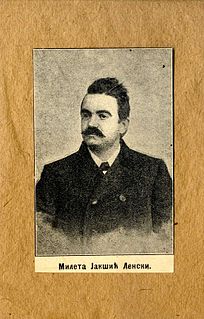 Mileta Jakšić was a Serbian poet. He had a great love of nature which is reflected in all his works. Gordana Đilas is a Serbian poet, librarian and bibliographer.

Slobodan Vladušić is a Serbian writer and associate professor of Serbian literature at the Philosophical Faculty of the University of Novi Sad.

Arsenije Teodorović was a Serbian painter from the Banat region of Vojvodina who is widely considered one of Serbia's foremost portraitists. His best known work is the portrait of Dositej Obradović, the father of modern Serbian literature. Shortly before he died, Teodorović bequeathed more than 1,000 paintings to the founder of the Arts and Crafts School of the Metropolitanate of Karlovci, Stefan Stratimirović.

Milan Kašanin was a Serbian art historian, art critic, curator and writer. He served as the head of three Belgrade based museums, the Museum of Prince Pavle, the Museum of Contemporary Art and the Gallery of Frescoes.

Srba Mitrović was a Serbian poet, translator and librarian.

The Gallery of Matica Srpska is one of the largest and oldest galleries in Serbia. It is located in the central zone of Novi Sad, next to Pavle Beljanski Memorial Collection.