Stolen Spring was shot in 1993 starring some of the biggest stars in Danish Cinema, such as Frits Helmuth.

The book is a collective novel, in that the protagonist isn't a single person, but rather a group. Some critics think that the movie remake has failed to retain this and other thematics, and therefore does not deliver Scherfig's socialist message.

Niels Klim's Underground Travels, originally published in Latin as Nicolai Klimii Iter Subterraneum (1741), is a satirical science-fiction/fantasy novel written by the Norwegian-Danish author Ludvig Holberg. His only novel, it describes a utopian society from an outsider's point of view, and often pokes fun at diverse cultural and social topics such as morality, science, sexual equality, religion, governments, and philosophy.

Hans Scherfig was a renowned Danish author and artist.

The Stolen Spring is a Danish novel by Hans Scherfig, first published in 1940. It has been described as "part murder mystery, part social criticism" by The Review of Contemporary Fiction. 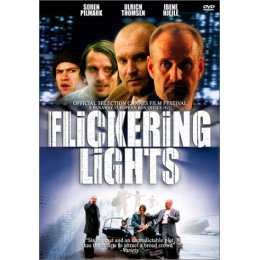 Flickering Lights is a 2000 Danish black comedy crime film directed and written by Anders Thomas Jensen, and starring Søren Pilmark, Mads Mikkelsen, Ulrich Thomsen, Iben Hjejle, and Nikolaj Lie Kaas. It has been a major success in its native Denmark. 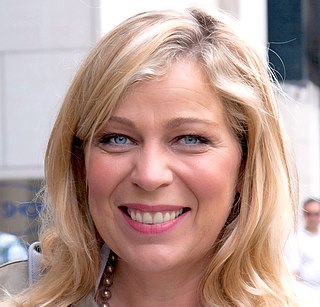 Lone Scherfig is a Danish film director and screenwriter who has been involved with the Dogme 95 film movement and who has been widely critically acclaimed for several of her movies, including the Oscar-nominated film An Education (2009). Scherfig's movies are generally romantic comedies, including her film One Day (2011), based on the David Nicholls novel. Through both experimenting with creative constraints and her astute attention to detail, she has come to be recognized as a significant talent in the film industry.

Helmuth is both a masculine German given name and a surname. Notable people with the name include:

Osvald Helmuth was a Danish stage and film actor and revue singer.

Magic in Town is a 1968 Danish comedy film directed by Annelise Reenberg and starring Jeanne Darville.

Frits Helmuth was a Danish film actor. He appeared in 60 films between 1938 and 2004. He was born and died in Copenhagen, Denmark. He was the son of Osvald Helmuth and is the father of Mikael Helmuth and Pusle Helmuth.

The Robert Award for Best Actor in a Leading Role is a Danish Academy Film award presented at the annual Robert Award ceremony to recognize an actor who has delivered an outstanding leading performance in a Danish film.

The 11th Robert Awards ceremony was held in 1994 in Copenhagen, Denmark. Organized by the Danish Film Academy, the awards honoured the best in Danish and foreign film of 1993.

The Association of Craftsmen in Copenhagen is an interest organisation based in Copenhagen, Denmark. Its 2,200 members are owners of small and medium large companies. It is affiliated with 35 guilds and industry organisations.

My Son Peter is a 1953 Danish film directed by Jon Iversen and starring Gunnar Lauring, Berthe Qvistgaard and Frits Helmuth. 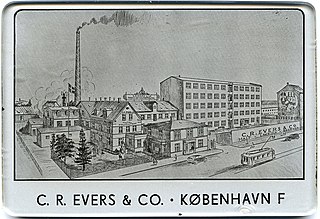 C. R. Evers & Co. was a Danish confectionary company based in Copenhagen, Denmark. The Evers brand is now owned by Carletti.