"Struggle for Pleasure" is a musical piece released in 1983 by Belgian composer Wim Mertens. It is the theme music used by the Belgian phone operator Proximus. It was featured in the Peter Greenaway movie The Belly of an Architect . Energy 52's track "Café Del Mar" features a main melody based on "Struggle for Pleasure". [1] It was also covered by Belgian dance music group Minimalistix in 2000 and reached dance charts across Europe. 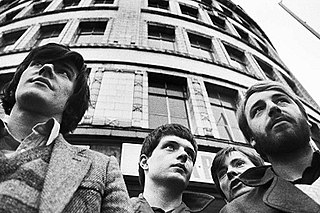 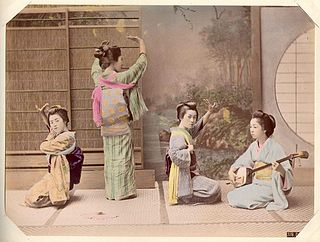 Japanese traditional dance describes a number of Japanese dance styles with a long history and prescribed method of performance. Some of the oldest forms of traditional Japanese dance may be among those transmitted through the kagura tradition, or folk dances relating to food producing activities such as planting rice and fishing, including rain dances. There are large number of these traditional dances, which are often subfixed -odori, -asobi, and -mai, and may be specific to a region or village. Mai and Odori are the two main groups of Japanese dances, and the term Buyō (舞踊) was coined in modern times as a general term for dance, by combining mai (舞) and odori (踊). 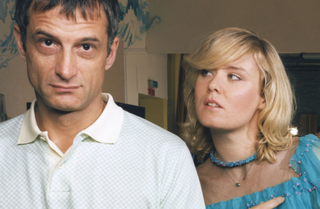 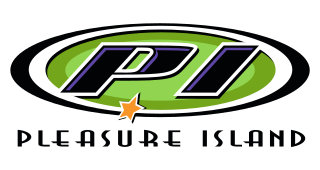 Pleasure Island was an area of the Downtown Disney shopping, dining and entertainment district at Walt Disney World Resort. It officially opened on May 1, 1989. In September 2008, all of its clubs were closed, but its retail stores and restaurants remained open. The area is now called The Landing and is the central part of Disney Springs. 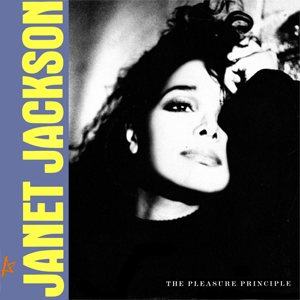 "The Pleasure Principle" is a song by American singer Janet Jackson from her third studio album, Control (1986). It was written and produced by Monte Moir, with co-production by Jackson and Steve Wiese. The song was released on May 12, 1987, by A&M Records as the album's sixth single. "The Pleasure Principle" is an "independent woman" anthem about love gone wrong, built around a dance beat. The photo for the single cover was shot by fashion photographer David LaChapelle.

The köçek was typically a very handsome young male rakkas, or dancer, who usually cross-dressed in feminine attire, and was employed as an entertainer.

Anita Doth is a Dutch singer and songwriter best known as the front person of the duo 2 Unlimited, along with rapper Ray Slijngaard. 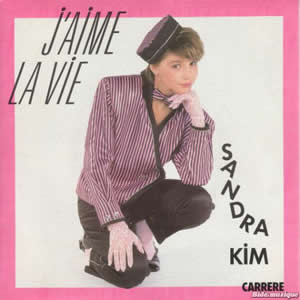 "J'aime la vie" was the winning song of the Eurovision Song Contest 1986, performed for Belgium by Sandra Kim. Belgium had finished the 1985 Contest in last place, and thus achieved the rare turnaround from last to first in the space of one year. The song also marks the only time to date that Belgium has won the Contest. The song was also included on Kim's album J'aime la vie in 1986. When released as a single, it topped Belgium's singles chart for seven weeks and was the country's best-selling hit of 1986, and it also reached the top 20 in Austria, the Netherlands, Portugal, and Sweden.

Machiavel, named after Niccolò Machiavelli, is a Belgian rock group founded in 1974 and still recording and touring today. Its first few albums are typical of the progressive rock movement while the later albums were more in a new-wave rock direction.

"Ooh Aah... Just a Little Bit" is the Grammy Award-nominated debut solo single by Australian singer Gina G. The song was written by British songwriters Simon Caldwell and Steve Rodway, and was released as a single on 25 March 1996. It reached No. 1 on the UK Singles Chart almost two months later and was also a number-one hit in Israel. In the US, the song peaked at No. 12 on the Billboard Hot 100. The song was the United Kingdom's entry in the 1996 Eurovision Song Contest. The song finished in eighth place in the contest, staged in Oslo, Norway, on 18 May, and was very successful on the charts in Europe, Australia and the US.

"Rockin' Over the Beat" is a song by Belgian dance act Technotronic. It first appeared on their debut album Pump Up the Jam in 1989 and was released as a single the following year. It is accredited to "Technotronic featuring Ya Kid K", who co-wrote the track with Jo Bogaert.

Filterheadz are a techno DJ and production duo from Leuven, Belgium. Formed by brothers Bert and Maarten Wilmaers.

Bugaku is a Japanese traditional dance that has been performed to select elites, mostly in the Japanese imperial court, for over twelve hundred years. In this way, it has been known only to the nobility, although after World War II, the dance was opened to the public and has even toured around the world in 1959. The dance is marked by its slow, precise and regal movements. The dancers wear intricate traditional Buddhist costumes, which usually include equally beautiful masks. The music and dance pattern is often repeated several times. It is performed on a square platform, usually 6 yards by 6 yards.

"Aphrodite" is a song by Australian recording artist Kylie Minogue, taken from her eleventh studio album of the same name (2010). Written and produced by Nerina Pallot and Andy Chatterley, the song was included as the title track on the album, which was released on 5 July 2010. It was later included in the track list of Minogue's seventh extended play, A Christmas Gift, which was released on 1 December 2010. The song is a dance-pop track in which Minogue personifies herself as Aphrodite, the Greek goddess of love, beauty, pleasure, and procreation.

New beat is a style of Belgian underground music and subculture that fused techno and acid genres that flourished in Western Europe during the late-1980s.

"Night of My Life" is a song recorded by American singer Barbra Streisand for her 31st studio album, Guilty Pleasures (2005). It was released as the album's second single on September 27, 2005, by Columbia Records. The track was written by Ashley Gibb and Barry Gibb while production was handled by Barry Gibb and John Merchant. It serves as one of Streisand's first of 11 reunion collaborations with Barry Gibb since their work on her album Guilty in 1980. It was released digitally and on 12" and CD in five different formats, each including various remixes of the single.