Last updated February 25, 2019
For other rivers and uses of the name Stura, see Stura (disambiguation). 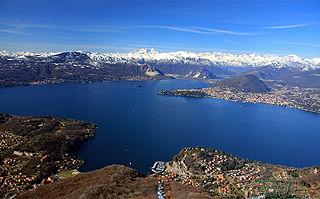 The river is a tributary to the river Tanaro, which is a tributary of the river Po. Its source is in the Alps, near the border with France. It flows through Demonte and Cuneo before joining the Tanaro just east of Cherasco. 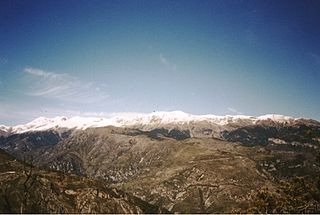 Stura [sty.ʁa] was a department of the French Consulate and of the First French Empire in present-day Italy. It was named after the river Stura di Demonte. It was formed in 1802, when the Subalpine Republic was annexed to France. Its capital was Cuneo.

The Maddalena Pass is a high mountain pass between the Cottian Alps and the Maritime Alps, located on the border between Italy and France. It connects Barcelonnette in France with Cuneo in Italy. Its French name Col de Larche refers to the village Larche on its northwestern side. 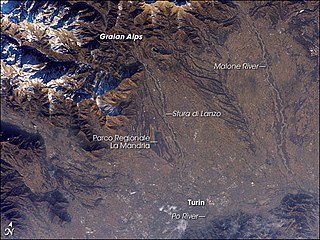 Stura di Lanzo is a 65-kilometre (40 mi) long river in north-western Italy (Piedmont), in the Metropolitan City of Turin. It is formed from several tributaries near Lanzo Torinese. It flows into the river Po in Turin. 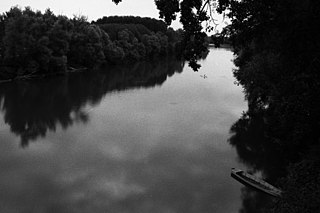 Argentera is a comune (municipality) in the Province of Cuneo in the Italian region Piedmont, located about 100 kilometres (62 mi) southwest of Turin and about 60 kilometres (37 mi) west of Cuneo, on the border with France. It consists of a series of sparse hamlets in the upper Valle Stura di Demonte. The municipal seat is in Bersezio, on the road to the Maddalena Pass. 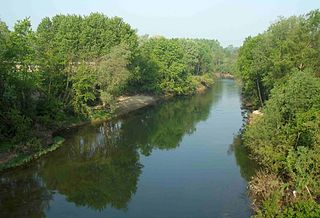 The Bormida is a river of north-west Italy. 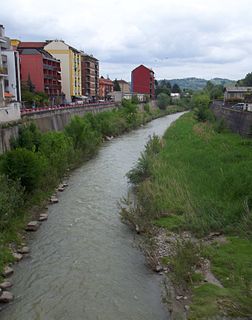 The Stura del Monferrato is a 36.7-kilometre (22.8 mi) stream, which runs through Murisengo, Cerrina Monferrato, Mombello Monferrato and Pontestura in the Italian Province of Alessandria.

The Valle Grana is a valley in the province of Cuneo, Piedmont, northern Italy.

The Colle Fauniera is a mountain pass in the Cottian Alps, Piedmont, northern Italy, located at 2,480+ m elevation. 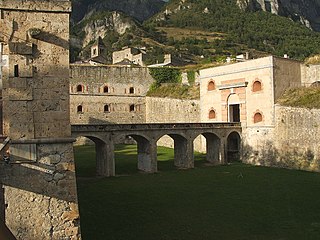 The Forte Albertino is a fortress in Vinadio, Piedmont, northern Italy, located outside the town on the Stura di Demonte river valley.

Valle Gesso is a valley in the Maritime Alps, located in the Italian province of Cuneo and crossed by the Gesso torrent.

The Stura di Demonte Valley is a valley in south-west of Piedmont in the Province of Cuneo, Italy.

The Sambucana or Demontina is a breed of upland sheep from the province of Cuneo, in Piemonte, north-west Italy. It takes its name from the comune of Sambuco in the Valle Stura di Demonte, the area where it is thought to have originated; the other name of the breed, Demontina, derives from the name of that valley. The Sambucana is also raised in the adjoining valleys, the Valle Gesso, the Valle Grana and the Valle Maira. It is one of the forty-two autochthonous local sheep breeds of limited distribution for which a herdbook is kept by the Associazione Nazionale della Pastorizia, the Italian national association of sheep-breeders.