Sukhdev Singh Kang ( 15 May 1931 –12 October 2012) was the fourteenth Governor of Kerala from 25 January 1997 to 18 April 2002. He served as a judge of the Punjab and Haryana High Court from 19 February 1979 till 23 October 1989 [2] and was subsequently promoted and transferred as the Chief Justice of the Jammu and Kashmir High Court,a post he held from 24 October 1989 to 14 May 1993. [3] During his tenure E K Nayanar and A K Antony were the Chief Ministers of Kerala. Following his stint as the Governor of Kerala,he was appointed a member of the National Human Rights Commission 1993. He then retired. [4]

Events in the year 2002 in the Republic of India.

Events in the year 1998 in the Republic of India.

M. Fathima Beevi is a former judge of the Supreme Court of India. Appointed to the apex Court in 1989,she became the first female judge to be a part of the Supreme court of India,and the first Muslim woman to be appointed to any of the higher judiciaries in country. On her retirement from the court,she served as a member of the National Human Rights Commission and later as the Governor of the Indian state of Tamil Nadu from 1997 to 2001. 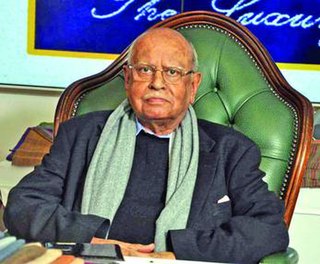 Events in the year 1988 in the Republic of India.

Bhim Singh is an Indian politician,activist,lawyer and author. He is the founder and president of the Jammu and Kashmir National Panthers Party (JKNPP),a political organisation based in the conflict-torn Indian state of Jammu and Kashmir. He survived an assassination attempt by the senior superintendent of police,while leading the Jammu student protests of 1966,and went on to found the Panthers Party in 1982,along with his wife Jay Mala. Bhim Singh was Panthers Party chairman for 30 years,until 2012 when he nominated his nephew Harsh Dev Singh in place. In 2021,Bhim Singh made a return to active leadership aged 79,when he was elected president of Panthers Party. In the 2002 Jammu and Kashmir Elections,Panthers Party under his leadership won all seats in the Udhampur district,and formed part of the coalition government. In 2015,Bhim Singh's book Unbelievable - Delhi to Islamabad, was released by Indian vice-president Ansari,chronicling his efforts as a Supreme Court advocate,gaining the release of over 700 falsely accused prisoners,from Indian and Pakistani jails. He is believed to be the first man from India to visit 150 countries,and the second volume of his book documenting these travels,Peace Mission:Around the World on Motorcycle, was released by Dr. Karan Singh the erstwhile crown prince of Jammu and Kashmir. Bhim Singh was elected member of the Jammu and Kashmir Legislative Assembly (1977–87) from Chenani-Ghordi (Udhampur),and was nominated by successive Prime Ministers of India as member of the National Integration Council (1991-2016). Bhim Singh,as leader of the Panthers Party,won the 1988 Udhampur by-election to the Indian parliament,despite the Election Commission of India,attempting to rig it against him. 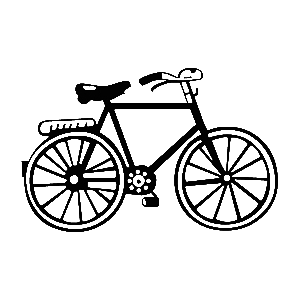 The Jammu &Kashmir National Panthers Party is a state political party in the state of Jammu and Kashmir,India. The party was founded on 23 March 1982 by Prof. Bhim Singh and a few prominent youth political personalities of the time including Jay Mala,former President of the Indian Students Congress. Its aim is to "demolish corruption,communalism,criminalization,drug menace" and to establish a real democracy through ultimate revolution. Panthers Party had campaigned for over three decades for the abolition of Article 370 and Article 35A,demanding that the special status of the State of Jammu and Kashmir be revoked,and for it to be fully assimilated into the Republic of India. These demands were finally met by a presidential order in August 2019 that revoked Jammu and Kashmir's special status. Panthers Party campaigns for a further division of the Union Territory of Jammu and Kashmir,with the recognition of Hindu-majority Jammu Division as a new and separate state of India.

Justice Mehr Chand Mahajan (1889–1967) was the third Chief Justice of the Supreme Court of India. Prior to that he was the Prime Minister of the state of Jammu and Kashmir during the reign of Maharaja Hari Singh and played a key role in the accession of the state to India. He was the Indian National Congress nominee on the Radcliffe Commission that defined the boundaries of India and Pakistan.

Palanisamy Gounder Sathasivam is an Indian judge who served as the 40th Chief Justice of India,holding the office from 2013 to 2014. On retirement from his judicial career,Sathasivam was appointed as the 21st Governor of Kerala from 5 September 2014 to 4 September 2019. Sathasivam is the second judge from Tamil Nadu to become the CJI,after M. Patanjali Sastri. He is also the first former Chief Justice of the Supreme Court to be appointed as the Governor of a state. He is the first Governor of Kerala to be appointed by the Narendra Modi Government.

Rajesh Bindal is an Indian judge. Presently,he is Chief Justice of Allahabad High Court. He is former acting Chief Justice of the Calcutta High Court. He was appointed by the president of India to serve as acting chief justice after the retirement of T. B. Radhakrishnan. The Bar Council of West Bengal has appealed to the Chief Justice of India (CJI) for his removal on grounds of "interference in fair and impartial dispensation of justice".