Sunny Side of the Street (song)

"The Sunnyside of the Street" is a track from The Pogues' fifth album, Hell's Ditch , released in 1990. The song, composed by Shane MacGowan and Jem Finer, is an up-tempo celebration of an unrepentant libertine - a common theme for frontman and lyricist MacGowan. 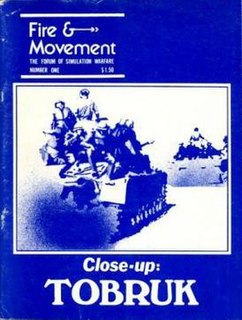 Fire & Movement: The Forum of Conflict Simulation was a magazine devoted to wargames, both traditional board wargames and computer wargames. It was founded by Rodger MacGowan in 1975, and began publication the following year.

Foster McGowan Voorhees was an American Republican Party politician, who served as the 30th governor of New Jersey from 1899 to 1902.

McGowan is an Irish surname. It is an Anglicization of the Irish Mac Gabhann and Scottish surname Mac Gobhann. Belonging to the Uí Echach Cobo, located in modern-day County Down in the east of Ulster, they produced several over-kings of Ulaid. By the late 12th century, the English had expelled the McGowans to Tír Chonaill in the west of Ulster.

Micí Mac Gabhann was a seanchaí and memoirist from the County Donegal Gaeltacht. He is best known for his posthumously published emigration memoir Rotha Mór an tSaoil (1959). It was dictated to his folklorist son-in law Seán Ó hEochaidh and polished for publication by Proinsias Ó Conluainn. The account won wide praise and was translated into English by Valentin Iremonger as The Hard Road to Klondike (1962).

Victoria Mary Clarke is an Irish journalist and writer.

Rodger B. MacGowan is an artist, game developer, art director and magazine publisher who has been active in the board wargame industry since the 1970s. MacGowan is a prolific artist of cover art for wargames, and the wargaming magazine he founded, Fire & Movement, won the Charles S. Roberts Award several times while under his editorial control.