The Supreme Court (Polish : Sąd Najwyższy) is the highest court in the Republic of Poland. It is located in the Krasiński Square, Warsaw.

One of the chambers of the Supreme Court, the Disciplinary Chamber, was suspended by a judgment of the CJEU. Despite the judgment, the chamber continues to operate. [1] [2]

The Supreme Court followed on from the Court of Cassation of the Principality of Warsaw. It began its work in 1917 during the First World War as the Royal Imperial Supreme Court (Polish: Królewsko-Cesarski Sąd Najwyższy). [4] [5] Pomian-Srzednicki was appointed the first president of the court. After Poland gained full independence in 1918, the Supreme Court was reformed by decree of 8 February 1919 and many judges who were considered to be loyal to the emperor were dismissed. [4]

In 2002 a new legal basis for the organisation of the Supreme Court was created, replacing the old one of 1984. [9]

In 2017 the Polish government passed a law which would have forced all Supreme Court judges into mandatory retirement apart from those granted an extension by the Minister of Justice. The bill was passed in the Polish Sejm and the Senate however following mass protests against the bill it was ultimately vetoed by President Andrzej Duda on 24 June 2017. A revised bill reduced mandatory retirement age of judges from 70 to 65. The bill was later signed by President Duda and came into force in July 2018. The law effectively retires 40% of the Supreme Court bench including the First President of the Supreme Court, Malgorzata Gersdorf.

Polish opposition parties, the European Commission, the European Parliament, the Polish Supreme Court, and the National Council of the Judiciary have claimed the law is unconstitutional because it violates the principles of the independence of the judiciary. In August 2018 the Supreme Court sent questions to the European Court of Justice regarding the reforms. Under Union law the court can prevent the State law from coming into force if it undermines the treaties of the European Union regarding judicial independence.

On 17 December 2018, President Duda signed a law that will reinstate the judges who had been forced out of their jobs. [10]

On 8 April 2020 the EU Court of Justice ruled in a court case ("Commission v Poland") that the state of Poland "had failed to fulfil its obligations under EU law". As a result, the Court granted "the Commission’s application for interim measures" which will likely be realised with monetary fines. [11]

CJEU suspension of the Disciplinary Chamber

On 12 October 2020, Adam Tomczyński, a Judge from the Disciplinary Chamber, waived the immunity of Beata Morawiec, judge of the District Court in Kraków. Moments after that the European Association of Judges expressed its unbreakable solidarity to Judge Beata Morawiec and to all independent Polish judges and once again stated that "The Disciplinary Chamber of the Polish Supreme Court is not a court and cannot continue to act as one" and urges the European Commission to take all necessary measures to urgently reestablish the EU legal order in Poland. [12] [13]

The Supreme Court supervises the adjudication in:

The Supreme Court is the court of last resort of appeal against judgements in the lower courts (except for administrative courts). It also passes resolutions to clarify specific legal provisions and resolve disputable questions in specific cases. These however are not (at least technically) legally binding.

In July 2018 a new law came into force which lowers the mandatory retirement age from 70 to 65. [16] The introduction of this law is contested and the constitutionality of the law is being assessed. Critics have argued the law is aimed at removing non-pliant judges and installing appointees desired by the current government, led by the Law and Justice party.

The budget of the Supreme Court is set in the annual budget of Poland. In 2019, expenditure amounted to approximately PLN 160 million and revenue to PLN 0.26 million. [37]

Cross of Independence was second highest Polish military decorations between World Wars I and II. It was awarded to individuals who had fought actively for the independence of Poland, and was released in three classes.

Stefan Józef Godlewski was a Polish poet and novelist. 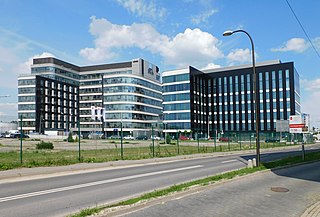 Wydawnictwo Naukowe PWN is a Polish book publisher, founded in 1951, when it split from the Wydawnictwa Szkolne i Pedagogiczne.

Edward Józef Abramowski was a Polish philosopher, libertarian socialist, anarchist, psychologist, ethician, and supporter of cooperatives. Abramowski is also one of the best known activists of classical anarchism in Poland. 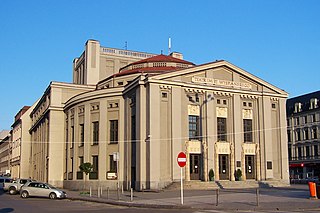 Silesian Theatre dedicated to Stanisław Wyspiański is the largest theatre in Silesia. It is located on the market square in Katowice.

Karol Michał Popiel was a Polish politician of the christian democracy tendency and writer. During World War II Popiel served as Minister of Justice from 1941 to 1942 and Minister for the reconstruction of public administration from 1943 to 1944 in Polish government in exile. After the end of war, he was a leader of Labor Party from 1945 to 1946.

The taraban is a percussive drum-like folk instrument of Turkish origin, which was once used in Ukraine and, to a lesser extent, in Poland.

The Filaret Association was a secret student organization created in 1820 by Tomasz Zan within the Philomates following the dissolution, under pressure from Vilnius University authorities, of the Radiant Association. The Filaretes continued the latter's tradition, with the stated aims of supporting fellow students through good advice, and more unofficially, promoting Polish culture and patriotism. They had about 176 members in 1822. The Association was disbanded in 1823 following the arrests of the Philomathes.

The judiciary of Poland are the authorities exercising the judicial power of the Polish state on the basis of Chapter 8 of the Constitution of Poland. As in almost all countries of continental Europe, the Polish judiciary operates within the framework of civil law.

Irena Eichlerówna was a Polish actress. She was considered to be "Poland's Eleonora Duse".

Wrocław Valley (318.52) is a mesoregion of great length, located in the Silesian Lowlands, with a total west-to-east length of 100 km, and a width of 10-12 km, totalling a surface area of 1220 km2. From the north and the north-east, the mesoregion borders the Rościsławska Upland, Oleśnica Plain and the Opole Plain, from the north-west with the Wrocław Plain, the Nysa Kłodzka Valley and Niemodlin Plain. On the very north-western tip, the Wrocław Valley borders the Ścinawski Lowland, Lubin Upland and Legnica Plain, whilst on the north-easternmost tip, it borders the Chełm Upland, and Racibórz Basin.

Małgorzata Maria Gersdorf is a Polish lawyer and judge who served as the First President of the Supreme Court of Poland. She was appointed in 2014 and her six-year term ended on 30 April 2020.

Wiktor Zygmunt Przedpełski was a Polish socialist and independence activist, member of the Sejm. 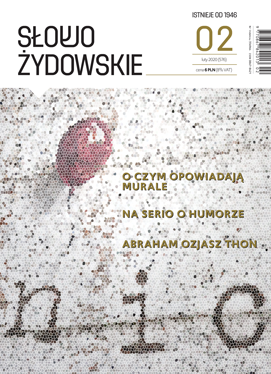 The Jewish Word is a bilingual periodical magazine published monthly in Polish and Yiddish. Founded in 1992, it is currently the primary Jewish publication in Poland.

Natalia Andriyivna Livytska-Kholodna was a Ukrainian poet, best remembered for her poems Vohon' i popil (1934), Sim liter (1937) and Poeziji stari i nowi (1986). She was the daughter of Andriy Livytskyi, the last prime minister of the Ukrainian People's Republic.

Legal advisor is a legal profession recognized in the Polish legal system. Legal advisors are lawyers providing legal services, not affiliated with any law society or bar association. Practising legal advisors do not have to possess a practising certificate and their activity is based on the principle of economic freedom guaranteed in Polish entrepreneurial law.

In Poland, the common courts, according to article 177 of the Constitution, are the courts of general jurisdiction, i.e. they rule on all cases in which the jurisdiction has not been explicitly transferred to other courts. This includes a broad range of cases, including civil, criminal, labour, economic and insurance law. The other types of courts recognised in Poland are administrative courts and military courts. The territorial jurisdiction of these courts and their creation is regulated by the minister of justice.

Wikimedia Commons has media related to Highest Court of Poland .
This page is based on this Wikipedia article
Text is available under the CC BY-SA 4.0 license; additional terms may apply.
Images, videos and audio are available under their respective licenses.