Svante was born at Penningby Castle (Penningby slott) at Norrtälje in Uppland. He was born around 1460 as the son of Nils Bosson (ca 1426-1494) of the family Natt och Dag. His mother was Birgitta Tordsdotter Bonde (1439-1494) of the Sture family. He never himself used the surname Sture. His son later took the maternal surname due of its prestige and tradition of preserving the Swedish independence. [3] [4] [5]

He became a member of the Privy Council of Sweden no later than 1482, but acted in opposition to his distant kinsman Sten Sture the Elder, going as far as supporting King John of Denmark. Unwillingly he then switched sides and supported Sten Sture in overthrowing the king. When Sten Sture died in 1503, Svante became head of state in January 1504. His resignation was demanded by the Privy Council of Sweden in the summer of 1511, on the grounds that he had neglected the defense on the occasion of Danish ravages. In practice he remained in power until his death at Arboga on 2 January 1512. Svante Nilsson was buried in Västerås Cathedral. [6] [7] 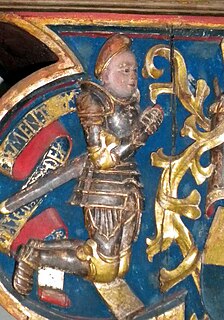 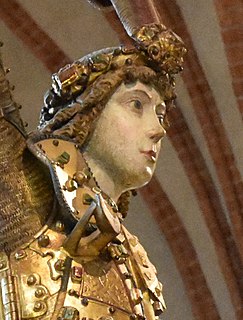 Sture was the name of three influential families in Sweden from the late 14th century to the early 16th centuries. One member of second of these families and two members of the last served as nationalist Regents of Sweden in the Kalmar Union between 1470 and 1520. The Sture Party were supported by the peasants and burgesses which often resulted in conflict with the church and the nobility in the Privy Council who more often supported the Union. 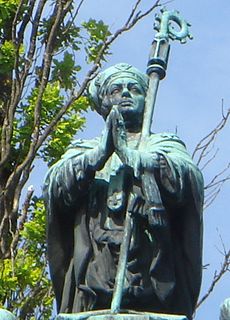 Jakob Ulvsson was Archbishop of Uppsala, Primate of the Roman Catholic Church of Sweden 1469–1515 and the founder of Uppsala University in 1477. 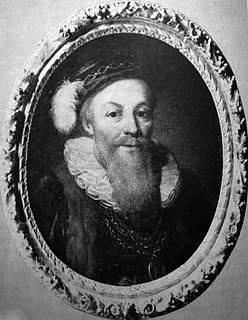 Erik Johansson Vasa was a Swedish noble and the Lord of Rydboholm Castle in Roslagen. His son would rule as King Gustav I of Sweden from 1523-1560.

Hemming Gadh was a Swedish Roman Catholic priest and Bishop of the Diocese of Linköping. He was a staunch ally of Sten Sture and a fierce opponent of Denmark and the Kalmar Union.

Arvid Birgersson, Lord of Bergkvara was a Swedish magnate and politician in the last decades of Middle Ages. He was justiciar of Östergötland and then of Tiohärad, as well as a Lord High Councillor of Sweden, and once a candidate for Regent. His family coat of arms depict a headless troll whereby some have retrospectively called him Arvid Trolle. 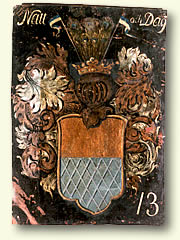 Mette Iversdotter Dyre was a Danish noble, nominal sheriff and chancellor. She was married three times to powerful men: two royal councillors and finally Svante, Regent of Sweden. As such she was a de facto queen consort. Mette Dyre is credited with political influence on the affairs of state through her spouse.

Events from the year 1528 in Sweden

Kalmar Bloodbath was a politically motivated mass execution that was carried out in Kalmar, Sweden on July 1505. The public executions included that of the mayor of Kalmar, the city Councillors and a number of the leading burghers of Kalmar by John, King of Denmark, as retaliation for assisting the Swedes in retaking the city of Kalmar from the Danes in 1503.