Last updated October 13, 2022
This article is about the league formed in 1488. For the earlier league of cities first formed in 1331, see Swabian League of Cities.
Mutual defence and peace keeping association

The Swabian League (Schwäbischer Bund) was a mutual defence and peace keeping association of Imperial Estates – free Imperial cities, prelates, principalities and knights – principally in the territory of the early medieval stem duchy of Swabia established on 14 February 1488.

The religious revolution of the Protestant Reformation divided its members, and the Swabian League disbanded in 1534. [2]

The Swabian League was established in 1488 at the behest of Emperor Frederick III of Habsburg and supported as well by Bertold von Henneberg-Römhild, archbishop of Mainz, whose conciliar rather than monarchic view of the Reich often put him at odds with Frederick's successor Maximilian. The Swabian League cooperated towards the keeping of the imperial peace and at least in the beginning curbing the expansionist Bavarian dukes from the House of Wittelsbach and the revolutionary threat from the south in the form of the Swiss. The League held regular meetings, supported tribunals and maintained a unified force of 12,000 infantrymen and 1200 cavalry. [3]

On 14 February 1488, a new Swabian League was formed, at the Reichstag of Esslingen, not only of 22 Imperial cities but also of the Swabian knights' League of St. George's Shield, bishops, and princes (Ansbach, Baden, Bavaria, Bayreuth, Hesse, Mainz, the Electorate of the Palatinate, Trier, Tyrol, and Württemberg). The league was governed by a federal council of three colleges of princes, cities, and knights calling upon an army of 13,000 men. It aided in the rescue of the future emperor Maximilian I, son of Emperor Frederick III, held prisoner in the Low Countries, and later was his main support in southern Germany.

After the death of Eberhard of Württemberg in 1496 the League produced no single outstanding generally accepted leader, and with the peace of 1499 with the Swiss and the definitive defeat of the aggressive Wittelsbachs in 1504, the League's original purpose, maintenance of the status quo in the southwest, was accomplished. Its last major action was the occupation and annexation of the Free City of Reutlingen by duke Ulrich of Württemberg in 1519 during the interregnum that followed the death of Maximilian I. The duke was overthrown, and his territory was sold to Charles V, offsetting the costs of the campaign.

It defeated an alliance of robber barons in the Franconian War in 1523, and helped to suppress the Peasants' Revolt in 1524–26.

The religious revolution of the Protestant Reformation divided its members, and the Swabian League disbanded in 1534. [4]

joined by several princes of the Empire until 1489:

extended after 1500 by its former opponent:

In 1512 Baden and Württemberg left the league, while the Prince-Bishops of Bamberg and Eichstätt were admitted, followed by 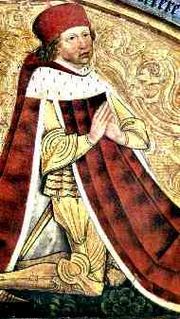 Albrecht III was Elector of Brandenburg from 1471 until his death, the third from the House of Hohenzollern. A member of the Order of the Swan, he received the cognomen Achilles because of his knightly qualities and virtues. He also ruled in the Franconian principalities of Ansbach from 1440 and Kulmbach from 1464. 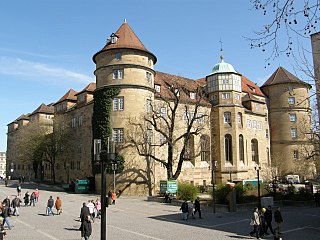 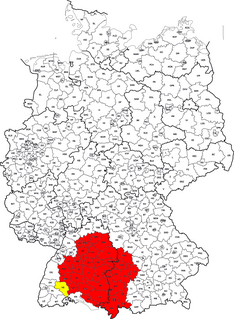 Bertold von Henneberg-Römhild (1442–1504) was Archbishop of Mainz and Prince-elector of the Holy Roman Empire from 1484, imperial chancellor from 1486, and leader of the reform faction within the Empire. 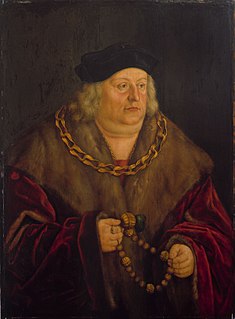 Several leagues of cities became influential in the history of the Holy Roman Empire. Military alliance and mutual assistance strengthened the position of imperial cities, especially during the interregnum period of the 13th to 14th century.

The Treaty of Teschen was signed on 13 May 1779 in Teschen, then in Austrian Silesia, between the Austrian Habsburg monarchy and the Kingdom of Prussia, which officially ended the War of the Bavarian Succession. 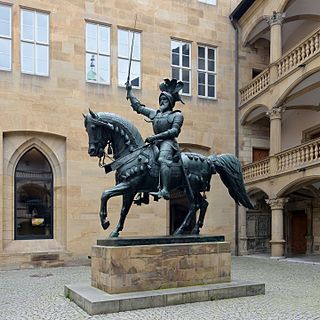 Frederick I, the Victorious was a Count Palatine of the Rhine and Elector Palatine from the House of Wittelsbach in 1451–1476.

The Bavarian War from 1459 to 1463, also known as the Princes' War, was a result of the expansionist ambitions of the two warring Principalities, pitting Margrave, later Elector, Albert Achilles from the House of Hohenzollern, which by this time had already annexed the principalities of Brandenburg-Kulmbach and Brandenburg-Ansbach, against Duke Louis "the Rich" of Bavaria-Landshut from the House of Wittelsbach. 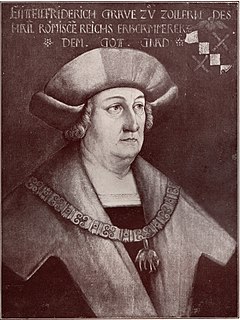 Eitel Friedrich II, Count of Hohenzollern was a count of Hohenzollern and belonged to the Swabian line of the House of Hohenzollern. He was the first president of the Reichskammergericht. As a close friend of the Archduke and later Emperor Maximilian I, he gained great influence in the imperial politics. He managed to consolidate and expand his own territory.