The Swedish library classification system, (Swedish : Klassifikationssystem för svenska bibliotek), or SAB system (SAB-systemet) is a library classification system for use in many public, school, and research libraries in Sweden. It primarily classifies books but is also used for other media, such as audio and video recordings. The first edition of the system was released in 1921 and was based on the classification that was used in the accession catalogs of the scientific libraries of that time. The abbreviation 'SAB' is for "Sveriges Allmänna Biblioteksförening" (Sweden's public library association). SAB merged with Svenska bibliotekariesamfundet (Swedish librarians' association) to form present day Svensk Biblioteksförening (Swedish library association).

The SAB system is regularly revised to track developments in new subject areas. The committee for classification systems for Swedish libraries — a part of Svensk Biblioteksförening — promulgates changes, corrections, and usage notes. Larger revisions may cause changes to the whole system and a new version of the classification system is published. The latest, eighth revision was started in 2002 and was put in use in autumn 2006.

Both the research libraries [1] (via the National Library of Sweden) and the public libraries [2] decided at the end of 2008 to recommend a transition to the Dewey Decimal system. The research libraries' major reason for transitioning are simplification: large parts of research literature is already classified in this system. For public libraries the concern is to have the same classification system over the entire country. A considerable savings would be enjoyed by both parties by not having to maintain a distinct national classification system.

SAB is built in a tree structure, where each individual subject has a signum. A signum is a code of one or more letters and sometimes other symbols, which together represent a particular subject category. The first letter, in upper case, indicates a general subject area (e.g. C for religion ). Additional lower case letters after the initial letter indicate more specialized subjects (e.g. Cg for practical theology and Cge for cathechethics. There is in principle no limit to how many subcategories can be formed in this way.

Kj=eHistory of France: in English

Ih,u or uIhArts and crafts : for children or young adults

In addition special additional codes are available which are only used on particular signums. These always begin with .0. For instance, the category Fc (the Swedish language) can be subdivided

The main classes of SAB are

The Bliss bibliographic classification (BC) is a library classification system that was created by Henry E. Bliss (1870–1955) and published in four volumes between 1940 and 1953. Although originally devised in the United States, it was more commonly adopted by British libraries. A second edition of the system (BC2) has been in ongoing development in Britain since 1977.

The Dewey Decimal Classification (DDC), colloquially known as the Dewey Decimal System, is a proprietary library classification system which allows new books to be added to a library in their appropriate location based on subject. It was first published in the United States by Melvil Dewey in 1876. Originally described in a forty-four-page pamphlet, it has been expanded to multiple volumes and revised through 23 major editions, the latest printed in 2011. It is also available in an abridged version suitable for smaller libraries. OCLC, a non-profit cooperative that serves libraries, currently maintains the system and licenses online access to WebDewey, a continuously updated version for catalogers. 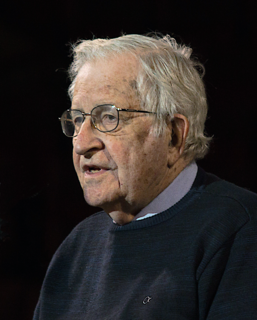 Avram Noam Chomsky is an American linguist, philosopher, cognitive scientist, historical essayist, social critic, and political activist. Sometimes called "the father of modern linguistics", Chomsky is also a major figure in analytic philosophy and one of the founders of the field of cognitive science. He is a Laureate Professor of Linguistics at the University of Arizona and an Institute Professor Emeritus at the Massachusetts Institute of Technology (MIT), and is the author of more than 150 books on topics such as linguistics, war, politics, and mass media. Ideologically, he aligns with anarcho-syndicalism and libertarian socialism.

The Universal Decimal Classification (UDC) is a bibliographic and library classification representing the systematic arrangement of all branches of human knowledge organized as a coherent system in which knowledge fields are related and inter-linked. The UDC is an analytico-synthetic and faceted classification system featuring detailed vocabulary and syntax that enables powerful content indexing and information retrieval in large collections. Since 1991, the UDC has been owned and managed by the UDC Consortium, a non-profit international association of publishers with headquarters in The Hague, Netherlands.

In linguistics, transformational grammar (TG) or transformational-generative grammar (TGG) is part of the theory of generative grammar, especially of natural languages. It considers grammar to be a system of rules that generate exactly those combinations of words that form grammatical sentences in a given language and involves the use of defined operations to produce new sentences from existing ones. The method is commonly associated with American linguist Noam Chomsky.

In computer science, Backus–Naur form or Backus normal form (BNF) is a metasyntax notation for context-free grammars, often used to describe the syntax of languages used in computing, such as computer programming languages, document formats, instruction sets and communication protocols. They are applied wherever exact descriptions of languages are needed: for instance, in official language specifications, in manuals, and in textbooks on programming language theory.

Generative grammar, or generativism, is a linguistic theory that regards linguistics as the study of a hypothesised innate grammatical structure. It is a biological or biologistic modification of earlier structuralist theories of linguistics, deriving ultimately from glossematics. Generative grammar considers grammar as a system of rules that generates exactly those combinations of words that form grammatical sentences in a given language. It is a system of explicit rules that may apply repeatedly to generate an indefinite number of sentences which can be as long as one wants them to be. The difference from structural and functional models is that the object is base-generated within the verb phrase in generative grammar. This purportedly cognitive structure is thought of as being a part of a universal grammar, a syntactic structure which is caused by a genetic mutation in humans.

In linguistics, the minimalist program is a major line of inquiry that has been developing inside generative grammar since the early 1990s, starting with a 1993 paper by Noam Chomsky. 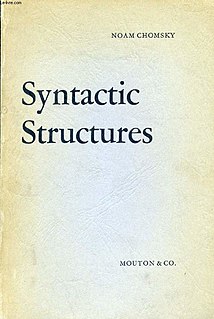 Syntactic Structures is an influential work in linguistics by American linguist Noam Chomsky, originally published in 1957. It is an elaboration of his teacher Zellig Harris's model of transformational generative grammar. A short monograph of about a hundred pages, Chomsky's presentation is recognized as one of the most significant studies of the 20th century. It contains the now-famous sentence "Colorless green ideas sleep furiously", which Chomsky offered as an example of a grammatically correct sentence that has no discernible meaning. Thus, Chomsky argued for the independence of syntax from semantics. 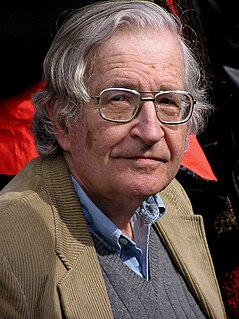 examines the activities carried out and tools used by people who work in places that accumulate information resources for the use of humankind, both immediately and for posterity. It discusses the processes that are in place to make resources findable, whether someone is searching for a single known item or is browsing through hundreds of resources just hoping to discover something useful. Information organization supports a myriad of information-seeking scenarios.

Haldex AB, also known as Haldex Group, is a Swedish public company operating in the commercial vehicle industry. It is listed on the OMX Stockholm Stock Exchange, and has an annual turnover of around 4.4 bn SEK. 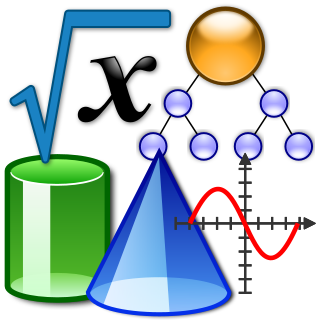 Jan Terje Faarlund is a Norwegian linguist and professor emeritus of North Germanic languages at the University of Oslo.