The National Syndicate of Phonographic Publishing (French : Syndicat national de l'édition phonographique; SNEP) is the inter-professional organisation that protects the interests of the French record industry. Originally known under the acronym SNICOP, [1] the organisation was established in 1922 and has 48 member companies.

The first attempt at a French national chart of best-selling records originated from a request by the American music industry magazine Billboard . The magazine's French correspondent, Eddie Adamis, compiled a top 10 list of the country's preferred format, the extended play (EP), for Billboard's "Hits of the World" column of 5 June 1961. The number 1 record was an Edith Piaf EP featuring the song "Non, je ne regrette rien". France's coverage in Billboard's "Hits of the World" continued until May 1964, when Adamis resigned from his position. The chart then resumed in June 1967, overseen by a new French correspondent, until SNICOP's involvement in late 1968. While the list continued to demonstrate the dominance of EPs, the English band Procol Harum succeeded in achieving the first French number 1 single, with their 1967 release "A Whiter Shade of Pale". [1]

SNICOP published its first national singles chart, or "Hit Parade Officiel", in October 1968, compiled by the Centre d'Information et de Documentation du Disque. [2] Earlier that year, with reference to the new chart compiler, Billboard had reported that "for the first time the main record companies are cooperating in an effort to produce a reliable sales chart which will serve the industry." [1] By July 1973, SNICOP had long been publishing a national albums chart. [2] These charts were abandoned in November 1977 due to disputes in the French music industry, leaving France without an official sales chart. [1]

The date recognised as the start of SNEP's charts in the modern era is 4 November 1984. This date marks the debut broadcast of Top 50, a television chart show on the recently launched Canal+ network. [1]

In December 2020, [3] the London-based Official Charts Company (OCC) announced it was taking over the contract from German company GfK, in compiling the French music charts for SNEP /SCPP (Civil Society of Phonographic Producers), with the OCC taking over on 1 January 2021. [4]

Since September 2002, the official charts have been as follows:

Criterion: The following guidelines are applied:

The Gold single certification was introduced in January 1973. [5] Platinum single was introduced in May 1980 followed by Silver in July 1985 and Diamond in January 1997. [5] Silver certification was cancelled in July 2009. [7] Until 2016, certifications were awarded at the request of the labels, based on sales reported by an accountant report. Since 2016, certification is automatic and includes physical sales, downloads and streams. Threshold were set for streams, based on the formula of 1 download equalling 150 streams. [5] In April 2018 streaming was limited to paid subscriptions. [5] The sales certification levels applicable through the years are as follows: [5]

Streaming levels are as follows: [5]

Artists: Most weeks at number one

Songs: Most weeks at number one

Songs: Biggest jump to number one

Songs: Most weeks in the top 10

Songs: Most weeks at number one

Mylène Jeanne Gautier, known professionally as Mylène Farmer, is a Canadian-born French singer, songwriter, occasional actress, writer, and entrepreneur. Having sold more than 30 million records in France, she is among the most successful recording artists of all time in that country. She holds the record for the most number one hit singles in the French charts, with twenty-one to date – eight of which were consecutive. 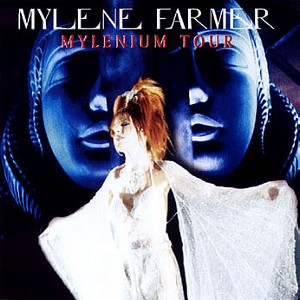 Mylènium Tour is the third live album by Mylène Farmer, released on 5 December 2000. 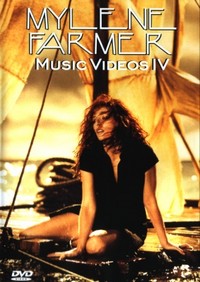 Music Videos IV is a DVD recorded by the French singer Mylène Farmer, containing all the singer's videoclips from 2001 to 2006. It was released in October 2006 in France.

This article presents the discography of the French pop rock singer Calogero.

"Rayon de soleil" is the name of a 2008 song recorded by the African singer William Baldé. It was his debut single and was released in July 2008 from his album En Corps étranger. It achieved success, becoming a number-one hit in France and Belgium.

"Marie" is a 2002 song recorded by French singer Johnny Hallyday. It was the first single from his album À la vie, à la mort !, and was released in October 2002. Written and produced by Gérald De Palmas, it achieved a huge success in France, topping the singles chart and thus becoming Hallyday's second number-one hit on the modern French SNEP Singles Chart since its establishment in 1984. 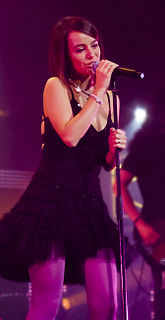 The Alizée discography is the discography of the French recording artist Alizée consisting of six studio albums, seventeen singles and five promotional singles; all the released singles have a music video associated with them.

Monkey Me is the ninth studio album by French singer-songwriter Mylène Farmer, and her 18th album overall. Preceded by the lead single "À l'ombre", which peaked at number-one in France, the album was released on 3 December 2012. Despite mixed reviews from critics, it entered the French album chart at number one selling almost 150,000 copies in its first week. The album was certified 3× Platinum within its first month of release in France. 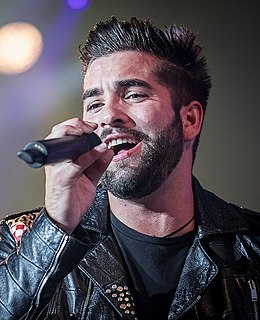 Kendji "Girac" Jason Maillié, also known mononymously as Kendji, is a French singer and guitarist. He is the winner of Season 3 of the music competition The Voice: la plus belle voix as part of Team Mika. He has released three studio albums, Kendji,Ensemble and Amigo as well as a string of hit singles.

This is the discography of French rock and roll singer Johnny Hallyday.

Interstellaires is the tenth studio album by French singer-songwriter Mylène Farmer. It was released on 6 November 2015 in France by Polydor Records. It is produced by Martin Kierszenbaum and The Avener. 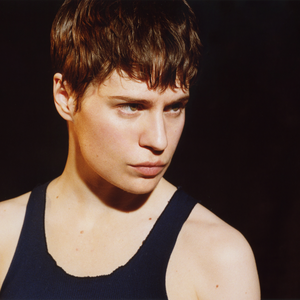 "Damn, dis-moi", also released under the title "Girlfriend", is a song by French singer Christine and the Queens featuring American funk musician Dâm-Funk. "Damn, dis-moi" is the French version and "Girlfriend" is the English version. Both versions were released on 17 May 2018. 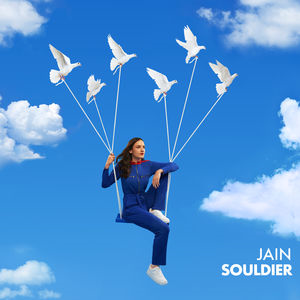 Souldier is the second studio album by French singer-songwriter Jain. It was released on 24 August 2018 through Spookland, Columbia and Sony Music. Its release was preceded by the lead single "Alright". The album's title is a play-on-words between 'soldier' and 'soul'.

Désobéissance is the eleventh studio album by French singer Mylène Farmer, released by Sony Music Entertainment on 28 September 2018. On 30 November 2018, the album was re-released with a bonus DVD. Désobéissance topped the chart in France and Belgium Wallonia, and reached number 3 in Switzerland and number 19 in Belgium Flanders.

Gandhi Bilel Djuna, better known by his stage name Maître Gims and more recently just Gims, is a DR Congolese singer-songwriter and rapper. He grew up in France and currently lives in France and Morocco. He is a former member of the hip hop group Sexion d'Assaut and released his first major album, Subliminal in 2013. The album sold over a million copies in France and peaked at number two in the Syndicat National de l'Édition Phonographique. His other two albums follow: Mon cœur avait raison in 2015 and Ceinture noire in 2018 reached number one in France and Belgium (Wallonia) and peaked in the top 40 in various European countries, including Denmark, Italy and Switzerland. 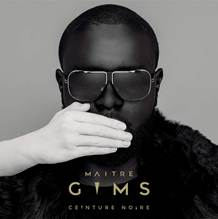 Ceinture noire is the third studio album by Congolese-French singer and rapper Gims, released on 23 March 2018 on the TF1 Group and Play Two labels.

"Miami Vice" is a song by Congolese–French singer and rapper Gims published on Transcendance, a reissue of the Ceinture noire album. It was released on 15 March 2019 as the 11th single from Ceinture noire and the first of its reissue.