Last updated January 03, 2020
This article is about the electorate. For the urban area, see Auckland.

In its current boundaries, Tāmaki Makaurau contains the Western Beaches of Waitakere City, all of West Auckland south of Te Atatu, the entire Auckland Isthmus, and the South Auckland suburbs of Mangere, Otara, Pakuranga and Manurewa. It does not contain Great Barrier or Rangitoto islands, as they are in Te Tai Tokerau; both Papakura and Waiheke Island are in Hauraki-Waikato. [1]

In the review of boundaries in 2007, the southern part of Manurewa shifted from Tāmaki Makaurau to the Hauraki-Waikato electorate. [2] The 2013/14 redistribution did not further alter the boundaries of the electorate. [3]

The main iwi of Tāmaki Makaurau are Ngāti Whātua, Kawerau a Maki, Tainui, Ngāti Pāoa, Wai-O-Hua and Ngāti Rehua, [4] though a pan-Māori organisation called Ngāti Akarana exists for urbanised Māori with no knowledge of their actual iwi; and, through a population trend whereby many rural Māori moved to the cities, the largest iwi affiliation in the seat are Ngāpuhi, Ngāti Porou, Waikato and Ngāti Maniapoto, all iwi local to other areas of New Zealand. [5]

Tāmaki Makaurau derives its name from the Māori-language name for Auckland, meaning "Tāmaki desired by many", in reference to the desirability of its natural resources and geography. [6]

Tāmaki Makaurau was formed for the 2002 election from the northern part of the Hauraki electorate. John Tamihere of the Labour Party was the representative for Hauraki, and he also won the first election in the Tāmaki Makaurau electorate in 2002. Tamihere spent his six-year parliamentary career dogged by controversy that often overshadowed his work as a minister and, at the 2005 election came ten percent behind Māori Party co-leader Pita Sharples. Because Tamihere had chosen not to seek a list placing, his parliamentary career was terminated. Sharples remained the current representative for the electorate until his retirement, [7] when the Labour's Peeni Henare won the seat. [8]

Members of Parliament for Tāmaki Makaurau

Unless otherwise stated, all MPs terms began and ended at a general election.

Members of Parliament elected from party lists in elections where that person also unsuccessfully contested the Tāmaki Makaurau electorate. Unless otherwise stated, all MPs terms began and ended at general elections.

John Henry Tamihere is a New Zealand former politician, media personality, and political commentator. He was member of Parliament from 1999 to 2005. He served as a Cabinet minister in the Labour Party from August 2002 to 3 November 2004. He was intending to stand again for Parliament in the 2014 election, but decided not to. In January 2019, he announced his intention to stand for Auckland mayor in the 2019 election, which he lost to Phil Goff. 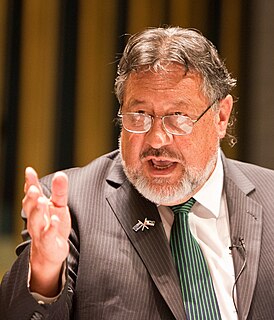 Sir Pita Russell Sharples is a New Zealand Māori academic and politician, who was a co-leader of the Māori Party from 2004 to 2013, and a minister outside Cabinet in the National Party-led government from 2008 to 2014. He was the member of Parliament for the Tāmaki Makaurau electorate in Auckland from 2005 to 2014. He stepped down as co-leader role of the Māori Party in July 2013. 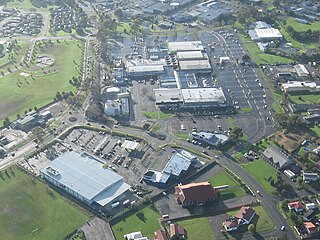 Māori politics is the politics of the Māori people, who were the original inhabitants of New Zealand and who are now the country's largest minority. Before the arrival of Pākehā (Europeans) in New Zealand, Māori society was based largely around tribal units, and chiefs provided political leadership. With the British settlers of the 19th century came a new British-style government. From the outset, Māori sought representation within this government, seeing it as a vital way to promote their people's rights and improve living standards. Modern Māori politics can be seen as a subset of New Zealand politics in general, but has a number of distinguishing features. Many Māori politicians are members of major, historically European-dominated, political parties, but several Māori parties have been formed. 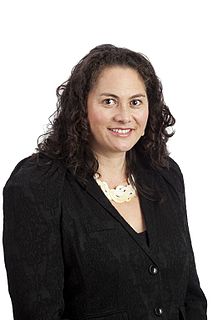 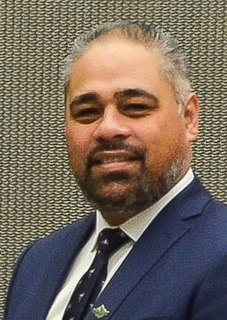 Te Ākitai Waiohua is a Māori iwi of the southern part of the Auckland Region of New Zealand.