TVN24 BiS (formerly TVN24 Biznes i Świat) is a Polish 24-hour hybrid business and world news channel, sister station to TVN24. It was launched on 1 January 2014, replacing TVN CNBC. TVN24 BiS belongs to the TVN Group which in turn is controlled by the Discovery Inc. As the world's first hybrid business and International news channel, most of the programmes are a combination of both format, although there are some exceptions.

The channel is available on all digital platforms in Poland (Cyfrowy Polsat and NC+), as well as most cable networks, satellite for viewers in the EU, Europe and around the world. The channel only competitor is Polsat News 2, sister network of Polsat News owned by Polsat which is also a hybrid business news and world news channel, replaced Polsat Biznes.

The Media of Poland consist of several different types of communications media including television, radio, cinema, newspapers, magazines, and Internet. During the communist regime in Poland the Stalinist press doctrine dominated and controlled Polish media. The country instituted freedom of press since the fall of communism. The Polish media system's main features are the product of the country's socio-political and economic post-communist transition. These features include: the privatisation of the press sector; the transformation of the state radio and television into public broadcasting services; influx of foreign capital into the media market and European integration of audiovisual media policies. Today the media landscape is very plural but highly polarized along political and ideological divides. 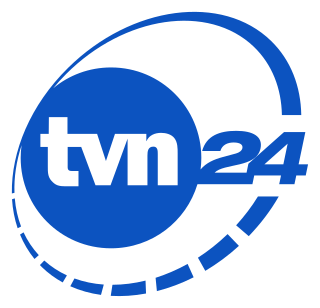 TVN24 is a Polish 24-hour commercial news channel, launched on 9 August 2001. Being a part of the TVN Network, TVN24 has been owned since July 2017 by US-based TV content provider Discovery. It gained broader popularity after the September 11, 2001 attacks in the US, which was the first major incident to be covered by TVN24. It is available over all digital platforms in Poland as well as in most cable networks and some networks in other countries, including USA and Germany. The audio portion of the channel can be streamed on the internet.

TV Puls is a Polish commercial television channel, which was based on Telewizja Niepokalanów with the support of companies such as PKN Orlen, KGHM Polska Miedź, PZU Życie, Prokom and which started broadcasting in March 2001. Due to financial problems, it ended broadcasting on 1 April 2003. With the help of the private company Antena 1 and of the owner of Polsat, Zygmunt Solorz-Żak, TV Puls resumed broadcasting in June 2003. Until recently, the station's programming was largely devoted to Catholic issues, as the majority of the company's stock was owned by the Franciscan Order. 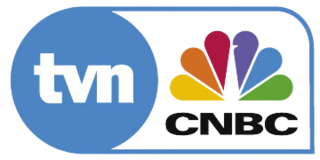 Fakty TVN is the flagship newscast of TVN, one of Poland's major television networks. The programme was launched on 3 October 1997, which was also the first day of the entire TVN. As of May 2009, it has an average audience of 3.2 million viewers, making it Poland's second most watched television newscast after TVP1's Wiadomości.

Polsat Biznes was a Polish-language business news TV channel. It was created in September 2004 as TV Biznes. The founder and owner TV Biznes was Professor Piotr Chomczyński and Piotr Barełkowski. Since February 8, 2007, the owner of TV Biznes is Polsat Group. On February 18, 2013, TV Biznes was renamed Polsat Biznes.

Fox is a Polish TV channel which broadcasts mainly American series produced by 20th Century Fox Television. Fox HD was launched on November 6, 2010 at 20:00. Since that day it has been available in two DTH platforms: n and Cyfrowy Polsat. SD version of the channel was launched in January 2011 and is available in cable television companies and since February 2011 also in Cyfrowy Polsat. The channel's accessibility is being expanded.

TTV is the first Polish, social-intervention television channel. It was launched on January 2, 2012. TTV broadcasts of a news and entertainment programs. The channel cooperates with TVN 24.

The sixth series of Mam talent! began airing on TVN on 7 September 2013 and ended on 30 November 2013. Marcin Prokop and Szymon Hołownia returned to present the show. Agnieszka Chylińska and Małgorzata Foremniak returned as judges and were joined by Agustin Egurrola. The series was won by Ukrainian sand artist Tetiana Galitsyna, who received PLN 300,000. The runner-up, folk music band Tekla Klebetnica received the second prize, a car funded by sponsor of the series. Dancer Santiago Gil came third.

Agnieszka Popielewicz is a Polish journalist, TV presenter and former model. Her notable work includes hosting the variety-game show Ciao Darwin and creating and hosting the Polsat Café program Super rodzinka. She has been married twice, her current spouse being Polish singer-songwriter Grzegorz Hyży. She has one daughter, who was born in 2013.

Zoom TV is a Polish television channel, launched on October 25, 2016.

Polsat 1 is a Polish television channel belonging to Telewizja Polsat launched on December 18, 2015, replacing Polsat 2 abroad. It is intended for recipients of Polish origin, staying abroad.

Media Business Centre (MBC) is a building located at 166 Wiertnicza Street in Warsaw, Poland. It is located in the part of Warsaw commonly known as Sadyba, on the administrative border of the Mokotów and Wilanów districts). It is the headquarters of the TVN Group and a large part of its companies. It was built in 2002.