TV 2 is a Norwegian terrestrial television channel. Its headquarters are located in Bergen. TV 2 began test broadcasting on 13 November 1991, and a year later, it was officially launched on 5 September 1992, becoming Norway's first commercial free-to-air television channel. In 1992, TV 2 A/S was admitted as full active member of the European Broadcasting Union. As is common with television (and cinema) in Norway, most foreign-language shows and segments of local programmes with foreign language dialogues (e.g. interviews with foreigners) are subtitled in Norwegian, not dubbed (with a notable exception being children's programmes). Since 2012, TV 2 is owned by one of its co-founders, the Danish media company Egmont Group.

Although TV 2 is a terrestrial channel, a paid subscription with RiksTV is required to view the channel in that manner. The channel is also available on cable, satellite, and IPTV platforms nationwide as well as selected pay-TV platforms in neighbouring Sweden. 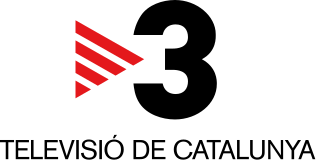 Televisió de Catalunya is the public broadcasting network of Catalonia, one of the seventeen autonomous communities of Spain.