Tablewo [taˈblɛvɔ] is a village in the administrative district of Gmina Suchowola, within Sokółka County, Podlaskie Voivodeship, in north-eastern Poland. [1] 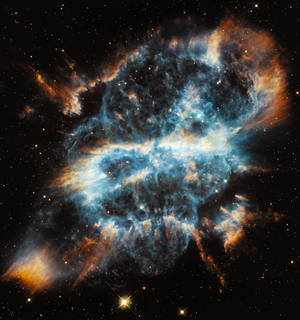 NGC 5189 is a planetary nebula in the constellation Musca. It was discovered by James Dunlop on 1 July 1826, who catalogued it as Δ252. For many years, well into the 1960s, it was thought to be a bright emission nebula. It was Karl Gordon Henize in 1967 who first described NGC 5189 as quasi-planetary based on its spectral emissions.

The Executive Council of Quebec is the cabinet of the government of Quebec, Canada.

Waitiki Landing is New Zealand's northernmost community after Te Hapua, near Cape Reinga in the Far North district of Northland.

Patan is a town and a nagar panchayat in Jabalpur district in the Indian state of Madhya Pradesh. Patan is 30 km from Jabalpur on State Highway 37A which connects Damoh to Jabalpur.

Lujiabang Road is the name of an interchange station between Lines 8 and 9 on the Shanghai Metro network. It began operation on December 29, 2007. 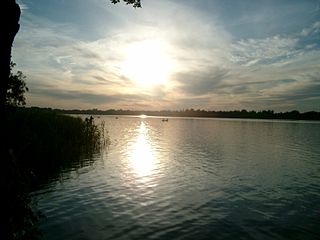 In finance, momentum is the empirically observed tendency for rising asset prices to rise further, and falling prices to keep falling. For instance, it was shown that stocks with strong past performance continue to outperform stocks with poor past performance in the next period with an average excess return of about 1% per month. Momentum signals have been shown to be used by financial analysts in their buy and sell recommendations. 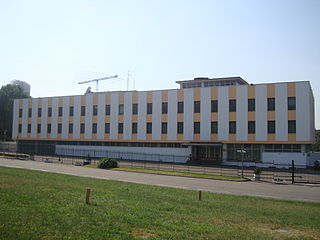 The Embassy of the Republic of Serbia in Moscow is the diplomatic mission of Serbia in the Russian Federation. It is located at 46 Mosfilmovskaya Street in the Ramenki District of Moscow Current Ambassador of Serbia to Russia is Slavenko Terzić. 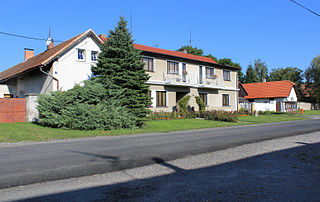 Velenice is a village and municipality in Nymburk District in the Central Bohemian Region of the Czech Republic.

Santana do Piauí is a municipality in the state of Piauí in the Northeast region of Brazil.

Baixa Grande do Ribeiro is a municipality in the state of Piauí in the Northeast region of Brazil. 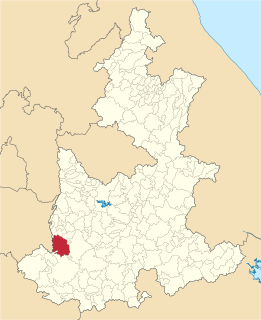 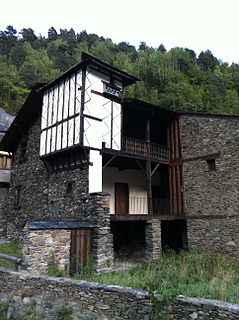 Cal Pal is a house located at La Cortinada, Ordino Parish, Andorra. It is a heritage property registered in the Cultural Heritage of Andorra. 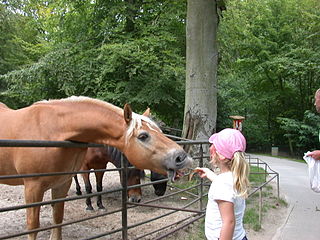 Sassnitz Wildlife Park is a wildlife park in the borough of Sassnitz on the German Baltic Sea island of Rügen. 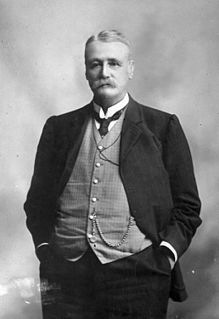 The Glastonbury Division is a former local government area in the Wide Bay–Burnett area of Queensland, Australia. Its headquarters were located in the town of Gympie.

Ponte Lungo is a station on the Rome Metro. It is on Line A and is located in Appio Latino, between Re di Roma and Furio Camillo stations. 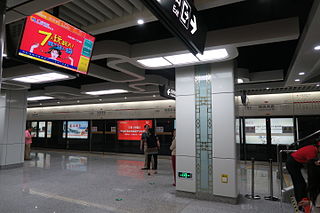 Liyuan South Road Station is an underground metro station in Ningbo, Zhejiang, China. It is located at the crossing of Xindian Road and Liyuan South Road. Construction of the station started in December 2010 and it opened on September 26, 2015.

Moosomin 112J is an Indian reserve of the Moosomin First Nation in Saskatchewan. It is 23 kilometers southwest of Spiritwood.

Shantinatha Shiva Temple is a nava-ratna temple, built in 1828 at Mitrasenpur, Chandrakona in Ghatal subdivision of Paschim Medinipur district in West Bengal, India.