After Brian Boru's death at the battle of Clontarf in 1014, Tadc was a serious contender to the kingship of Munster, rivalling his half brother Donnchad mac Briain. [3] Tadc was assassinated at the instigation of Donnchad in 1023. [3]

Brian Boru, was an Irish king who ended the domination of the High Kingship of Ireland by the Uí Néill. Bestowed the title of "Imperator Scottorum" or "Emperor of the Gaels", he built on the achievements of his father, Cennétig mac Lorcain, and especially his elder brother, Mathgamain, Brian first made himself King of Munster, then subjugated Leinster, eventually becoming High King of Ireland. He was the founder of the O'Brien dynasty, and is widely regarded as one of the most successful and unifying monarchs in medieval Ireland. 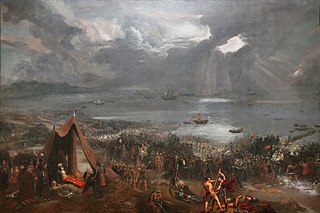 The Battle of Clontarf took place on 23 April 1014 by the River Tolka, from Clontarf inland, near the then-small Dublin. It pitted forces led by Brian Boru, High King of Ireland, against a Norse-Irish alliance comprising the forces of Sigtrygg Silkbeard, King of Dublin; Máel Mórda mac Murchada, King of Leinster; and an external Viking contingent led by Sigurd, of Orkney; and Brodir of Mann. It lasted from sunrise to sunset, and ended in a rout of the Viking and Leinster forces. It is estimated that between 7,000 and 10,000 men were killed. Although Brian's forces were victorious, Brian himself was killed, as were his son Murchad and his grandson Toirdelbach. Leinster king Máel Mórda and Viking leaders Sigurd and Brodir were also slain.

Diarmait mac Máel na mBó was King of Leinster, as well as High King of Ireland. He was one of the most important and significant kings in Ireland in the pre-Norman era. His influence extended beyond the island of Ireland into the Hebrides, the Isle of Man, Wales, and even into England.

Toirdhealbhach Ua Briain, anglicised Turlough O'Brien, was King of Munster and effectively High King of Ireland. A grandson of Brian Bóruma, Toirdelbach was the son of Tadc mac Briain who was killed in 1023 by his half-brother Donnchad mac Briain.

Toirdelbach is a masculine Irish given name. Forms of the name include Toirdhealbhach, Tárlach, and Traolach. An Anglicised form is Turlough. The names are ultimately derived from the Irish toirdhealbh meaning "prompting", and originated as a byname meaning "instigator". 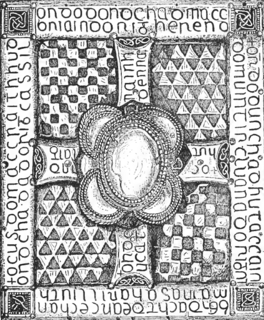 Amlaíb mac Sitriuc or Olaf Sigtryggsson, was the son of Sigtrygg Silkbeard, the Hiberno-Norse King of Dublin, and Sláine, the daughter of Brian Boru. A member of the Uí Ímair dynasty, his ancestors also included Amlaíb Cuarán and Gormflaith, who were influential in medieval Ireland. He was held to ransom by the Gaelic lord of Brega and later killed in England by Anglo-Saxons while on his way on pilgrimage to Rome in 1034. He thus predeceased his father. Some of his descendants later became the Kings of Gwynedd in Wales.

Cormac Mac Cárthaigh was a Gaelic Irish ruler who served as King of Munster. A member of the Mac Cárthaigh clan of the Eóganacht Chaisil, he was the final king of the unified Kingdom of Munster before the realm was divided into the Kingdom of Desmond and Kingdom of Thomond in the aftermath of the Treaty of Glanmire. 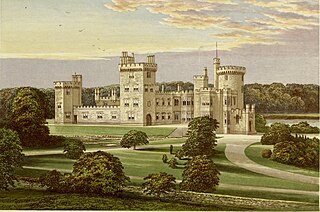 Donnchad mac Domnaill Remair, also known as Donnchadh mac Domhnall Reamhair, was a late-eleventh-century ruler of the kingdoms of Leinster and Dublin. He was a son of Domnall Remar mac Máel na mBó. Donnchad was slain in 1089.

Domnall Gerrlámhach, also known as Domnall Gerrlámhach Ua Briain, Domnall mac Muirchertaig, and Domnall Ua Briain, was an obscure twelfth-century Uí Briain dynast and King of Dublin. He was one of two sons of Muirchertach Ua Briain, High King of Ireland. Domnall's father appears to have installed him as King of Dublin in the late eleventh- or early twelfth century, which suggests that he was his father's successor-designate. Although Domnall won a remarkable victory in the defence of the Kingdom of Dublin in the face of an invasion from the Kingdom of Leinster in 1115, he failed to achieve the successes of his father. After his final expulsion from Dublin at the hands of Toirdelbach Ua Conchobair, King of Connacht, and the death of his father, Domnall disappears from record until his own death in 1135. He was perhaps survived by two sons. 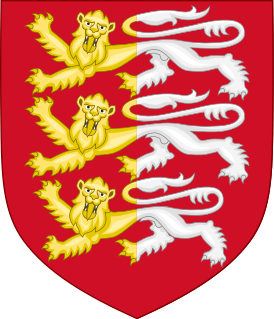 The O'Brien dynasty is a royal and noble house founded in the 10th century by Brian Boru of the Dál gCais or Dalcassians. After becoming King of Munster, through conquest he established himself as Ard Rí na hÉireann. Brian's descendants thus carried the name Ó Briain, continuing to rule the Kingdom of Munster until the 12th century where their territory had shrunk to the Kingdom of Thomond which they would hold for just under five centuries.

Domnall mac Murchada, also known as Domnall mac Murchada meic Diarmata, was a leading late eleventh-century claimant to the Kingdom of Leinster, and a King of Dublin. As a son of Murchad mac Diarmata, King of Dublin and the Isles, Domnall was a grandson of Diarmait mac Máel na mBó, King of Leinster, and thus a member of the Uí Chennselaig. Domnall was also the first of the Meic Murchada, a branch of the Uí Chennselaig named after his father.