Tamás Vastag (born 28 June 1991, Veszprém) is a Hungarian Music Awards-winning Hungarian singer and actor. He is most well known for coming 5th on the first season of the Hungarian version of X-Factor. 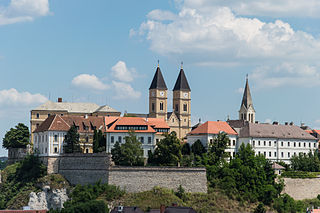 Tamás Vastag was born on 28 June 1991 in the town of Veszprém, near Lake Balaton, the son of Sándor Vastag, a university professor, and Márta, a teacher. His two brothers are Balázs and fellow X-Faktor contestant and winner Csaba Vastag. On 22 June 2016, he had a son, Sándor Samu Vastag. [1] 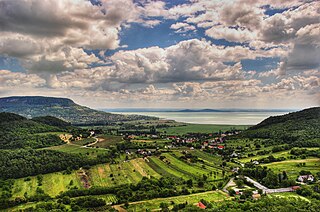 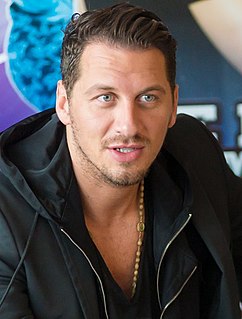 Csaba Vastag is a Hungarian musician, who won the first ever series of the Hungarian X-Faktor in 2010.

In 2010, he and his brother Csaba participated in the first season of the Hungarian counterpart of X-Faktor. Tamás came 5th, while his brother Csaba won the contest. In autumn of 2011, fellow Hungarian singer Ildikó Keresztes featured Tamás in her song Hátha lehet még in the album A démon, aki bennem van, along with Norbert L. Király and Nikolas Takács.

In late 2012, Tamás Vastag was announced to participate in the 2013 edition of A Dal, the Hungarian national selection for the Eurovision Song Contest. With the song Holnaptól, he was able to get to the final of the contest (from the 2nd heat, to the 2nd semi-final, and finally to the final), and was chosen by the judges to be eligible into the superfinal of the contest, where, if chosen by the televote, would have represented Hungary at the Eurovision Song Contest 2013. However, ByeAlex was chosen to be representative of that year. In late 2013, Tamás was announced to participate again in the 2014 edition of A Dal, [2] this time he attempted to represent Hungary in the Eurovision Song Contest 2014 with the song Miss One Smile. While the song was initially in English, Tamás decided to perform the Hungarian version of the song, entitled Állj meg világ. Chosen to sing again in the 2nd heat, Tamás was eliminated, with only 35 points, being beat out by fellow contestant Bogi. He will participate in A Dal again for the 2018 edition with the song Ne hagyj reményt. He was eliminated in the semi-finals.

The Eurovision Song Contest, often simply called Eurovision, is an international song competition held primarily among the member countries of the European Broadcasting Union. Each participating country submits an original song to be performed on live television and radio, then casts votes for the other countries' songs to determine the winner. At least 50 countries are eligible to compete as of 2018, and since 2015, Australia has been allowed as a guest entrant. 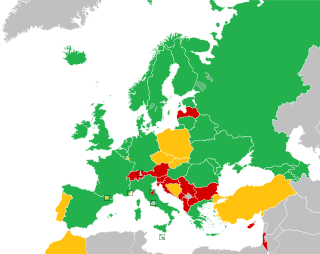 The Eurovision Song Contest 2013 was the 58th edition of the annual Eurovision Song Contest. It took place in Malmö, Sweden, following Loreen's win at the 2012 contest in Baku, Azerbaijan with the song "Euphoria". It was the fifth time that Sweden had hosted the contest, the last time being in 2000. Sveriges Television (SVT) chose Malmö Arena as the venue following the consideration of several venues in Sweden. Until 2019, this was the last edition not held in the host country's capital city. The host for the contest was Petra Mede. Thirty-nine countries participated, including Armenia, which was last represented in 2011. Bosnia and Herzegovina, Portugal, Slovakia and Turkey announced their withdrawal from the 2013 Contest. 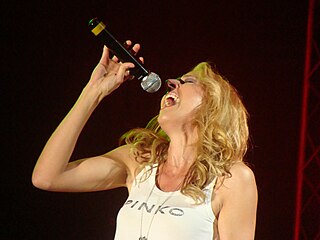 Hungary participated in the Eurovision Song Contest 2014 in Copenhagen, Denmark. Their entry was selected through the national competition A Dal, organised by the Hungarian broadcaster Magyar Televízió (MTV). András Kállay-Saunders represented Hungary with the song "Running", which qualified from the first semi-final and placed 5th in the final, scoring 143 points. It is the second best position ever for Hungary, after 4th place in their debut year 1994.

Georgina "Gigi" Radics is a Hungarian singer who is best known for participating in A Dal 2013 and 2014 and being one of the judges on the Hungarian X-Factor. 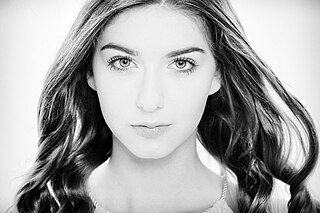 Boglárka Dallos-Nyers, better known as simply Bogi or Bogi Dallos, is a Hungarian singer, best known for participating in A Dal 2013, 2014 and 2015. 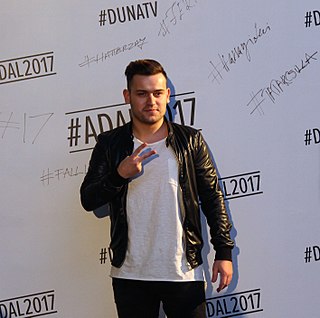 Ádám Szabó is a Hungarian singer, musician, and accordionist. He achieved fifth place in the fourth season of X-Faktor, Hungary's version of X-Factor.

Zoltán Mujahid is a Pakistani-Hungarian singer and music teacher. He is most notable for coming in 10th place in the first series of Megasztár and participating in A Dal 2015.

Dénes Pál is a Hungarian singer and artist, most notable for winning the first season of the Hungarian version of The Voice, The Voice – Magyarország hangja.

Gergő Oláh is a Hungarian singer and countertenor of Romani descent, most notable for winning the third season of X-Faktor and for participating in A Dal.

Hungary participated in the Eurovision Song Contest 2017. The local Media Services and Support Trust Fund (MTVA) and the Hungarian broadcaster Duna Media Service Provider organised the national final A Dal 2017 in order to select the Hungarian entry for the 2017 contest in Kiev, Ukraine. 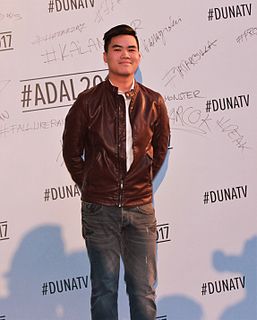 Huy Quang Le, known professionally as Benji, is a Hungarian singer-songwriter, known for coming in third place in X-Faktor and his participations in A Dal 2016 and 2017. 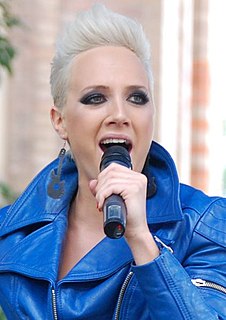 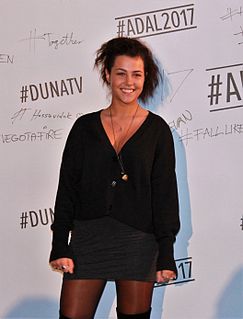 Andrea "Andi" Tóth is a Hungarian actress and singer, most notable for winning of the fifth series of X-Faktor, acting in the television show Válótársak, and for participating in A Dal.

Hungary participated in the Eurovision Song Contest 2018. The local Media Services and Support Trust Fund (MTVA) and the Hungarian broadcaster Duna Media Service Provider organised the national final A Dal 2018 in order to select the Hungarian entry for the 2018 contest in Lisbon, Portugal.

Roland Gulyás is an Hungarian singer, notable for coming in third place of the seventh series of Hungarian X-Faktor under the guidance of judge Gigi Radics and for his well-publicized relationship with fellow contestant Serena Rigacci. He participated in A Dal 2018, the Hungarian selection for the Eurovision Song Contest 2018 with the song "H Y P N O T I Z E D", composed by former Hungarian Eurovision participant ByeAlex. He was eliminated in the semi-finals.