Tamer of Tigers (released in English as Tiger Girl, Russian : Укротительница тигров, romanized: Ukrotitelnitsa tigrov) is a 1955 Soviet-era comedy film released by Lenfilm, directed by Nadezhda Kosheverova and Aleksandr Ivanovsky. [1] It was billed as a "lyrical and eccentric comedy". [2] This film was the debut of Soviet actress Lyudmila Kasatkina. [3] The film premiered in the USSR on 11 March 1955. [4] The film deals with the romantic intrigues and longings of a small Russian circus family and those around them.

Lena Vorontsova is the daughter of circus performers. Having fallen in love with the circus, for the incredible atmosphere that reigns in the arena and behind the scenes, she dreams of becoming a tamer. But so far she only cares for animals. The director invites motorcycle racer Fyodor Ermolaev to display an incredibly spectacular show number, right under the circus cupola. Lena is to assist him. The sailor Pyotr Mokin is hopelessly in love with Lena. But the girl’s heart belongs to Fyodor. He is also not indifferent to her but prefers to hide his feelings. The tamer Almazov is fired for addiction to alcohol and violation of discipline. Now the place of the tamer is vacant, and Vorontsova can make her cherished dream come true. Overcoming her fear, she starts to work, and tigers submit to her strong character to become obedient. She has to choose between a timer's career and touring with a loved one as his assistant. Lena decides to follow an old dream. Ermolaev rents a room with an accountant, his daughter Olga dances in a circus corps de ballet, and her parents want to marry her to an artist. She takes the position of an assistant on tour, instead of Vorontsova. Fyodor can't overcome his longing from Lena. He regrets not revealing his feelings to Lena. The motorcycle racer finds out that at the next performance Lena will show her number with the tigers. He hurries to confess her love, just in time. The couple gains long-awaited happiness. [5]

Names of the following persons mentioned on the cine-film:

Tamer of Tigers received a Diploma at the Second International Film Festival in Durban, South Africa, under its English name, Tiger Girl. [6] 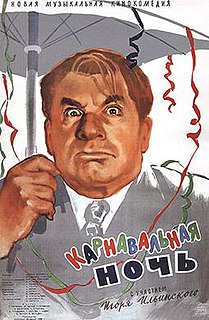 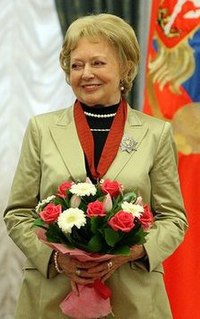 Lyudmila Ivanovna Kasatkina, was a Soviet and Russian actress who starred in a string of war-related films directed by her husband Sergey Kolosov. 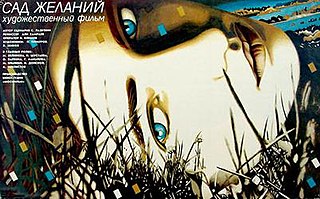 The Garden of Desires is a 1987 Soviet drama film directed by Ali Hamroyev.

Nikolay Nikolaevich Trofimov was a Soviet and Russian theater and film actor. People's Artist of the USSR (1990).

Lyudmila Mikhailovna Arinina is a Soviet and Russian actress. She was named an Honored Artist of the RSFSR in 1976. 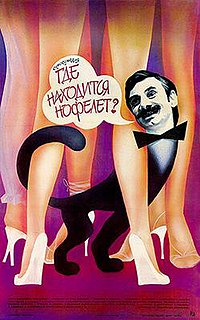 Where is the Nophelet? is a Soviet 1988 romantic comedy directed by Gerald Bezhanov. 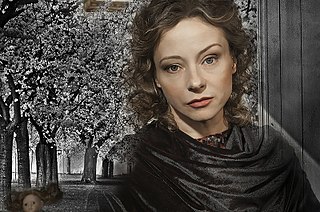 Yevgenia Vladimirovna Dobrovolskaya is a Soviet and Russian actress of theater and cinema, People's Artist of the Russian Federation (2005). Laureate of the Nika Award (2001) and Golden Eagle Award (2007).

In the Style of Jazz is a 2010 romantic comedy directed by Stanislav Govorukhin.

The Lonely White Sail is a 1937 Soviet adventure film directed by Vladimir Legoshin.

The Precious Seed is a 1948 Soviet drama film directed by Iosif Kheifits and Aleksandr Zarkhi. 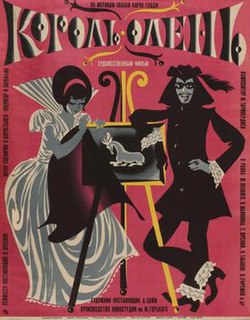 King Stag is a feature film directed by Pavel Arsenov based on the musical play of the same name by Carlo Gozzi, and shot at the Gorky Film Studio in 1969. In the film, songs are played to the music of Mikael Tariverdiev performed by Alla Pugacheva, Yury Yakovlev, Sergei Yursky, Oleg Yefremov, Oleg Tabakov. It was a classic of children's cinema in the Soviet Union. 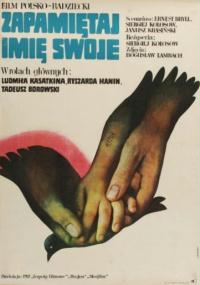 Remember Your Name is a Soviet-Polish film by Sergey Kolosov. 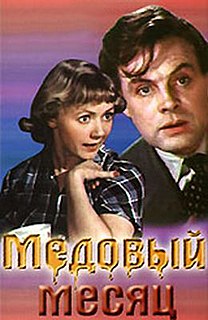 Honeymoon is a 1956 Soviet comedy film directed by Nadezhda Kosheverova.

A Girl with Guitar is 1958 Soviet musical comedy film directed by Alexander Feinzimmer. 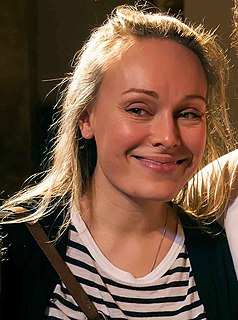 Olga Olegovna Lomonosova is a Russian actress and former ballerina. She is best known for her role as Kira Voropayeva in the television series Not Born Beautiful, also as Alla Safranov, in the 2019 Netflix TV series Better than Us the estranged wife to as Georgy Safronov Kirill Käro, and mother of their 2 children Egor and Sonya.

Not Under the Jurisdiction is a 1969 Soviet drama film directed by Vladimir Krasnopolskiy and Valery Uskov.

Valentina is a 1981 Soviet drama film directed by Gleb Panfilov.