Tanja may also refer to: 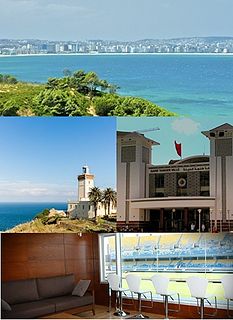 Tangier is a major city in northwestern Morocco. It is on the Maghreb coast at the western entrance to the Strait of Gibraltar, where the Mediterranean Sea meets the Atlantic Ocean off Cape Spartel. The town is the capital of the Tanger-Tetouan-Al Hoceima region, as well as the Tangier-Assilah prefecture of Morocco. 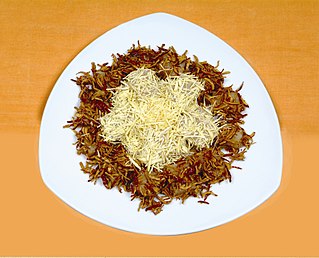 Danja is a variety of steamed tteok made with glutinous rice flour, sweet fillings, and sweet coatings.

The Tanja Liedtke Foundation is a German-based charity supporting modern and contemporary dance. It was established in July 2008 in honour of the dancer and choreographer, Tanja Liedtke who was killed the year before in a car accident in Sydney, Australia. The Foundation’s purpose is "to support the enrichment and advancement of contemporary dance theatre, and the development of Australian/European artistic connections."

Tania is a female given name

Champ is the short form of champion. It may also refer to:

Terra is the Latin/Italian name for Earth.

Rig may refer to:

Astor may refer to:

An ocean is a major body of salt water.

A boy is a human male child or young man.

XXXX may refer to:

Bad or BAD may refer to:

Bast may refer to:

Royal may refer to:

The Castle may refer to:

Tonia may refer to:

John is a common English name and surname:

Tonia is an Italian and Spanish feminine given name that is a diminutive form of Antonia as a feminine form of Tonino and Tonio that is used in Italian, Spain, parts of the United States, Mexico, Cuba, Dominican Republic, Guatemala, Honduras, El Salvador, Nicaragua, Costa Rica, Western Panama, Colombia, Venezuela, Peru, Ecuador, Bolivia, Chile, Paraguay, Argentina, Uruguay, and the Falkland Islands. It is also a variant of Tonja, Tonya, Tanya, Tanja, Tania. Variants of the name Tonia include LaTonia, LaTonya, and LaTanya.

Tonja is an English and Slovene feminine given name that is considered to be a short form of Antonija. Notable people with that name include the following:

Perahu Mayang is a type of fishing boat from Java, Indonesia. This type of boat is used mainly for fishing and trading. Historically, this indigenous vessel is also favored by European skippers and private merchants for trading in East Indies: 50% of them were using mayang and pencalang. It is mostly used in northern coast of Java. The major production site is in Rembang, Central Java.