Tardáguila is a municipality located in the province of Salamanca, Castile and León, Spain. As of 2016 the municipality has a population of 221 inhabitants.

Walter Tardáguila is a former Uruguayan cyclist. He competed in the individual road race and team time trial events at the 1972 Summer Olympics. 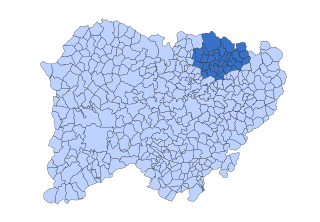