Tatsuya Nakadai (仲代 達矢, Nakadai Tatsuya, born Motohisa Nakadai; December 13, 1932) is a Japanese film actor famous for the wide variety of characters he has portrayed and many collaborations with famous Japanese film directors. [1]

He was featured in 11 films directed by Masaki Kobayashi, including The Human Condition trilogy, wherein he starred as the lead character Kaji, plus Harakiri , Samurai Rebellion and Kwaidan .

Nakadai worked with a number of Japan's best-known filmmakers—starring or co-starring in five films directed by Akira Kurosawa, as well as being cast in significant films directed by Hiroshi Teshigahara ( The Face of Another ), Mikio Naruse ( When a Woman Ascends the Stairs ), Kihachi Okamoto ( Kill! and The Sword of Doom ), Hideo Gosha ( Goyokin ), Shirō Toyoda ( Portrait of Hell ) and Kon Ichikawa ( Enjō and Odd Obsession ).

Nakadai grew up in a very poor family and was unable to afford a university education, prompting him to take up acting. He picked up a liking of Broadway musicals, and travels once a year to New York City to watch them. Nakadai was working as a shop clerk in Tokyo before a chance encounter with director Masaki Kobayashi led to him being cast in the film The Thick Walled Room . The following year, he made a brief and uncredited cameo in Akira Kurosawa's Seven Samurai where he is seen for a few seconds as a samurai walking through town. [2] Nakadai's role in Seven Samurai is technically his debut as The Thick-Walled Room's release was delayed for three years due to controversial subject matter. His major breakthrough as an actor came when he was given the part of Jo, a young yakuza in Black River, another film directed by Kobayashi. Nakadai continued to work with Kobayashi into the 1960s and won his first Blue Ribbon Award for his role in Harakiri (his personal favorite among his own films) as the aging rōnin Hanshiro Tsugumo.

Nakadai appeared in two more Kurosawa films from the 1980s. In Kagemusha Nakadai plays both the titular thief turned body-double and the famous daimyō Takeda Shingen whom the thief is tasked with impersonating. This dual role helped him win his second Blue Ribbon Award for Best Actor. In Ran Nakadai plays another daimyo, Hidetora Ichimonji (loosely based on King Lear from Shakespeare's play King Lear and inspired by the historical daimyo Mōri Motonari).

Akira Kurosawa was a Japanese filmmaker and painter who directed thirty films in a career spanning fifty-seven years. He is regarded as one of the most important and influential film-makers in the history of cinema. 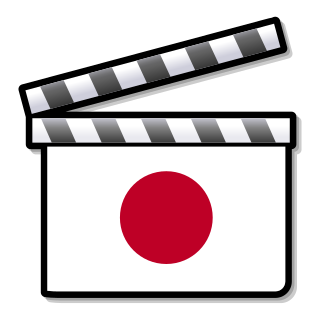 The cinema of Japan has a history that spans more than 100 years. Japan has one of the oldest and largest film industries in the world; as of 2021 , it was the fourth largest by number of feature films produced. In 2011 Japan produced 411 feature films that earned 54.9% of a box office total of US$2.338 billion. Films have been produced in Japan since 1897, when the first foreign cameramen arrived. 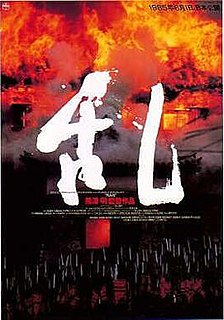 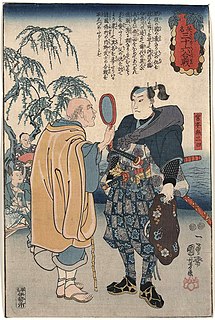 A rōnin was a samurai without a lord or master during the feudal period (1185–1868) of Japan. A samurai became masterless upon the death of his master or after the loss of his master's favor or privilege. 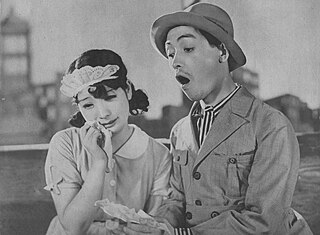 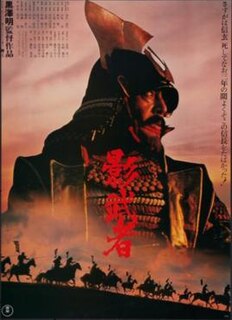 Kagemusha is a 1980 jidaigeki film directed by Akira Kurosawa. Kagemusha is the Japanese term for a political decoy, literally meaning "shadow warrior". It is set in the Sengoku period of Japanese history and tells the story of a lower-class criminal who is taught to impersonate a dying daimyō to dissuade opposing lords from attacking the newly vulnerable clan. The daimyō is based on Takeda Shingen, and the film ends with the climactic 1575 Battle of Nagashino. 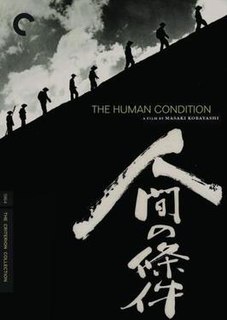 The Human Condition is a Japanese epic film trilogy made between 1959 and 1961, based on the six-volume novel published from 1956 to 1958 by Junpei Gomikawa. It was directed by Masaki Kobayashi and stars Tatsuya Nakadai. The trilogy follows the life of Kaji, a Japanese pacifist and socialist, as he tries to survive in the totalitarian and oppressive world of World War II-era Japan. Altogether, as a single film it is 9 hours, 39 minutes long, not including intermissions, making it one of the longest narrative films ever made. 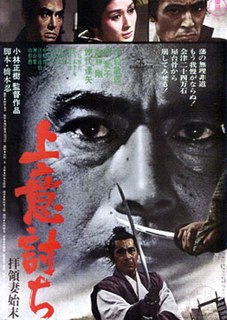 Samurai Rebellion is a 1967 Japanese jidaigeki film directed by Masaki Kobayashi. The film is based on Hairyozuma shimatsu by Yasuhiko Takiguchi. 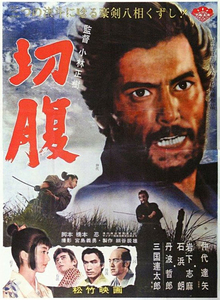 Harakiri is a 1962 Japanese jidaigeki drama film directed by Masaki Kobayashi. The story takes place between 1619 and 1630 during the Edo period and the rule of the Tokugawa shogunate. It tells the story of Hanshirō Tsugumo, a warrior without a lord. At the time, it was common for masterless samurai, or rōnin, to request to commit seppuku (harakiri) in the palace courtyard in the hope of receiving alms from the remaining feudal lords. The film continues to receive critical acclaim, often considered one of the best samurai pictures ever made.

East Asian cinema is cinema produced in East Asia or by people from this region. It is part of Asian cinema, which in turn is part of world cinema. "World cinema" is used in the English-speaking world to refer to all foreign language films.

A Soldier's Prayer is a 1961 Japanese film directed by Masaki Kobayashi. It is the third part of The Human Condition trilogy. 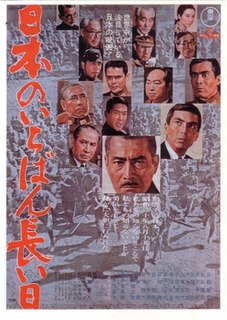 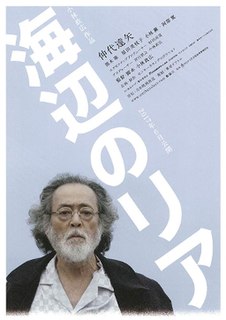 Lear on the Shore is a 2017 Japanese drama/comedy film directed by Masahiro Kobayashi. The film stars Tatsuya Nakadai and, in part, reflects his own life.