This village is located on side of the main road that connects Rairakhol to Sambalpur via Birmaharajpur. The neighboring villages are Ambasarabhata, Buromala, and Pitamahul. [7]

The Cree are one of the largest groups of First Nations in North America. 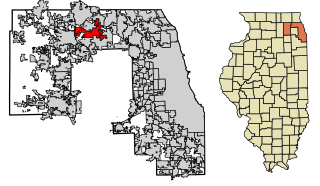 Hoffman Estates is a village in Illinois, United States. The village is located primarily in Cook County, with a small section in Kane County. It is a suburb of Chicago. As of the 2010 census, the population was 51,895, and as of 2019 the estimated population was 50,932.

Carnation is a city in King County, Washington, United States. The population was 1,786 at the 2010 census. It was historically known as Tolt and lies at the confluence of the Snoqualmie and Tolt rivers. The city is located east of Redmond and south of Duvall on State Route 203.

Pincher Creek is a town in the southwest of Alberta, Canada. It is located immediately east of the Canadian Rockies, 101 km (63 mi) west of Lethbridge and 210 km (130 mi) south of Calgary. 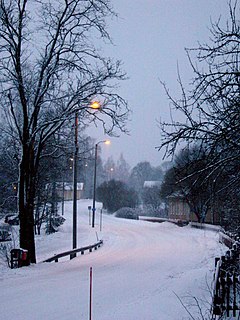 Karjalohja, or Karislojo in Swedish, is a former municipality of Finland.

Acme is a village in south-central Alberta, Canada. It is located 83 kilometres (52 mi) northeast of Calgary. It was the first village to be incorporated in Kneehill County. 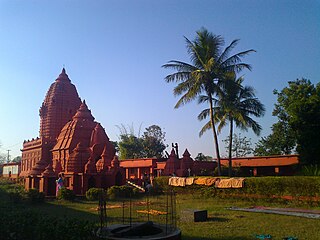 Beit El is an Israeli settlement and local council located in the Binyamin Region of the West Bank. The Orthodox Jewish town is located in the hills north of Jerusalem, east of the Palestinian city of al-Bireh, adjacent to Ramallah. In September 1997, Beit El was awarded local council status. The head of the local council is Shai Alon. In 2019 its population was 5,973. Its current population is 6,500 residents.

Simpson is a village in the Canadian province of Saskatchewan within the Rural Municipality of Wood Creek No. 281 and Census Division No. 11. It is between the cities of Regina and Saskatoon on Highway 2. The administrative office for the Rural Municipality of Wood Creek No. 281 is located in the village. The post office was founded in 1911 by Herman Bergren and Joseph Newman during construction of the Canadian Pacific Railway. It is named after George Simpson, a governor of the Hudson's Bay Company.

Botha is a hamlet within the County of Stettler No. 6 in central Alberta, Canada. It is located approximately 88 km (55 mi) east of Red Deer and 13 km (8.1 mi) east of Stettler.

Shakopee is a city in and the county seat of Scott County, Minnesota. It is located southwest of downtown Minneapolis. Sited on the south bank bend of the Minnesota River, Shakopee and nearby suburbs comprise the southwest portion of Minneapolis-Saint Paul, the sixteenth-largest metropolitan area in the United States, with 3.6 million people. The population of Shakopee was 37,076 at the 2010 census.

Surubalijora or Surubalijore is a small river located in the Subalaya area of Birmaharajpur subdivision of Subarnapur district of Odisha, India. It is originating from a mountain and merging with Mahanadi river near Subalaya, Tebhapadar and Ambasarabhata. It had created a small delta at the meeting place. Near this delta, the land is fertile and farmers from nearby villages cultivate various vegetables.