Roberts was born to Lesley Roberts and Louise Kearney in Strathfield, New South Wales. After completing his education at Marist Brothers College in Randwick, Roberts worked in advertising and sales promotion before commencing his career as a freelance writer for television and film

Ted Roberts began his career in television in the 1960s, writing early episodes of Skippy the Bush Kangaroo . The series was screened in over eighty countries and its theme tune, composed by Eric Jupp, is one of the best known and most recognisable Australian tunes. The long version (the B side on the 45rpm record) has lyrics written by Roberts.

His film credits include Bush Christmas, which starred Nicole Kidman in her first film, playing "one of three children searching for a stolen racehorse... The 1983 film, directed by Henri Safran, gives us a skinny, pink-cheeked, abundantly plainted Nicole, many moments of good humour, some fine location shots filmed in Queensland's Lamington Plateau, and music from band the Bushwackers." [1]

His death on 23 February 2015 was announced two days later in a press release by the Australian Writers Guild. [2]

One of his first songs (1965) was "Bound for Hobart Town" with music by S.E. Libaek. Recorded by Leonard Teale and Andy Sundstrom on CBS records. The song celebrates the annual Sydney to Hobart yacht race for the Cruising Yacht Club of Australia.

A later commission was for the Decimal Currency Board. An advertising jingle for the introduction of decimal currency on 14 February 1966, the tune is to "Click Go the Shears".

In come the dollars and in come the cents To replace the pounds and the shillings and the pence Be prepared for change when the coins begin to mix On the fourteenth of February 1966. Chorus: Clink go the coins, clink, clink, clink Change over day is closer than you think Learn the value of the coins and the way that they appear And things will be much smoother when the decimal point is here.

In 1968, he composed My Pal Skippy to music by Eric Jupp.

Tasmania is an island state of Australia. It is located 240 km (150 mi) to the south of the Australian mainland, separated by Bass Strait. The state encompasses the main island of Tasmania, the 26th-largest island in the world, and the surrounding 334 islands. The state has a population of about 540,000 people as of March 2020. The state capital and largest city is Hobart, with around 40 percent of the population living in the Greater Hobart area.

Decimal Day in the United Kingdom and in Ireland was on 15 February 1971, the day on which each country decimalised its respective £sd currency of pounds, shillings, and pence. Before this date, in the United Kingdom, the British pound was made up of 20 shillings, each of which was made up of 12 pence, a total of 240 pence. With the decimalisation, the pound kept its old value and name, and the only changes were in relation to the subunits. The shilling was abolished, and the pound was subdivided into 100 "new pence", each of which was worth 2.4 "old pence". In Ireland, the Irish pound had a similar £sd currency structure and similar changes took place.

Eric Stanley Jupp was a British-born musician, composer, arranger and conductor who gained wide popularity in Australia after settling there in the 1960s, hosting a long-running light music TV show and composing for film and TV. He is best remembered for his theme music to the TV series Skippy the Bush Kangaroo. 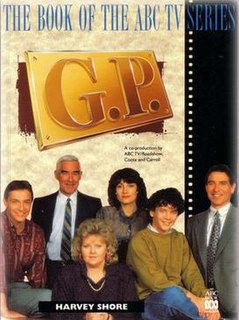 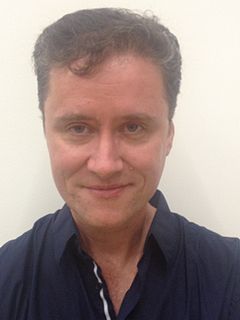 Richard Fidler is an Australian radio presenter and writer, best known for his hour-long interview program, Conversations with Richard Fidler on the Australian Broadcasting Corporation (ABC), and as a former member of the Australian comedy group the Doug Anthony All Stars. The program (Conversations) is ABC Radio's most popular podcast, downloaded more than three million times per month. It features local and international guests from all walks of life, engaging in in-depth interviews. 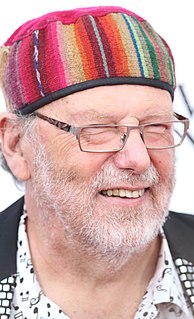 Glenn A. Baker is an Australian journalist, commentator, author, and broadcaster well known in Australia for his vast knowledge of Rock music. He has written books and magazine articles on rock music and travel, interviewed celebrities, managed bands such as Ol' 55 and promoted tours of international stars. In the mid-1980s, Baker took the BBC's "Rock Brain of the Universe" crown three times. Baker was the Australian editor of Billboard for over 20 years. He won the inaugural Australian Travel Writer of the Year award in 1995 from the Australian Society of Travel Writers, and he won the award again in 2000.

Ross Higgins was an Australian vaudevillian, character actor, television host, comedian, singer and voice actor. He was best known for his role as Ted Bullpitt in the 1980s television situation comedy series Kingswood Country and brief revival Bullpitt!. He was also a commercial advertiser who provided the voice of animated character "Louie the Fly" in the television ad campaign for Mortein, over a 50-year period as well as Mr. Pound, when decimal currency was first introduced in Australia

Justin Fleming is an Australian playwright and author. He has written for theatre, music theatre, opera, television and cinema and his works have been produced and published in Australia, the US, Canada, the UK, Belgium, Poland and France. Fleming has been a barrister and vice president of the Australian Writers' Guild and a board member of the Australian National Playwrights' Centre.

The Arts in Australia refers to the visual arts, literature, performing arts and music in the area of, on the subject of, or by the people of the Commonwealth of Australia and its preceding Indigenous and colonial societies. Indigenous Australian art, music and story telling attaches to a 40–60,000-year heritage and continues to affect the broader arts and culture of Australia. During its early western history, Australia was a collection of British colonies, therefore, its literary, visual and theatrical traditions began with strong links to the broader traditions of English and Irish literature, British art and English and Celtic music. However, the works of Australian artists – including Indigenous as well as Anglo-Celtic and multicultural migrant Australians – has, since 1788, introduced the character of a new continent to the global arts scene – exploring such themes as Aboriginality, Australian landscape, migrant and national identity, distance from other Western nations and proximity to Asia, the complexities of urban living and the "beauty and the terror" of life in the Australian bush.

Noel Ferrier AM was an Australian television personality, comedian, stage and film actor, raconteur and theatrical producer. He had an extensive theatre career which spanned over fifty years.

Stuart Coupe is an Australian music journalist, author, band manager, promoter, publicist and music label founder. He is best known for his work as a rock writer with Roadrunner, RAM, The Sun-Herald, and Dolly (magazine); the music labels, GREEN Records and Laughing Outlaw; and the author of books including The Promoters, Gudinski, and Roadies.

Edward Welsford Rowsell Howell ,also known as pen name E.R. Howell, Edward Welsford Rowsell and Teddy/Ted Howell was a British Australian, character actor, radio and theatre producer, director and scriptwriter, theatre founder and drama teacher. He was notable for his career in Australia in all genres of the entertainment industry in a career spanning radio, stage, television and film. In 1927 he appeared in a cameo role in the early Australian film For the Term of his Natural Life, at the time the highest-grossing film in Australian cinema. After this film, he moved to radio broadcasting and producing until reviving his screen career in the late 1950s, mainly appearing in made for TV Movies and serials.