This is the discography of Taiwanese pop singer Teresa Teng .

Albums by Kolin Records with different names are listed separately.

Unless it has new songs or new re-recordings of old songs, a compilation is not listed here. Also, these English translations of non-English albums are unofficial; some albums may be impossible to accurately translate.

Compilations after her death

Compilations after her death 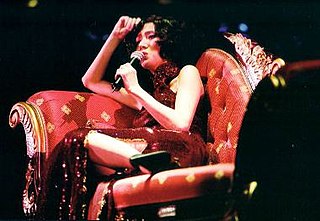 Anita Mui Yim-fong was a Hong Kong singer and actress making major contributions to the Cantopop music scene and receiving numerous awards and honours. She remained an idol throughout her career, and is regarded as a Cantopop diva. She was dubbed as the "daughter of Hong Kong" and is considered as one of the most iconic cantopop singers

Mars is a Taiwanese drama starring Barbie Shu and Vic Chou of F4. It is based on the Japanese shōjo manga series, Mars written by Fuyumi Soryo. It was produced by Comic Ritz International Production and Chai Zhi Ping as producer and directed by Cai Yuexun. 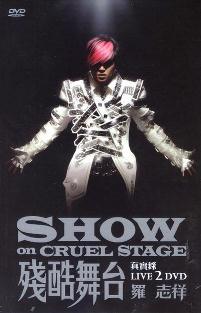 Show on Cruel Stage is Taiwanese Mandopop artist Show Lo's first concert DVD album. It was released on 11 July 2008 by EMI Music Taiwan. It was recorded during the 2007 Show Lo World Tour concerts held on 17 and 18 November 2007 at Taipei Arena, Taiwan. 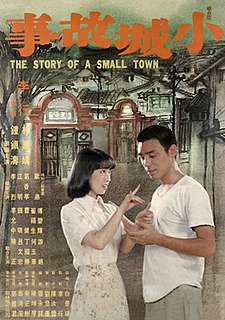 To Be is a 1997 Mandarin-language pop album by Karen Mok. It was Mok's first album for the Taiwan and PRC markets. The album sold over 800,000 copies, and included a hit single, Ta Bu Ai Wo. 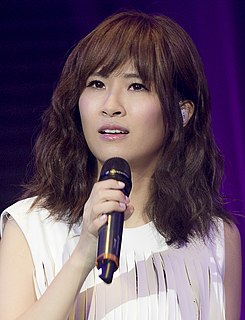 Teng Fu-ju, known by her stage name A-FÜ, is a Taiwanese singer and songwriter. Prior to her solo debut in the music scene, A-FÜ was a member of Lazy Bomb, an indie band, and a demo singer. She is known for her cover version of "Nothin' on You" by B.o.B and Bruno Mars, which drew wide attention on YouTube in 2010. In May 2011, A-FÜ released her debut studio album, That's How It Is, for which she received a nomination for Best New Artist at the 23rd Golden Melody Awards.

My Family My Love is a Taiwanese Hokkien television series that airs on SET Taiwan in Taiwan.

Mandopop singer Zhou Shen's representative song, Big Fish, won eight awards for him. According to charts statistics of Netease Cloud Music as of July 1, 2020, Zhou Shen praised as "one of the most successful renowned Chinese artist in recent years" by Netease Cloud Music.