Fearnley was a long serving member of the NSWRFL's Eastern Suburbs team, playing 144 matches for them at a bleak period in that club's existence in two stints 1954-55 and 1957-64. Injury kept him out of the 1960 grand final, one of the few successful years Eastern Suburbs enjoyed in that period. The front rower however was selected to represent his state, New South Wales that season. [3]

Following his retirement from the game as a player, Fearnley enjoyed a successful coaching career, taking the Parramatta Eels to their first ever Grand Final in 1976 and then again in 1977. He had also been successful coach of the New South Wales rugby league team but stood down at the start of the 1978 NSWRFL season to concentrate on club football. [4] Fearnley moved to coach Western Suburbs Magpies in 1982, Cronulla-Sutherland Sharks (1983–84) and Illawarra Steelers in 1988.

Returning to representative coaching in 1985, he was the first successful New South Wales State of Origin coach, and was also selected as Australian coach for the mid-season New Zealand Tour.

It was during his 1985 tenure as Australian coach that four players - all Queenslanders in Chris Close, Mark Murray, Greg Dowling and Greg Conescu - were controversially sacked in favour of New South Wales players (Steve Ella, Des Hasler, Peter Tunks and Benny Elias), despite Australia having won the first two Tests of the three match series. Fearnley also had a frosty relationship with Australian (and Queensland) captain Wally Lewis, with Lewis claiming to close friend and fellow Maroon Paul Vautin that Fearnley seemed to be conferring on team selections with vice-captain Wayne Pearce (who was also the new NSW captain following Steve Mortimer's representative retirement) rather than Lewis himself. Lewis claimed he had found the pair privately talking over selection of the Test team in Fearnley's hotel room, though this is disputed by Pearce who claimed he was there for different reasons. Dropping the four Queenslanders backfired on Fearnley as New Zealand defeated Australia 18-0 in the final Test of the series at Carlaw Park in Auckland. It was the first time since the final Test of the 1956 Kangaroo Tour that Australia had been held scoreless in a Test match.

Queensland Rugby League Chairman, Senator Ron McAuliffe, publicly condemned the dropping of the four Queensland players from a winning Test side, saying "Its a football assassination and beyond all reasoning. And there can be no reasonable excuse for it".

The NZ tour took place while the 1985 State of Origin series was still in progress. NSW had won the series for the first time, taking the first two games before the Australian team was chosen for the NZ tour. Fearnley would later claim that the Queensland players in the team were unhappy that they'd just lost the Origin series, though he later admitted he didn't handle the situation as well as he could have. In Origin game three that year played at Lang Park, one of the sacked players, Maroons prop Greg Dowling, aimed a tirade of abuse at Fearnley from the sidelines after a Queensland try. The Maroons went on to win the dead rubber game 20-6. NSW captain Steve Mortimer, who announced his representative retirement following the Blues win in game II at the Sydney Cricket Ground, later regretted his decision. After clearly out-playing Maroons half Mark Murray, he was in line for a test recall against the Kiwis and as team vice-captain he felt he could have used his personal friendship with both Fearnley and Lewis to ease tensions on the tour.

Because of the controversy surrounding the NZ tour the Australian Rugby League instituted a new rule for national coaching which prevents any current serving State of Origin coach, being the national coach.

Following his retirement as a coach, Fearnley wrote an article for Rugby League Week that was highly critical of Wally Lewis' captaincy. This gained him a rebuke from ARL officials. [5] 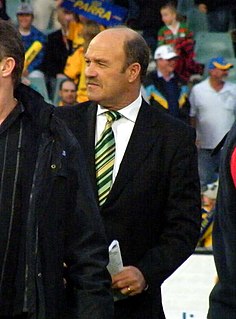 Walter James Lewis AM is an Australian former professional rugby league footballer who played in the 1970s, 1980s and 1990s, and coached in the 1980s and 1990s. He became a commentator for television coverage of the sport. A highly decorated Australian national captain, Lewis is widely regarded as one of the greatest ever players of rugby league. His time as a player and coach was followed by a career as a sports presenter for the Nine Network. 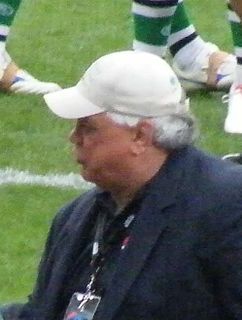 John 'Chook' Raper, MBE is an Australian former professional rugby league footballer and coach. He was a lock-forward for the Australia national team. He had a record 33 test caps between 1959 and 1968 and played in 6 World Cup games between 1960 and 1968. Raper captained Australia on 8 occasions in 1967–68 and played in eight consecutive NSWRFL grand final victories for the St. George Dragons club. He has since been named as one of the nation's finest footballers of the 20th century.

Paul "Fatty" Vautin is an Australian football commentator and formerly a professional rugby league footballer, captain and coach. He has provided commentary for the Nine Network's coverage of rugby league since joining the network in 1992 and also hosted The Footy Show from its beginnings in 1994 opposite co-host Peter Sterling, until 2017. An Australian Kangaroos test and Queensland State of Origin representative lock or second-row forward, Vautin played club football in Brisbane with Wests, before moving to Sydney in 1979 to play with Manly-Warringah, whom he would captain to the 1987 NSWRL premiership. He also played for Sydney's Eastern Suburbs, and in England for St Helens. 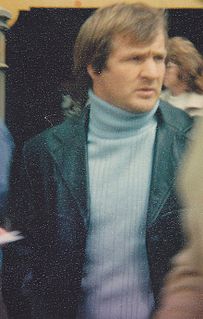 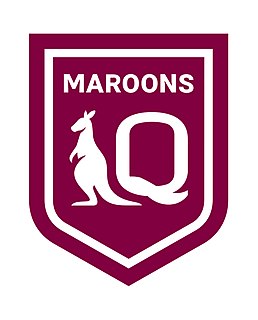 The Queensland rugby league team represents the Australian state of Queensland in rugby league football. Nicknamed the "Maroons" after the colour of their jersey, they play three times a year against arch-rivals New South Wales in the State of Origin series. Coached by Paul Green and captained by Daly Cherry-Evans, the team is administered by the Queensland Rugby League and plays all of its home matches at Brisbane's Lang Park. 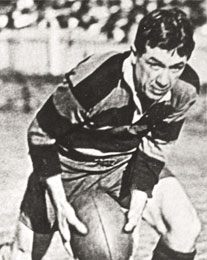 Rex Norman (1891–1961) was an Australian rugby league footballer and cricketer, who represented Australasia in rugby league and New South Wales in both sports.

Arthur Thomas Oxford (1894–1980) was an Australian rugby league footballer, a state and national representative whose club career was played with the Eastern Suburbs Roosters and the South Sydney Rabbitohs from 1915 to 1929.

Keith Victor Holman, MBE was an Australian Rugby League footballer, a national and state representative Halfback whose club career was played with Western Suburbs from 1949 to 1961.

Rupert John Raynor was an Australian state and national representative rugby league player and NSWRFL coach. His club playing career was with the South Sydney Rabbitohs from 1946 to 1957 and he also represented New South Wales on eleven occasions and played in five Test matches for the Australian national side. 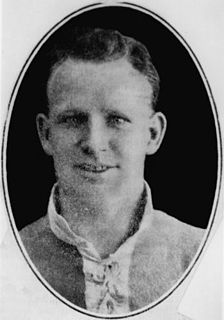 John Thomas Gorman (1901–1978) was an Australian rugby league footballer. He was a centre for the Australian national team. He played in 10 Tests between 1924 and 1930 as captain on 7 occasions.

Sam Backo is an Australian former professional rugby league footballer who played as a prop in the 1980s and 1990s. 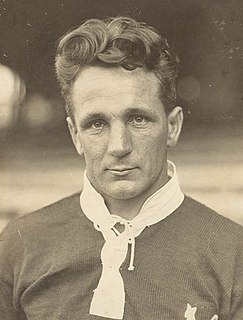 Alfred Lewis "Smacker" Blair (1896–1944) was an Australian rugby league footballer and coach whose playing career ran from 1917 to 1930 with the South Sydney Rabbitohs. A skillful five-eighth he made a single appearance for the Australian national team in 1924.

The 1980 State of Origin game was the first game between the Queensland Maroons and the New South Wales Blues rugby league teams to be played under "state of origin" selection rules. It was the third match of 1980's annual interstate series between the Blues and the Maroons, and was only allowed to go ahead because the first two matches were already won by New South Wales. It was played on 8 July 1980 under the newly configured rules by which a player would represent his "state of origin", i.e. the state in which he was born or in which he started playing registered first grade rugby league football.

The 1985 Kangaroo Tour of New Zealand was a mid-season tour of New Zealand by the Australia national rugby league team. The Australians played six matches on tour, including the final two games of a three-game test series against the New Zealand with the first test taking place in Brisbane on 18 June. The NZ tour began on 19 June and finished on 10 July.