Thành hoàng (Chữ Hán: 城隍) refers to the gods that is enshrined in each village's communal temple in Vietnam. The gods is believed to guard the village against disasters and bring it fortune.

Thành hoàng is a Sino-Vietnamese word,literally referring to the city wall and the moat that surrounds it. It is also the Vietnamese pronunciation of Chinese Chénghuáng (or City God),which was adopted from Taoism.

No later than Đinh dynasty,each locality started to worship the mountain and river gods that ruled over a domain which encompassed their village. Later on,the government decreed the deification of late national heroes,righteous officials and loyal subjects,and specific localities were chosen to exalt these gods. Gradually other common folks took up the practice and worshipped their own gods to be blessed with protection and fortune. [1]

Generally each village worships only one Thành Hoàng;however,it is not rare to see two or more gods enshrined simultaneously at a village. They are known collectively as Gods of Fortune (Phúc Thần). [2]

Even these Gods were divided in three ranks

Apart from the ranked gods acknowledged by the government,there were villages that worshiped "demons" and "tainted gods" such as the Beggar God,the Serpent God,the God of Lecherousness,and others.

Ho Chi Minh City,formerly known as Saigon,is the largest city in Vietnam,situated in the south. In the southeastern region,the city surrounds the Saigon River and covers about 2,061 km2 (796 sq mi).

The Tày people,also known as the Thô,T'o,Tai Tho,Ngan,Phen,Thu Lao,or Pa Di,are a Central Tai-speaking ethnic group who live in northern Vietnam. According to a 2009 census,there are 1.7 million Tày people living in Vietnam. This makes them the second largest ethnic group in Vietnam after the majority Kinh (Vietnamese) ethnic group. Most live in northern Vietnam in the Cao Bằng,Lạng Sơn,Bắc Kạn,Thái Nguyên,and Quảng Ninh provinces,along the valleys and the lower slopes of the mountains. They also live in some regions of the Bắc Ninh and Bắc Giang provinces. They inhabit fertile plains and are generally agriculturalists,mainly cultivating rice. They also cultivate maize,and sweet potato among other things. 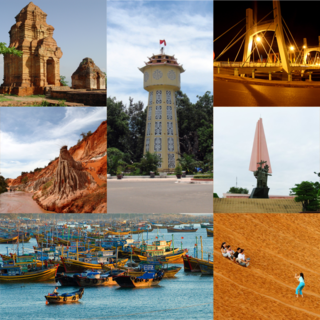 Phan Thiết is the capital of Bình Thuận Province on the southeast coast in Vietnam. While most of the inhabitants live in the city center,others reside in the four urban coastal wards,extending from Suối Nước beach in the northeast towards cape KêGàin the southwest.

Cầu Giấy is an urban district of Hanoi,the capital city of Vietnam. The district currently has eight wards,covering a total area of 12.32 km2 (4.76 sq mi). It is bordered by Ba Đình district,Đống Đa district,Nam TừLiêm district,Thanh Xuân district,Tây Hồdistrict,Bắc TừLiêm district. As of 2019,there were 292,536 people residing in the district,the population density is 24,000 inhabitants per square kilometer.

The HồChíMinh Prize is an honorary award given by the government of Vietnam in recognition of cultural and/or scientific achievement. The prize was established by decree in 1981,and has been awarded in 1996,2000,2005 and 2012,often posthumously. The prize is named for Ho Chi Minh,who was Chairman and founder of the Workers' Party of Vietnam,that is considered one of the highest honors bestowed by Vietnam.

ChữNôm is a logographic writing system formerly used to write the Vietnamese language. It uses Chinese characters to represent Sino-Vietnamese vocabulary and some native Vietnamese words,with other words represented by new characters created using a variety of methods,including phono-semantic compounds. This composite script was therefore highly complex,and was accessible only to the small proportion of the population who had mastered written Chinese.

The Six Provinces of Southern Vietnam is a historical name for the region of Southern Vietnam,which is referred to in French as Basse-Cochinchine. The region was politically defined and established after the inauguration of the Nguyễn dynasty,and called by this name from 1832,when Emperor Minh Mạng introduced administrative reforms,to 1867,which culminated in the eight-year French campaign to conquer the Six Provinces.

Vietnamese folk religion,is the ethnic religion of the Vietnamese people. About 86% of the population in Vietnam are associated with this religion. 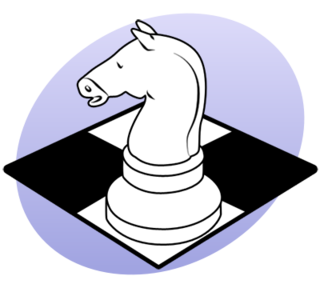 Nguyễn Xí or LêXí,was a general,politician,and public servant who served as a minister for 4 generations of rulers during the late LêDynasty. He is considered a historical military genius of Vietnam.

The abdication of Emperor Bảo Đại took place on 25 August 1945 and marked the end of the 143-year reign of the Nguyễn dynasty over Vietnam ending the Vietnamese monarchy. Bảo Đại abdicated in response to the August Revolution. A ceremony was held handing power over to the newly established Democratic Republic of Vietnam,which was established during the end of World War II as Vietnam had been occupied by French and later Japanese imperialists.

The Tale of TừThức Marrying a Goddess or TừThức Meeting Gods is a Vietnamese legend told in Truyền kỳmạn lục by Nguyễn Dữin the 16th century and based on the Folktale of TừThức Cave. It follows the life of TừThức in the Trần Dynasty who meets and marries a goddess in the godly realm before leaving his wife to revisit his hometown,unaware that countless ages has passed in the mortal world since then.