Thème et variations ( Theme and Variations ) is a 1932 composition by Olivier Messiaen for violin and piano. It is considered as equally characteristic and immediately accessible as his Quatuor pour la fin du temps. The work was originally written as a wedding present for the composer's first wife, the violinist Claire Delbos, whom he married on 22 June 1932. The young couple gave the first performance on 22 November the same year. [1]

The work is divided into six brief sections: 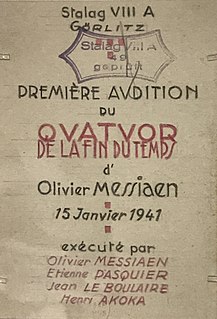 Quatuor pour la fin du temps, also known by its English title Quartet for the End of Time, is a piece of chamber music by the French composer Olivier Messiaen. It was premiered in 1941. The piece is scored for clarinet, violin, cello, and piano; a typical performance of the complete work lasts about 50 minutes. Messiaen wrote the piece while a prisoner of war in German captivity and it was first performed by his fellow prisoners. It has come to be recognized as one of his most important works. 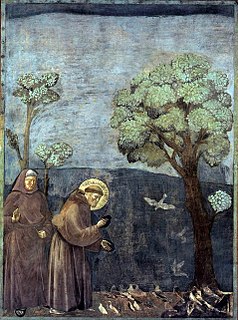 The Variations, Interlude and Finale on a Theme by Rameau were composed by Paul Dukas between 1899 and 1902. The work was first performed in Paris in 1903.

Danses concertantes is a work for chamber orchestra by Igor Stravinsky, composed in 1942. A performance lasts about twenty minutes. Although written as an abstract ballet for concert performance, it has been choreographed numerous times. 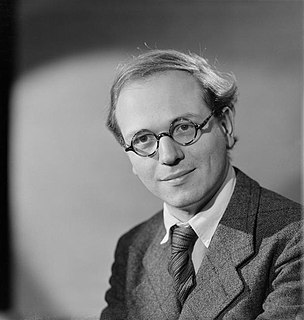