The Théâtre alsacien de Strasbourg was created on 2 October 1898 by a group of Alsatian personalities to promote the Alsatian dialect and its traditions.

The aim was to present quality plays in the regional idiom. Ferdinand Bastian, Julius Greber, Karl Hauss and Gustave Stoskopf were the co-founders of this theater [1] which settled in 1904 at the Municipal Theater which became the Opéra de Strasbourg.

Except under the German occupation, where the Alsatian theater was banned, this association of amateurs played about thirty performances Place Broglie in Strasbourg. It welcomes 20000 spectators per season. The repertoire is very varied, with dramas, historical plays, Christmas tales, but above all comedies.

The current president (as of 2013) is Pierre Spegt, who has been in charge of this theater since 1998. It is composed of 60 members. 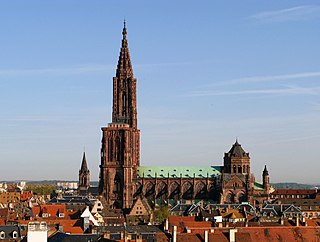 Strasbourg is the prefecture and largest city of the Grand Est region of Eastern France and the official seat of the European Parliament. Located at the border with Germany in the historic region of Alsace, it is the prefecture of the Bas-Rhin department. 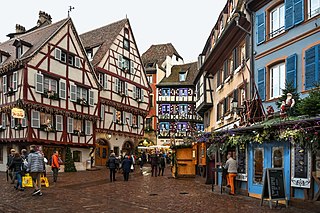 Alsace is a cultural region and a territorial collectivity in Eastern France, on the west bank of the upper Rhine next to Germany and Switzerland. In 2017, it had a population of 1,889,589. Alsatian culture is characterized by a blend of Germanic and French influences.

Alsatian refers to the Alemannic German dialects spoken in most of Alsace, a formerly disputed region in eastern France that has passed between French and German control five times since 1681.

Haguenau is a commune in the Bas-Rhin department of France, of which it is a sub-prefecture.

Calvin Veltman is an American sociologist, demographer and sociolinguist at the Université du Québec à Montréal. He previously worked at the State University of New York at Plattsburgh. In the United States, his work on English use and acquisition among Hispanics is well known. 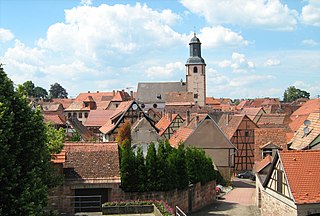 Bouxwiller is a commune in the Bas-Rhin department in Grand Est in north-eastern France. Likely meaning "Bucco's land", Bouxwiller is the capital of the Bouxwiller canton and is located within the Saverne arrondissement about 34 kilometres (21 mi) northwest of Strasbourg.

Claude Vigée was a French poet who wrote in French and Alsatian. He described himself as a "Jew and an Alsatian, thus doubly Alsatian and doubly Jewish". 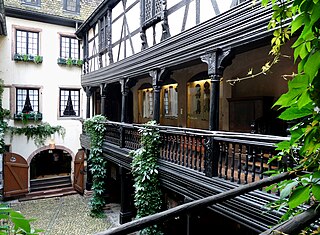 The Musée alsacien is a museum in Strasbourg in the Bas-Rhin department of France. It opened on 11 May 1907 and is dedicated to all aspects of daily life in pre-industrial and early industrial Alsace. It contains over 5000 exhibits and is notable for the reconstruction of the interiors of several traditional houses. It also features a rich collection of artifacts documenting the everyday life of Alsatian Jews.

Charles Spindler was an Alsatian painter, marquetry inlayer, writer and photographer. He was also a supporter of Alsatian regionalism and founded several institutions for the promotion of Alsatian culture. 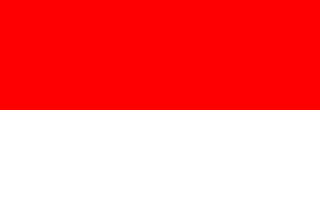 Alsace autonomist movement is a cultural, ideological and political regionalist movement for greater autonomy or outright independence of Alsace. 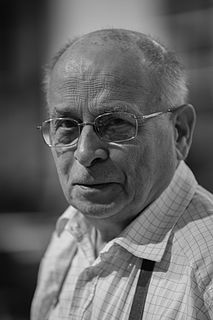 Louis Schlaefli is a Franco-Swiss scholar, collector, and librarian. Since 1964 he has been the librarian of the Sainte-Marie-Majeure Seminary in Strasbourg, for which he composed several major catalogs. He is also the author of more than five hundred articles and contributions related to the heritage and history of Alsace, mostly religious ones.

Gustave Stoskopf was a French painter, playwright, poet, draughtsman and publisher from Alsace. He graduated from the Académie Julian and the École nationale supérieure des Beaux-Arts. He served as the director of the Théâtre alsacien de Strasbourg. He authored plays in the Alsatian dialect. He was made Chevalier de la Légion d'Honneur in 1931.

Abbé Nicolas Delsor was a French priest and politician. He represented Bas Rhin in the German Reichstag before World War I, and then in the French Senate after the war. Although born French, his primary allegiance was to the Catholic church, and he drew criticism for cooperating with the German authorities after Alsace was annexed in 1871.

Francis Rapp was a French medievalist specializing in the history of Alsace and medieval Germany. An emeritus university professor, he was a member of the Académie des inscriptions et belles-lettres since 1993. 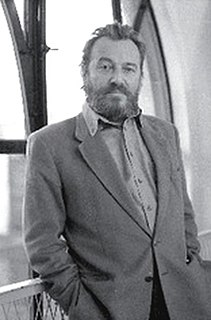 André Pomarat was a French actor and theatre director.

Émile Philippe Auguste Schneider was a French painter and designer; best known for his portraits of notable people from Alsace.

Maximilien Joseph Schauenburg was a French officer who participated to the French conquest of Algeria.