The Théâtre d'Aujourd'hui is a theater in Montreal, Quebec, Canada. It is located at 3900 Saint Denis Street in the borough of Le Plateau-Mont-Royal. It was founded in 1968, regrouping the product of three semi-professional theater companies: Le Mouvement contemporain (directed by André Brassard), The Tumblers (directed by Rodrig Mathieu) and Les Apprentis-Sorciers (directed by Jean-Pierre Saulnier and Pierre Collin). The Théâtre d'Aujourd'hui is devoted exclusively to the creation, production and dissemination of French-language Quebec and Canadian drama. In 1991 the theater moved to the current location. It has two rooms: the main hall and Jean-Claude Germain.

Gérard Pelletier, was a Canadian journalist and politician.

Sherbrooke station is a Montreal Metro station in the borough of Le Plateau-Mont-Royal in Montreal, Quebec, Canada. It is operated by the Société de transport de Montréal (STM) and serves the Orange Line. This station, near downtown, opened on October 14, 1966, as part of the original network of the Metro. 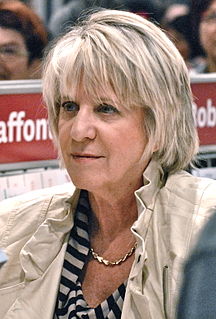 Denise Bombardier, is a journalist, novelist, essayist, producer, and media personality who worked for the French-language television station Radio-Canada for over 30 years.

Pierre Lalonde was a Canadian singer and television host.

Jean Pierre Lefebvre is a French Canadian filmmaker. He is widely admired as "the godfather of independent Canadian cinema," particularly among young, independent filmmakers.

André Gagnon is a Canadian composer, conductor, arranger, and actor. He is known for his fusion of classical and pop styles, including compositions Neiges, Smash, Chevauchée, Surprise, Donna, and Mouvements in the disco and pop fields. Gagnon has also composed for television, including La Souris Verte, Vivre en ce Pays, Format 60, Format 30,Techno-Flash, and Les Forges de Saint-Maurice as well as for theatre with such productions as La Poudre aux Yeux, Doña Rosita, Terre d'Aube, La Dame de Chez Maxim's, and Wouf-Wouf. Some of his most notable songs are "Pour les Amants", "Turluteries", and "Mes Quatre Saisons".

Sylvie Moreau, is a Canadian actress. 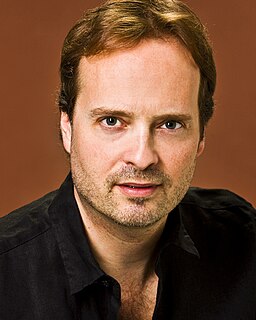 Yves Amyot is a Franco-Canadian actor. He studied theater at the Conservatoire d'art dramatique de Québec from 1989 to 1992. He played In several Quebec television series including Yamaska, Les beaux malaises and La Job, adaptation of the cult British show The Office of the BBC. He holds the role corresponding to Chris Finch (Finchy), Rocky Larocque. He lives in Montreal being of French Canadian descent. 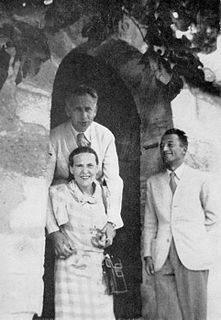 Pierre Seghers was a French poet and editor. During the Second World War he took part in the French Resistance movement. 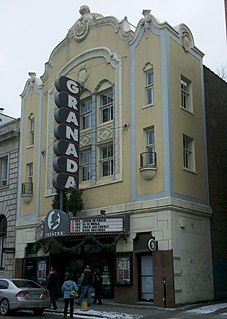 The Granada Theatre is a theatre in Sherbrooke, Quebec, Canada.

Anne Renée is a Canadian pop singer who rose to fame in Quebec in the 1970s. She was married to singer, producer and talent manager René Angélil, and had two children with him.

Scratch is a Canadian musical drama film from Quebec, released in 2015. The directorial debut of Sébastien Godron, the film centres on a family of Haitian Canadian immigrants in Montreal's Little Burgundy neighbourhood. The primary characters are Angelot/"Leslie", an aspiring hip hop musician, and his brother Frantz, a pimp who sets the film's events in motion when he is arrested and imprisoned.

The Old Country Where Rimbaud Died is a 1977 French-Canadian feature from Jean Pierre Lefebvre. The second film in his Abel Gagné Trilogy, preceded by Don't Let It Kill You in 1967 and followed by Now or Never in 1998, the film follows Abel on a journey to France to visit the land of his ancestors.

Renée Claude is a Canadian former actress and singer from Quebec. She was best known as an interpretive singer, particularly of songs by Stéphane Venne, Michel Conte, Georges Brassens and Léo Ferré.

Now or Never is a Canadian drama film, directed by Jean Pierre Lefebvre and released in 1998. The third and final film in a trilogy with Don't Let It Kill You in 1967 and The Old Country Where Rimbaud Died in 1977, the film updates the story of Abel Gagné in his middle age.