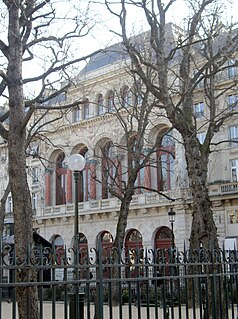 Gaîté is a station on line Line 13 of the Paris Métro in the 14th arrondissement. 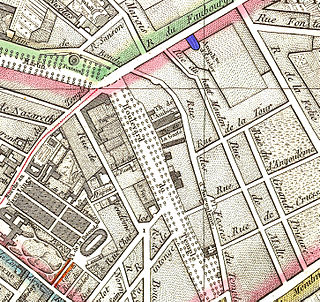 The Place du Châtelet is a public square in Paris, on the right bank of the river Seine, on the borderline between the 1st and 4th arrondissements. It lies at the north end of the Pont au Change, a bridge that connects the Île de la Cité, near the Palais de Justice and the Conciergerie, to the right bank. The closest métro station is Châtelet 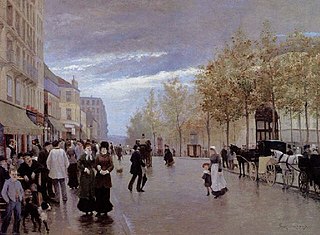 The Boulevard de Rochechouart is a street in Paris, France situated at the foot of Montmartre and to its south. Like the neighbouring street, it is named after Marguerite de Rochechouart de Montpipeau (1665–1727), abbess of Montmartre. It is a result of the 1864 merging of the boulevards and chemins de ronde which followed the interior and exterior of the Wall of the Farmers-General. It has also been known as the boulevard des Poissonniers, chemin de ronde de Poissonnière and chemin de ronde de Rochechouart. It is served by the Paris Metro stations Pigalle, Anvers and Barbès – Rochechouart.

Paul Meurice was a French novelist and playwright best known for his friendship with Victor Hugo.

The Théâtre Silvia Monfort is a theatre company and building in Paris, located at 106 rue Brancion in the 15th arrondissement. It has 456 seats and its stage is 15m wide by 7m high.

Pierre-Antonin-François Grivot was a French singer and actor who enjoyed a long career in Paris, in both operetta and opéra comique. His wife was the actress and singer Laurence Grivot.

The Théâtre des Funambules was a former theater located on the boulevard du Temple in Paris, sometimes called the Boulevard du Crime. It was located between the prominent Théâtre de la Gaîté, and the much smaller Théâtre des Délassements-Comiques.