Founded by two Paris Opera Ballet dancers, Théâtre du Silence was one of the most famous dance companies in France. Its debut took place in 1972 at Théâtre de la Ville in Paris. From 1974 to 1985 the company was located in La Rochelle.

Dance in Quebec includes dances that are specific to the province of Quebec, Canada, it comprises traditional group, couple, and solo dance as well as contemporary jazz, ballet, and modern dance. There are a number of dance companies and dance schools. Quebec's most renowned organizations are Les Ballets Jazz de Montréal, Les Grands Ballets canadiens de Montréal as well as the contemporary dance crew La La La Human Steps, directed by the choreographer Édouard Lock and his emblematic dancer Louise Lecavalier. 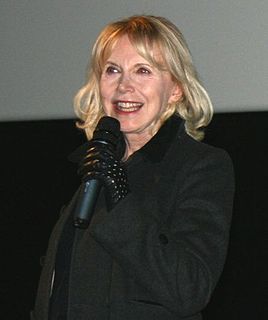 Bulle Ogier is a French actress and screenwriter. She adopted the professional surname Ogier, which was her mother's maiden name. Her first appearance on screen was in Voilà l'Ordre, a short film directed by Jacques Baratier with a number of the then-emerging young singers of the 1960s in France, including Boris Vian, Claude Nougaro, etc. 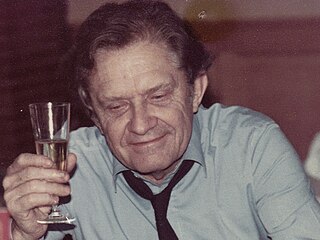 "Les play boys" is the second single by French singer-songwriter Jacques Dutronc, released in 1966. It features on his self-titled debut album.

Brigitte Lefèvre is a French ballet dancer, choreographer and teacher. She was director of the Paris Opera Ballet from 1995 to 2014.

Danseur étoile or danseuse étoile, literally "star dancer", is the highest rank a dancer can reach at the Paris Opera Ballet. It is equivalent to the title "Principal dancer" in Anglo-Saxon countries or to the title "Primo Ballerino" or "Prima Ballerina" in Italian.

Brigitte Massin was a French musicologist and journalist.

Jean Massin (1917–1986) was a French historian and musicologist. With his wife Brigitte Massin, he is the author of numerous books of history and musicology.

Béatrice Massin is a leading specialist in Baroque dance. Her choreographic writing confronts Baroque style with contemporary dance. She's the director of the company Fêtes galantes.

Michel Marmin is a French journalist and film critic.

Denis Levaillant is a French composer, pianist and writer based in Paris, France. He has orchestrated more than twenty musical shows including La Petite Danseuse de Degas and composed more than 120 musical works worldwide. Levaillant has been recognized for his improvisation and orchestration work and his ability to synthesize in his art several antagonistic genres such as composition/improvisation, classical/jazz, classical/popular and acoustic/electro. 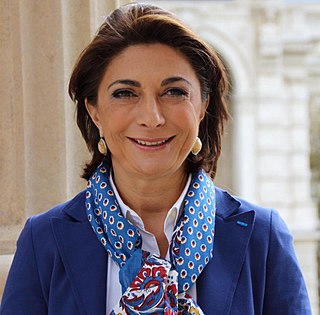 Martine Vassal is a French politician. Vassal is a member of the Union for a Popular Movement (UMP) then of the Republicans (LR) and former deputy mayor of Marseille. She is also president of the departmental council of Bouches-du-Rhône since 2015 as well as president of the metropolis of Aix-Marseille-Provence since 2018.