The Théâtre du Vieux-Colombier is a theatre located at 21, rue du Vieux-Colombier, in the 6th arrondissement of Paris. It was founded in 1913 by the theatre producer and playwright Jacques Copeau. Today it is one of the three theatres in Paris used by the Comédie-Française.

In May 1944 it saw the première of Jean-Paul Sartre's existentialist drama Huis Clos .

Saint-Sulpice is a station on Line 4 of the Paris Métro. It is located on the Rive Gauche, in the 6th arrondissement. In 2018, 2,350,813 travelers entered this station which places it at the 234th position of Métro stations for its traffic. 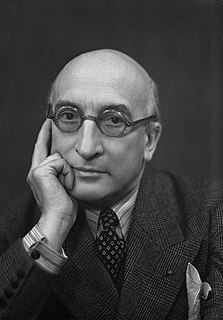 The Comédie-Française or Théâtre-Français is one of the few state theatres in France. Founded in 1680, it is the oldest active theatre company in the world. Established as a French state-controlled entity in 1995, it is the only state theatre in France to have its own permanent troupe of actors. The company's primary venue is the Salle Richelieu, which is a part of the Palais-Royal complex and located at 2, Rue de Richelieu on Place André-Malraux in the 1st arrondissement of Paris.

Coline Serreau is a French actress, film director and writer.

Michel Jacques Saint-Denis, ditJacques Duchesne, was a French actor, theatre director, and drama theorist whose ideas on actor training have had a profound influence on the development of European theatre from the 1930s on.

Jean Villard, known as Gilles, originating from Daillens, was a French Swiss multi-talented chansonnier, poet, humorist, comedian, actor, and cabaretist. He was friends with Édith Piaf, Ernest Ansermet, Jacques Brel, Jean Poiret, Michel Serrault and met also with Charles-Ferdinand Ramuz. He gave his last interview in December, 1981 at his home, where he confided that "I have always tried my best to be a poet."

The Garrick Theatre was a 910-seat theatre built in 1890 and located on 67 West 35th Street, New York. Designed by Francis Hatch Kimball, it was commissioned by Edward Harrigan, who also managed the theatre, originally named Harrigan's Theatre, until 1895. Richard Mansfield took over from Harrigan, renaming it the Garrick. Charles Frohman assumed management from 1896 until 1915. The Shuberts bought it in 1916 and leased it to Otto Kahn, who named it Théâtre du Vieux-Colombier, after a theatre in Paris of the same name. Kahn later gave it to the Theatre Guild and it resumed the name Garrick Theatre in 1919. The Shuberts resumed management in 1925 and the theatre closed as a playhouse in 1929. After a short run of burlesque, the building was demolished in 1932.

Éros vainqueur is an opera or conte lyrique in 3 acts and 4 scenes by composer Pierre de Bréville. The work uses a French language libretto by the poet and novelist Jean Lorrain and was dedicated by Bréville to composer Vincent d'Indy.

Roger Karl was a French actor. Karl was born Roger Trouvé in Bourges.

Philippe Adrien was a French stage director, actor and playwright. He was associated with the La Tempete company in Paris.

Bernard Jenny was a French dramatist, theatre director and scenic designer. He directed the Théâtre de Lutèce until 1958 and was director of the Théâtre du Vieux-Colombier from 1959 to 1970.

Le Père humilié is a four-act theatre play by Paul Claudel, which constitutes the third and last part of La Trilogie des Coûfontaine.

René Rocher was a France stage actor and theater director. 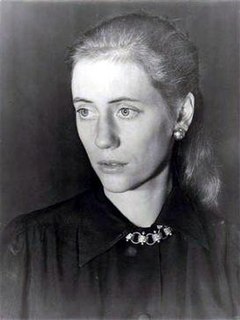